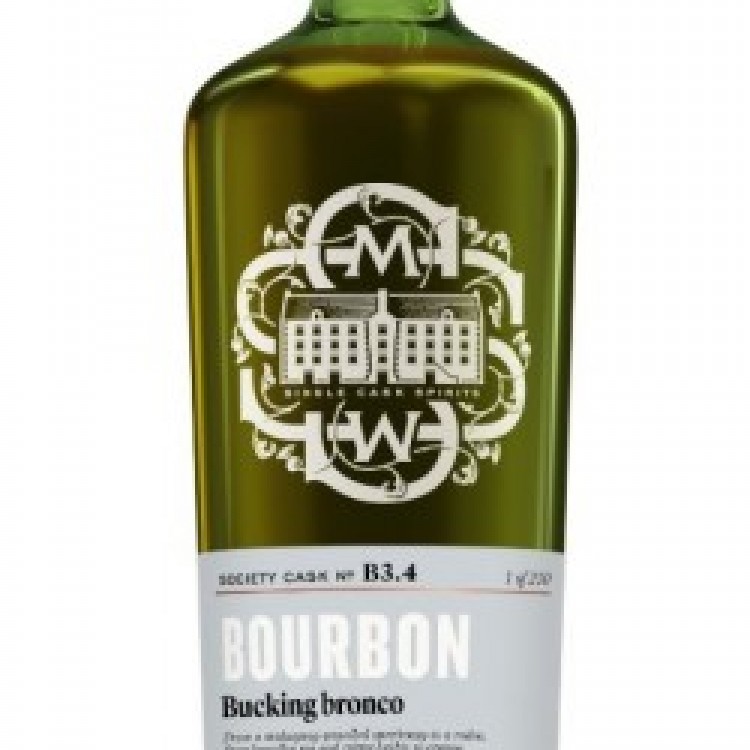 This one came to me via my SMWS membership (it's not often that SMWS bourbons show up in Canada, so I jumped on this one). Rock Town Distillery in Little Rock, Arkansas, is the first legal distillery in the state since Prohibition, and is responsible for the first-ever Arkansas bourbon. It was founded in 2010 by Phil Brandon, and all corn, wheat and rye used grows within 125 miles of the distillery.

This bourbon was distilled Sept 26 2013, and after three years yielded 210 bottles. I'm not totally sure what the mashbill is, but the Rock Town website mentions that some of their bourbons have a mashbill of 82% Arkansas corn, 9% Arkansas soft red winter wheat and 9% malted barley (their four grain bourbon is different so I'm not sure what this one is).

The colour is a coppery amber. On the nose we have ginger, black liquorice, cinnamon hearts (but subtle, it's not Fireball) and generous lashings of oak. Fruity with some orange peel, baked apple, banana and raisins. Water brings out wood smoke and a generic herbaceous quality. Surprisingly subtle on the nose (no bucking bronco so far...) but there's enough going on to sustain interest.

Livelier on the palate with fresh cut pine, pencil shavings, heavy oak, black cherries and more ginger. Mouth-pulling tannins. Seriously overstepped black tea. An odd eucalyptus note that I'm not crazy about here (mint would have been more elegant), which is magnified by water. The palate bucks wild but it's a bit all over the place.

The long finish is peppery with cloves, BBQ sauce and tobacco. I can see why the SMWS team liked this one - the subtleties seem more suited to a single malt than a barrel-strength bourbon, while the big flavours give it a real kick. Though not completely successful or balanced, it is interesting and a pleasure to drink.