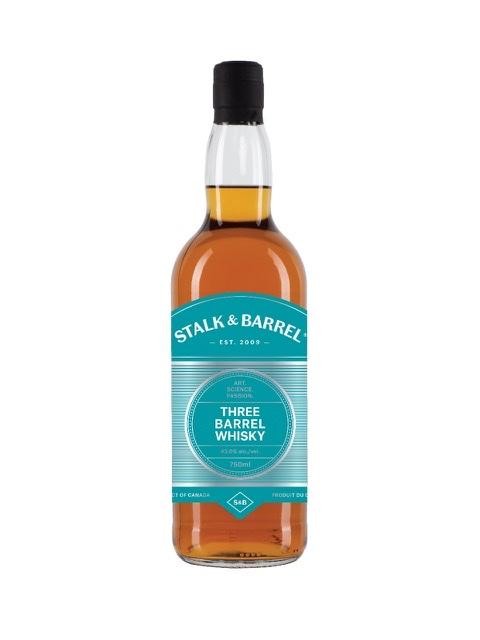 The Stillwaters distillery in Concord, ON has been around for over a decade, meaning they should be in a position to release a fully-matured whisky. Three Barrel is their latest offering. I had initially thought “three barrel types”, but apparently this is literally three single barrels set aside and blended: corn, rye, and malt.

On the nose it offers lots of vanilla and cocao. Also some alcohol vapours. Not quite as rich as I was hoping for. A slight hint of that earthy black tea aroma I found in their single malt, a slight hint of ginger.

Smooth-bodied on the palate, becoming hot and spirity. The flavour never really takes off before bitterness takes over. Something is amiss here. Their other whiskies have all been better than this, with the possible exception of the Blue Blend.

Once the bitterness fades, there is an echo of vanilla before the taste disappears. Pretty disappointing overall, even for a mid-range blend. Not intereting enough to take neat, not rounded enough to excel in cocktails, this tastes more like a new distillery’s first effort than a reserve bottling. After over than a decade of promise I was expecting something more.