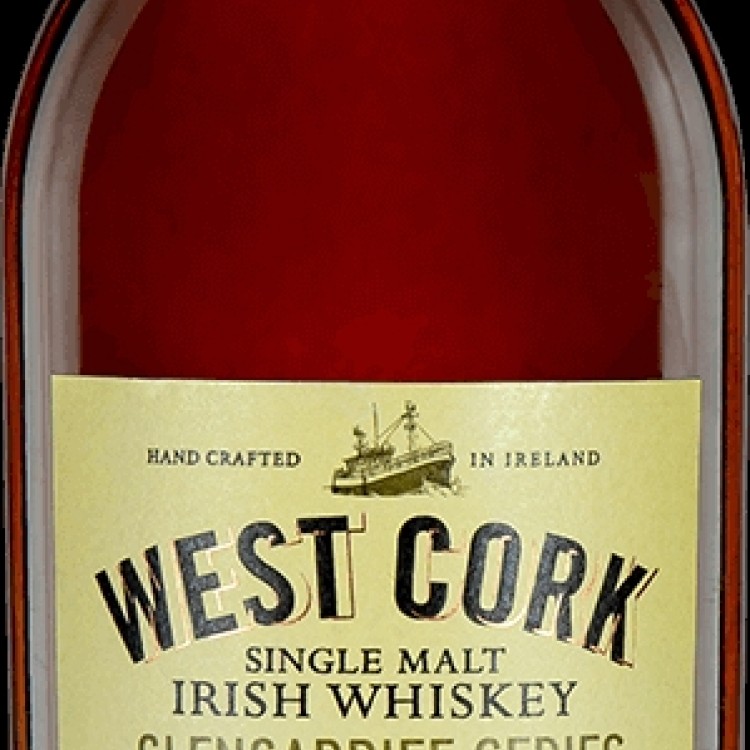 Got a few Irish whiskies kicking around that I haven't gotten around to writing up - since we have St. Patrick's Day coming up....well, no time like the present!

The only other West Cork product I've had was their 10 Year Old, which I hated. They've only been around since 2003 so I have no idea if that 10yo, or this limited release - matured in sherry casks and finished for 4-6 months in charred Irish bog oak casks - was sourced or distilled on site. 4,800 bottles of this expression were released.

The colour is a light pale gold. On the nose it has a metallic note that is off-putting and makes it seem young and spirity. Rather herbal with sage and tarragon, also blackberries, charred oak and lots of mint. Dark chocolate. Roasted nuts. With water those herbs become toasted with ginger, plus spent campfire. Unfortunately, the malt is somewhat hidden away behind the cask influence.

The palate is better with a silky mouthfeel, strawberries, light spice and a bit of that mint. Lots of ginger. Burnt orange peel. Maltier than on the nose, though water doesn't help by bringing back that metallic note. One could describe it as a sweet maltiness covered by an oaky wrapper.

The finish is toasted oak, white pepper, fuzzy peach and brine. Quite unlike most Irish malts you will come across; it is clearly a young, vibrant, spirity malt too messed with by charred oak. It's not bad, it's just.... I don't know, kinda weird.