@RianC sounds like a good haul. I have a bottle of the AnCnoc 24 but haven't opened it yet.

Who are the independent shops you've used?

@Wierdo - Edencroft wines (somewhere in Cheshire I think) and House of Malt, Carlisle.

Look like small boutique type shops and were the only places with any of them left at 'normal' prices. Have you tried the Flaming Heart or Glenfarclas yet mate?

@RianC I've not tried either of those suppliers before so couldn't tell you if they're reliable or not. You'll have to let me know how you get on?

I've not opened the Flaming heart yet. Just poured out the Glenfarclas 25. Will let it settle a while. Sitting on the sofa, binge watching Ozark with the wife!

@Wierdo -How did you find the farclas?

@RianC wasn't that impressed with it tbh. Tasted quite 'thin'. Glenfarclas could do with bottling it at a higher strength imo. Pleasant enough dram. Just feels a bit underpowered.

I've had a sample of the 25 before and enjoyed it. But you do seem to get a lot of batch variation with Glenfarclas which is a concern when you're spending over £100 on the 25 year old.

@Wierdo - I would concur 100%! I decanted the bottle recently and it's definitely improved but still not 'heavy' or punchy enough for me. Pleasant though, for sure.

My wife and I attended a Women Who Whiskey virtual tasting of 5 Penderyn expressions last week. The account rep who was leading the tasting offered to acquire any of the bottles at a reduced price including taxes. He also stated that he would also be willing to sell any of the other lines that he reps at the same discount. The bottle purchase is through a local restaurant and a food purchase is required when picking up the bottles. My wife really wanted to order a bottle or two and support a local restaurant at the same time. Who am I to argue?

My wife purchased a bottle of the Penderyn Legend which is the same Madeira finish expression as the original Penderyn flagship which is now in their "gold" line. The only difference is the Legend (in the Dragon line) is a lower ABV than the gold line. Personally, I would have ordered the Gold line version, but what the wife wants, the wife gets.

My wife also wanted a bottle from one of the other lines the account rep offers; M&H (Milk & Honey) Whisky Distillery (the first whisky distillery in Israel). She purchased their Elements Sherry Cask. It is the world's first and only kosher certified Sherry finished whisky. It is aged in ex-bourbon and finished in PX and Oloroso Sherry casks from Jerez, Spain (the casks are sherry seasoned for 1 year exclusively for M&H). 46% ABV.

I purchased a Port Askaig 10 year Cask Strength bottle. I've been wanting to try Port Askasig for years, but I can't seem to find it anywhere locally, which is odd since the account rep lives locally. Anyway, I took this opportunity to pick up a bottle because it is my understanding that this is Caol Ila juice. 10 year Caol Ila at 55.85% ABV sounds great to me, but considering it has some sherry casks in the vatting sounds even better! Cask make up; first-fill bourbon hogsheads (25%), refill hogsheads (60%) and sherry butts (15%). 15% may not make much difference, but I'm willing to take that chance.

@bwmccoy I haven’t specifically tried the elements expression, but my experience with Milk and Honey has been quite positive. I have a bottle of their Classic 3YO just released in 2020 and it is evaporating quickly. I had to put it away to ensure there is enough for a connosr tasting. Otherwise, I have tasted their newmake and 3 cask strength expressions. All were delicious.

@Nozinan - I thought I remembered you mentioning something about M&H and that it was positive. Thanks for confirming that! Looking forward to trying it. Picking the bottles up tomorrow, but since it is my wife’s bottle, not sure when she will want to open it.

@bwmccoy All my bottles belong to my wife. Keeps them Kosher during Passover. That includes the M&Hs. But she lets me decide when to open them...

I think I reviewed the 3 YO, and if you search "Milk and Honey" there is a whole thread. Of course, yours will not be exactly the same.

Let me know how it is when you try it!

@bwmccoy I've been seriously wondering about one of those Port Askaig 10 year 10th Anniversary bottles too - I really like the look of the cask make up. I'd love to know what yoy think of it when you open it. Please do tell

@bwmccoy Yes, do let us all know how you find the Port Askaig 10. I have one in the stash but have had a lot of Caol Ila recently so it may be a while before I crack it. Does sound lovely though and ralfy gave it a good score if I remember right.

Just the one purchase this month.

It's Sherry Cask matured so I'll probably open it this winter as I like to have a Sherry cask bottle open over Christmas! 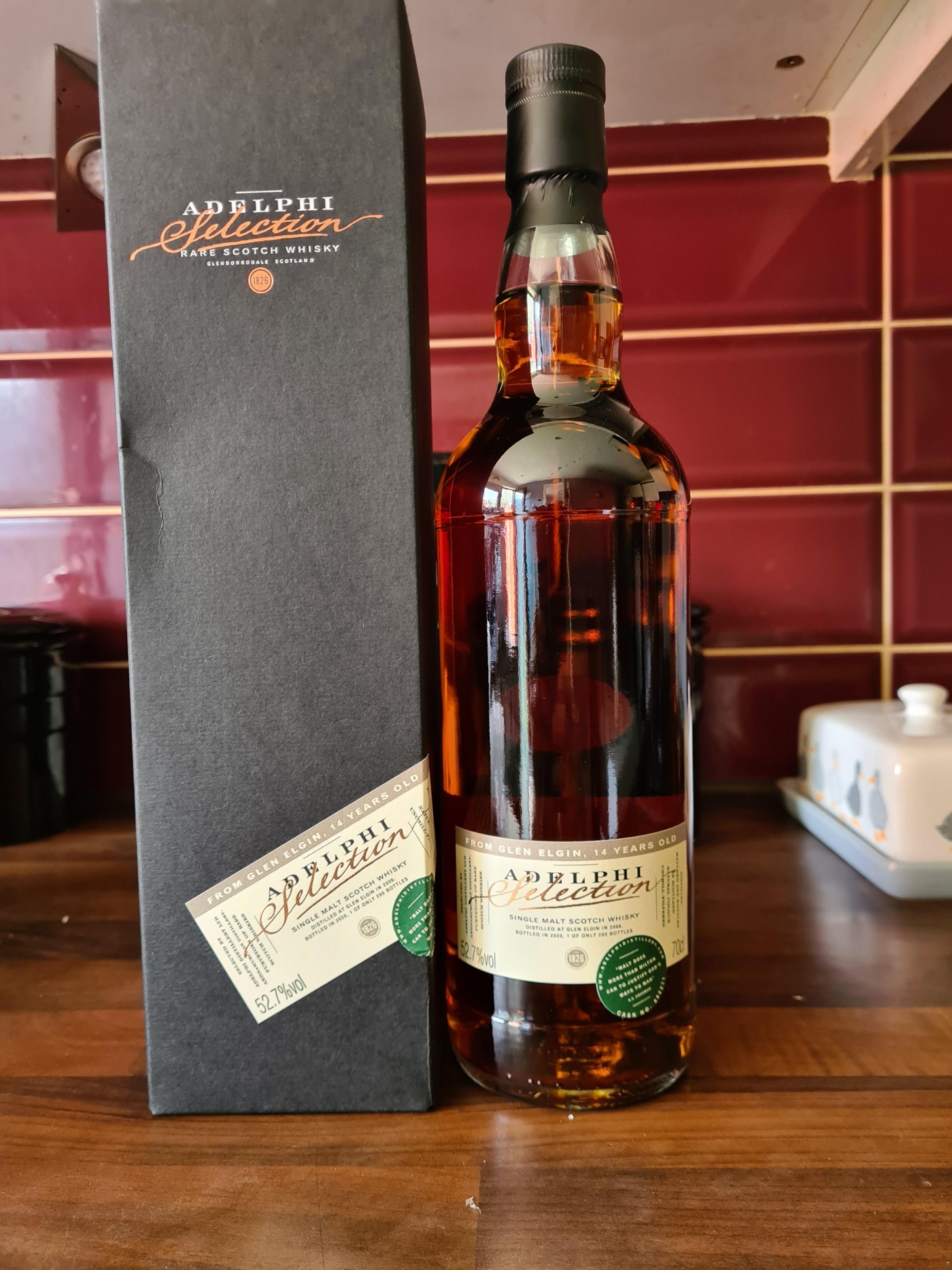 @Wierdo - Beautiful! Glen Elgin is a great distillery, but we don't get the distillery bottlings where I live. The only way to get it is Independent bottlers. I hope it is as good as it looks. If so, you are in for a real treat!

I am looking for the light side of life during summertime. I want to enjoy the small things in life and stay away from the negativity on the internet. First, I have to reveal that I am a Dutchman, which means I don't like to spend money on marketing driven whisky. I went to the other side of the whisky market this time. That is quite a change for a snobbish consumer I went for the whisky on the edge of the bottom shelf in a low market liquor store. Did I buy Lambertus? Did I buy moon shine? Nope. I bought a bottle of Tomatin Legacy for 20 €.

@NamBeist Let us know how it is. I’m a big fan of Tomatin, especially the 14 Year Port Cask. I’ve bought the 12 year most often and I’m curious to hear what their Legacy/Dualchas/3 year old is like.

@OdysseusUnbound I will write a review soon.

@NamBeist You could certainly do worse than that from the bottom shelf.

oops, wrong thread. I have reposted on What are you drinking now.

Was torn between this or the Tobermory Marsala finish. 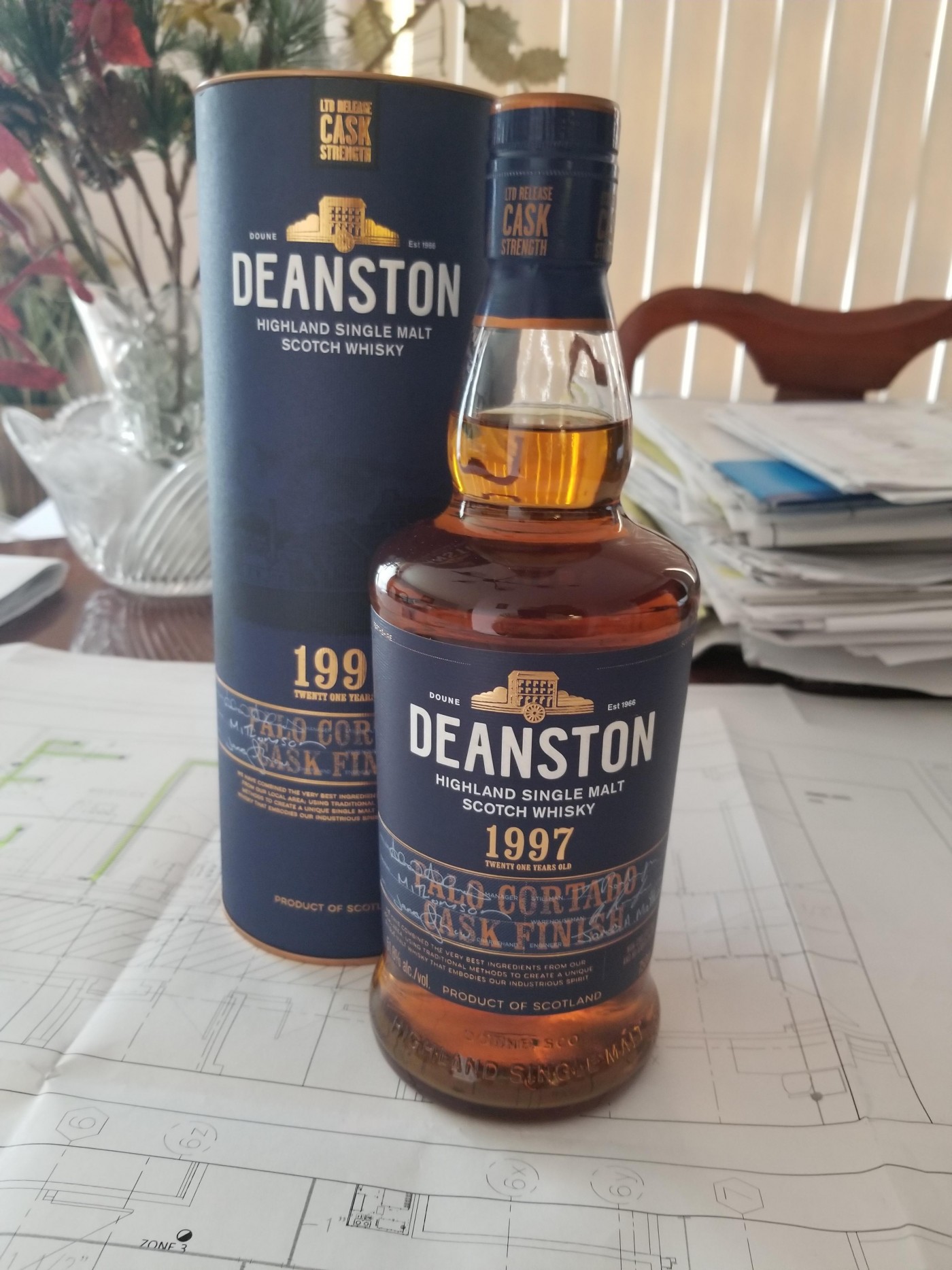 @Astroke which did yo decide on?

@OdysseusUnbound I've yet to try a Tomatin. Is the 14 better than the 12?

@Wierdo Definitely. The 14 Port Cask is a whisky that hit all the right notes for me. Bottled at a respectable 46 % abv, the malt/spirit character is evident, the wine casks are present but not overwhelming, and not even a hint of sulphur.

@Astroke. That Tobermory sounds interesting too.

@BlueNote Pretty much the same score on whiskybase for both releases. Was kinda talked out of the Tobermory Marsala 19 year and the amount of bottles of the Deanston was stated at 277 on numerous sites, so.

Considering the LCBO had 120 bottles of the Deanston I believe the 1680 bottles suggested on 1 or 2 other sites to be a more accurate number. That said the Tobermory sold out quickly and there are plenty of the 3 Deanston releases left.

@Astroke You guys are spoiled for choice back there. Haven't seen either one of those out here on the wet coast. Might have to see if my nephew in Hamilton can look up a couple of items for me.

@BlueNote Or better yet, I heard today that flights are pretty cheap between Toronto and Vancouver. And there is some cask strength Bowmore and other treats waiting for you...

Today is the monthly outturn of new bottles for the Scotch Malt Whisky Society in the states. 20 different bottles were released today and while I would have liked to order several of them, I showed extreme restraint and only ordered one (actually, my wife was a significant factor in my restraint). Anyway, this is what I purcahsed;

Why? Because it is Caol Ila and because, apart from the distiller's edition, wine finished Caol Ila is somewhat rare.