Yes, yes, yes, discussions about whisky prices have become rather predictable and can usually be summed up in the rather crass, yet astonishingly appropriate phrase ... 'bum f*#%ery' ... so why bother?

Well, we all know the game being played by distillers and, in fairness, were I the proprietor of a distillery I'd be a little silly, and a terrible businessman, frankly, were I not to take at least a little advantage of the current whisky fad.

However, a nastier than the usual seasonal virus' has managed to single-handedly bring the worlds economy to a very dangerous 'lull' and, whilst I'm no Dicky Branson, I suspect even harder financial times in the year(s) ahead for most of us mere mortals.

So what will all this mean for the prices of whisky moving forwards? Will the status quo reign supreme or will distilleries attempt to milk the teat even drier while they still can? Will producers complete their turn to the dark side and finally price out the oiky-tic yobbos who have been greedily climbing over themselves to get the latest releases, favouring instead the ultra-premium and exclusive market? I mean, there might not be many of them in that 0.1% but they sure have a lot of spare wedge burning holes in their outdoor swimming pools ...

Or will good sense and business acumen prevail, so we might see distillers recognise the trend and their market (it can happen!) and maintain a healthy balance between quality and affordability, whilst still managing to offer more exclusive choices to those lucky bastards who are much richer than me! Ah, the politics of envy ... it's good for the soul I promise you, ha!

One kind of feels that this would be a perfect time for the bubble in whisky to finally burst, as many folk might seek to cut down on their luxury spending and instead look to less expensive hobbies, favouring seeing their cash tucked away safely in the vaults of the, soon to be, new to 2021, world 'super-bank'. Somewhat contrarily though, I suspect whisky sales (on-line in particular) have sky-rocketed this last year, as no-one is going out spending cash in bars, instead stockpiling their home bars and bunkers with enough booze to either rot one's brain to the point of happily not-caring, or to trade for life-saving goods and barter in the shadow lands of the impending and inevitable societal collapse.

What exactly will happen I'm not sure and, in reality, probably not too much too soon, but it will certainly be an interesting watch as the months progress and I honestly feel that, sooner or later, distilleries will have to pick a side, as it were, or simply flounder on the banks of time like a fish on a dried up river bed. Blub blub. 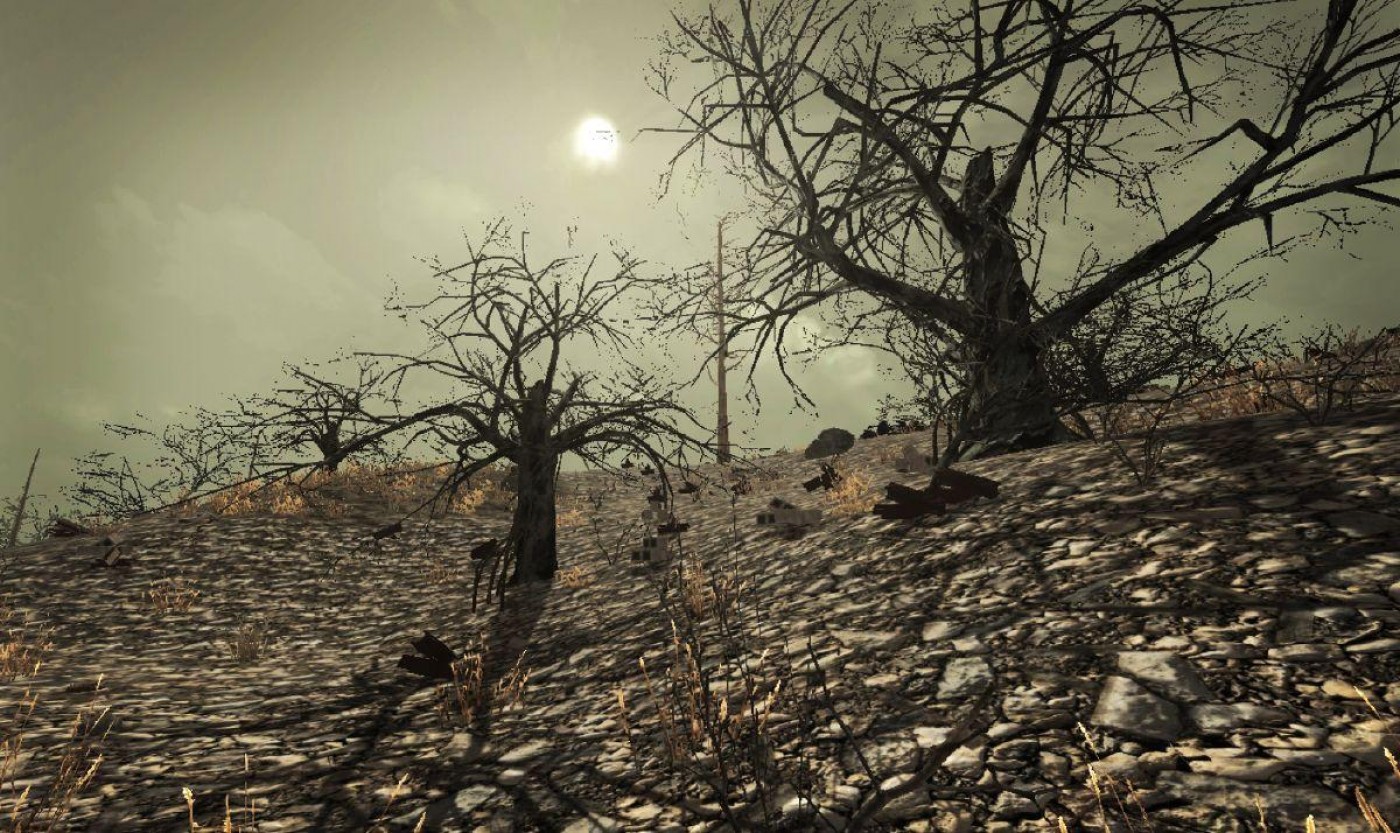 I don’t have a crystal ball, so my guess is no better than anyone else’s. I’d love to see whisky prices drop across the world but I don’t see it happening. In fact, I think many companies will use the pandemic as a reason (an excuse?) to raise prices, irrespective of the actual effect of Covid on their operations. But maybe that’s my cynical nature coming through.

I suppose the only thing that would force distilleries to give more quality for price, would be if they have no customers to sell their stocks of pricey offerings to. This would creating a trickle down effect of adding good quality barrels that were ear-marked for higher priced bottles into batches/bottlings that sell for less. E.g. If the shelves are already full of Master's Keep, you might just find that the Russell's Reserve tastes a bit better...and consequently the WT 101 is just a bit less harsh, and so on. I'm sure it COULD happen, but would take some time.

3 months ago 4Who liked this?

All I see in the south of the US is bourbon continuing to go wild. The appetite of American consumers for bourbon is beyond shocking to me. The availability of standard affordable good quality bourbon is there. Do you want a good decent bourbon for $30-$50? We totally have that on the shelf. But customers are going crazy for high-end or hard-to-find bourbon. People are ready to spend $100 or $200 for “good bourbon.” The problem? There is virtually nothing in that range. So, we are seeing bourbon companies starting to provide options in that price range.

It is easy for the average consumer to walk in and say, “I want to spend $150 on a nice whisky.” What are they going to walk out with? Scotch. But they are asking for bourbon. The problem? There is nothing on the shelf at that price. So, I am seeing Barrell Bourbon offering 14 year old bourbon for $130, Joseph Magnus offing finished MGP bourbon for $100 and more. And don’t get me started on Whistle Pig.

We were just watching a TV program called “Absentia” and the heroine was in Moldova undercover. In the high end bar the bad guys says what would you like drink? She replies, “Pappy.” And of course they pulled out a bottle.

No, I think the world of bourbon is only beginning to explore with world of premium bourbon. Clearly people are willing to spend big money on the secondary market for Pappy and BTAC. I think it is only a matter of time before companies start actually pricing their whiskies where they stay on the shelf for a day. I am seeing that with Buffalo Trace, Eagle Rare, Old Weller Antique, Blanton’s and Booker’s. Prices are going up. They still keep flying on the shelves. At some point they will find an equilibrium.

So, what is my prediction? Brands will become more “premium-afied.” Higher prices. No end in sight.

3 months ago 6Who liked this?

American whiskey is a weird and wonderful world unto itself. I personally don’t get it. I can still get some very good 20 year old plus single malt Scotch for $200 or less. My taste buds don’t particularly like the sweetness of Bourbon, Irish whiskey and most Canadian whisky. I seem to be in a distinct minority in that regard. Scotch single malt whisky still works best for me and the prices, for the most part, are still within reason (except for the stupid over the top stuff that doesn’t interest me anyway).

Food for thought indeed, gentlemen. @Nock 's Absentia story nicely illustrates the way whisky is, and probably always will be seen, by large swathes of the masses; that is a high end, luxury item that only the rich, famous and/or eminent members of the criminal underworld should be drinking

To that end, I agree, producers will always want to cater to that very lucrative market. In bourbon's case, I wonder how long this will last for. @Nock suggests no end in sight, and he may well be right, but I wonder what will happen to the market once the economic fall-outs, high unemployment and so on start to really bite? I'm guessing that in the US, having bourbon as a premium item is a relatively new phenomenon and quite a cultural shift, a fad even, for many? Will this appetite remain in perpetuity? It's interesting to watch, anyway ...

As for Scotch, here in the UK I would say prices have largely stalled, if not come down a fraction, over the last five years - but that isn't to say they are cheap or good value for money! Any further increases at this time would likely do more harm than good, from a sales pov, and this is why I think little will happen, in the short term at least.

@OdysseusUnbound - it would not surprise me though if we see little creeps upwards as distilleries try their luck in the market. Much will depend on how mobile and free society becomes, and how quickly. Another year of lock-downs would no doubt see increases to spirit sales in general.

I dont see overall sales falling anytime soon so, @dloewen, the chances of the quality of blends or lower shelf stuff improving is slim. That said, it's worth considering how much whisky must be being made currently - It must be at a global all time high. It wouldn't take much of a fall-out in sales for the industry to suddenly find itself with a huge surplus on its hands in the not too distant future. Now that could be a game changer ...

Distilleries have been adding production capacity at a feverish rate for several years. As this new ‘stream’ of whisky comes of age, pressure on aged stock will be reduced and—with luck—prices will come down.

@MRick We can only hope.