Average score from 4 reviews and 4 ratings 94 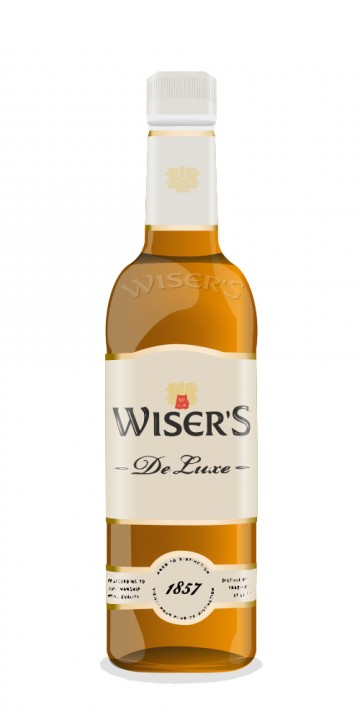 I know this will review will be tagged as July 2, but it’s still July 1 in Toronto. I just got back from a quick trip to Calgary to celebrate the upcoming 40th anniversary of my wife arriving in Canada as a refugee (Thanks Joe Clark for making it happen), and I met 5 of the original sponsors. I picked up my puppy and brought her home (my mother must be relieved, given the puppy has “relieved” herself pretty much everywhere except where she was supposed to the last 3 days). She is tucked in bed, my older kids and their mother are still away (yes, I miss them), and I’m determined to review a good Canadian whisky on Canada Day.

I don’t have a lot of experience with Red Letter. I’ve hunted it successfully in Calgary but most of those bottles have gone to a friend. Seeing 2 at a shop for $106.29 plus tax (not bad for a unicorn) put this one back on my radar. The ones I see in Calgary are the 2015 release. After I received one as a gift last year, @paddockjudge was kind enough to give me this sample of the 2013 release. I’m sure I’ve tried Red Letter with him a couple of times before but this is my first time delving into the nuances.

Aside, it shows how far I’ve come when I’m delving into nuances of a Canadian Whisky. 3 Years ago I would have scoffed at the suggestion. But I’ve gained much respect for the genre thanks to gems from Forty Creek (before Campari) and (more recently) WIser’s, Corby, etc…

I can’t tell you the grains that are in Red Letter. Probably mostly corn. I can’t confirm for this release but the 2015 release (shown in the picture) states it is not chill-filtered.

This expression, tasted in a Highland whisky glass, is reviewed in my usual manner, allowing it to settle after which I take my nosing and tasting notes, followed by the addition of a few drops of water, waiting, then nosing and tasting. Yes, water. I rarely use it in most Canadian whiskies, even at 45%, but this is for the review.

Very Canadian Rye nose. Spicy, a little dusty. Lots of caramel and some vanilla. For 45% there’s a lot to smell in this whisky. Something fruity, maybe apple. Maybe the bitterness of citrus pith. Not too complex, but very solid and quite pleasant. Water brings out some fruit syrup (like in a fruit cup) and softens the spiciness a little.

A little thin on the palate upon first sip. The second sip, about 2 minutes later, is more rich. Sweet but not overly. Lots of caramel, vanilla, a bit of pepper. Sour in the development. This is a spicy (not spirity) whisky. Not a lot of difference with water. Maybe a little more fruity.

Astringent. Peppery, medium-long. More pepper in the finish with water (21/25)

This is a solid Canadian whisky. The nose and palate are complimentary. Not too complex but bold, even for a low (45%) ABV.

A few years ago I was at the LCBO and someone was asking one of the employees to recommend a good Canadian whisky for an American who was into whisky. She was given a recommendation of some of the standards. Having heard its praises sung by @paddockjudge, I piped in and suggested this one or FC Confederation Oak (at the time both were plentiful). I now know I made a good recommendation.

A couple of years ago, after exploring some other Wiser’s products (Legacy and Dissertation primarily) I had an epiphany, and could say “I finally get Canadian whisky”. Had I had access to this one, it would have fit in. This is a solid, flavourful Canadian whisky.

I would very much like to try this next to the 2015 edition.

All of the Red Letters ('13, '14, & '15) are ncf, natural colour, and from the same Bond. Don Livermore told me circa 2015 that Red Letter is a 13 YO double distilled corn whisky finished in new American Oak casks. The 2013 version would be approximately two years younger than the 2015 release.

Many thanks to @Nozinan and @Nosebleed for harvesting a few of these dusties and delivering them safely.

This whisky is aged 10 years in American bourbon barrels and is then further "mellowed" in virgin oak casks. I say "mellowed" since virgin oak casks have capacity to impart some pretty strong flavour. It is bottled at 45% ABV, rather than the typical 40% found in almost all Canadian whisky. Additionally, it is non-chill filtered - both a process that isn't often stated on a Canadian label and a practice not that common within Canadian whisky - in fact this is the only non-chill filtered Canadian whisky at the present time as far as I know (I'm not sure what the craft distillers are up to!). This should give better weight and texture to the whisky as the oils and fatty components in the spirit are not filtered out to increase clarity. At the present time, this is the most expensive Canadian whisky you can buy in Ontario ($115), and is a limited edition with stock diminishing at present.

Nose: At first my nose picks up some fresh/baking rye bread notes, toasted oak, and toffee. Some cedar comes through, along with some wonderful earthiness that reminds me of moist soil with lots of vegetation and roots. Some vanilla and maple comes through as the nose sits some. It's intriguing, and deep, but a bit quiet. There's a bit of tawny port-like fruitiness and some interesting earthy vegetal notes of beets and celery root - though these are very slight. I smell a touch of sourness and spiciness, though it is slight. The nose seems fairly closed, and I find I get whispers of what might come rather than clear declarations. In that sense it is intriguing, yet also could be a little more outspoken. 87%

Taste: This one goes down easy! quite buttery in its feel and slightly sweet, with some spicy rye and a beautiful kick of spice at the end which keeps developing for quite some time. There is some sharp and grassy rye throughout, and with some vanilla and oak backing. The grains seem to shine through in this one as well, and you can taste the rye and the corn involved. Rye bread comes out quite nicely in this one, and the rye in this is just signature Wisers. It goes down quite easily, as I said, and is quite balanced. There are some citrus notes and grape-like fruitiness in the background, and are simply present just enough. You can sense the bourbon backbone of this whisky - it is fairly gripping especially towards the end - but I find I mainly notice this if I'm sipping it slowly, interestingly enough. I find just at the end of the palate the flavour drops off a bit and alcohol primarily comes through, which isn't quite what I'm looking for. However, overall, this is fantastic stuff. This score would probably be a touch lower if not for the incredible weight and feel of the whisky, which does help it out a lot. 93%

Finish: dry with the tannins, and a beautiful glimpse of rye and vanilla with just enough acidity to keep you quite interested - the spiced picks up, with some cinnamon and clove, and the movement continues for some time in the finish which is excellent. I find I get some apple peel after some time as well. Quite excellent. 93%

Intrigue: Frankly, I was a little disappointed with this when I first sipped it. It's balanced, and has fabulous texture, feel, and profile - but it just doesn't quite seem to speak loudly enough. I find I am straining to search for smells and tastes rather than them coming to me. I wish it just wowed me some more beyond the presence and feel in the mouth. Nice to see some advertised non-chill filtration i Canada. I hope some other distilleries catch on. 90%

I very much want a taste of the 2013 Wiser's Red Letter. The 2007 Red Letter I have had and was very impressed with.

@paddockjudge, will you bring some 2013 Wiser's Red Letter over for me to taste?...when the time is right....

Wiser's Red Letter was apparently an old recipe that was re-bottled in 2007 to commemorate the 150th anniversary of the old Wiser's distillery in Prescott ON. It was a limited edition of only 6000 bottles, all of which have been long gone, so this is now impossible to find. I had the fortune of being given samples from two different bottles. One of them has been open for almost five months; the other has been open for 2 1/2 years. My notes below are on the more recently opened bottle.

The palate is a burst of toffee and vanilla, followed by a rye sharpness of grapefruit pith, lemon and lime. And salty with some heat! More wood notes emerge (more of that cigar box), and seems to get more and more oaky with time. Mouth-drying. Water adds a silkiness to the mouthfeel and reduces the saltiness. So much going on with this one, it is enormously complex while still being easy to drink - no mean feat.

The finish is quite balsamic with lingering underripe fruits (bananas, apples, pears) and quite a bit of hot pepper. This is a real pleasure to drink - very complex and almost challenging - but endlessly fascinating. An incredible whisky, one of the very top Canadians I've ever had - if not the top! If this interests you, Jim Murray went ballistic over this, scoring it a 95 and awarding it Canadian Whisky of the Year in his 2010 Bible. If you ever happen across it (I'm pretty sure I saw it on the shelf in a whisky bar in Vancouver once), or it comes up at auction - buy it.

Well, this is the last of my "Bunch of Canucks" series...until Canada Day that is, when I open a couple of quite rare whiskies I still have on my shelf...

A new version of the Red Letter has just hit store shelves in Ontario - this one stating it is "non-chillfiltered", but also at 45% abv.

Thanks @RoganFox - very kind words! A quick internet search jogged my memory - unless I'm confused (which is entirely possible), it was the Shebeen. But I could be wrong. Worth calling and checking. Otherwise, I would keep my eyes and ears open, and keep my eyes on auction sites like Bonhams to see if they ever show up (rare old Canadian whiskies sometimes show up at Bonham's NY auctions). And tonight I learned that Canadian whisky goes well with bratwurst & sauerkraut while watching hockey.