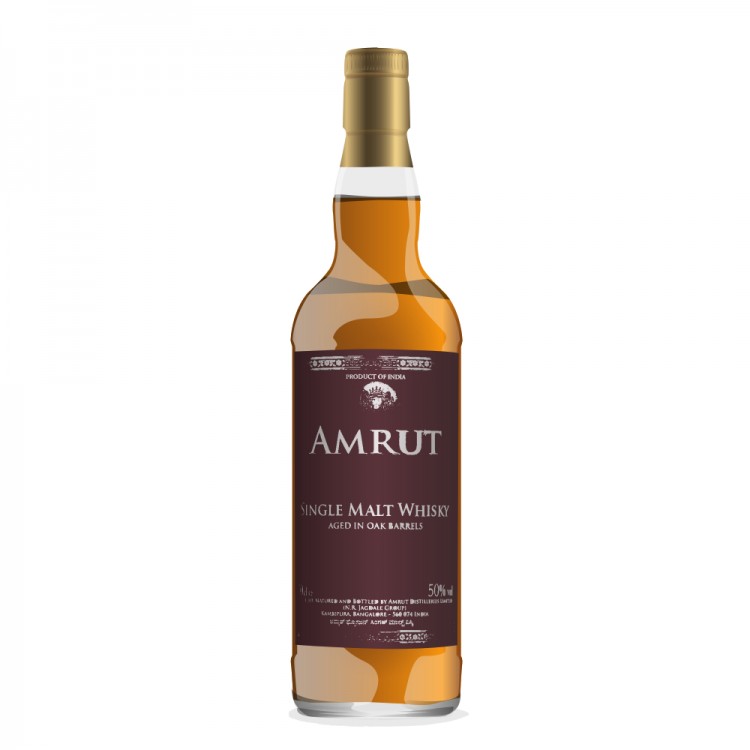 A 3cl sample bottle from Whisky Online, my first Amrut.

Nose: Amaretto, coconut cream, maple syrup, custard, vanilla bean, roasted cashews, fudge, meringue, cream profiterole, sweetened cream, mango, ice cream, honeyed malt, rice pudding, sultana, fig, lychee. A unique nose unlike any I've experienced so far. It gives off some obvious bourbon notes but there is something else running through it that is accounting for the tropical fruits. What a marvelous nose! Thought I also detected a hint of green herbs (maybe mint). With water: Intriguing - addition of water introduces a fragrant note not unlike that found in Japanese single malts.

Finish: Bitter tannins, feisty after-burn (thankfully short-lived) through which the oak again appears prominently in a splinter-dry manner. Malt lingers a while as the whole mouth and throat dries further. The second swallow and beyond leave progressively sweeter notes in the finish, going some way to redeem the two-pronged alcohol and oak attack.

Balance: Nose has complexity in spades, only just falling short of "superstar" status due to alcohol bite. Palate however is a big step down, failing to live up to the expectation of the nose, delivering an oak injection that is unexpected and sharp. Oak and alcohol dominate the finish, leaving the malt only to the very death of the finish to be heard. There is definitely some young and "rough" whisky here, but it's certainly not all bad.

Time to polish off the last 15ml (1.5cl) of this sample bottle. Is this any better balanced now after 4 weeks?

Nose: Fragrant, sweet (chocolate), icing sugar, maple syrup, coconut, lamingtons, mango, star fruit. Very inviting! I just made an "aahh.." sound. I could nose this all night (yes I say that all too much, but it's really true). Sweet fruit combo reminiscent of fresh Old Pulteney 12 which is a huge compliment.

Taste: Zesty, spirity, oily (nay, greasy even), minerally arrival with malt and spices arriving behind. Milk chocolate, a certain nuttiness. Does not adequately carry on what the nose started unfortunately, with some rough edges showing on the palate. Nice mouthfeel however, crispness of the malt is most welcome.

Finish: Dry malt, citrus zest continuing. Warming. A touch of bitter spices at the conclusion, in a short-medium, "bourbony" finish.

Balance: Quite well balanced despite the flaws, but no real complexity beyond the nose which is easily the best part of this whisky.

END_OF_DOCUMENT_TOKEN_TO_BE_REPLACED 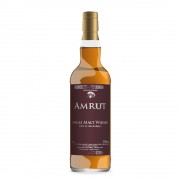 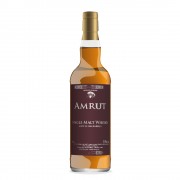