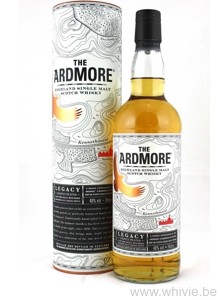 The Armore Legacy is a NAS whisky from the Highlands that was introduced in 2014. You might say it is the follow-up release for the Traditional (although you could say the same of the Ardmore Tradition). It is mildly peaty and was finished in smaller Quarter Casks.

The nose is accessibly sweet on toffee, honey and some vanilla, shows a hint of aniseed and has a mildly smoky edge. You can tell that some peated barely was used, but it is not a peat bomb at all. If you were expecting this, you were misinformed.

It is quite feisty on the palate, to be honest. The peat is a lot more prominent than the nose promised. But it is mostly a sweet pepper party.

The finish is nicely long and reminds me of charcoal that slowly loses its warmth.

Nice entry level whisky for those who are not yet ready for the peat bombs of Islay, but want to take their first steps into that realm. Around 25 to 30 EUR, which is dirt cheap. Thanks, Pat!

END_OF_DOCUMENT_TOKEN_TO_BE_REPLACED 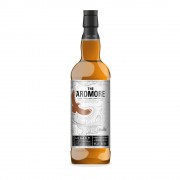 END_OF_DOCUMENT_TOKEN_TO_BE_REPLACED

They replaced the more strongly peated Traditional with this less peaty—and much more watery—thing, right? Boooooo.

@Ol_Jas That about sums it up, indeed...

You give both this and the TC the same score. I used to semi-regularly buy the TC, as it was a decent scotch with a great price. I haven't picked up this new one, as its weaker and initially costed more (now actually back down $1 less that the old TC). Is this a decent replacement for the TC or is it too weak?

In my opinion it is not too weak. I find it a decent replacement (hence the same score). But it remains, imho, an entry level malt.

@Taco , I haven't had this new thing, but by all accounts it has much less peat than the Traditional. So even if the quality is similar, like @markjedi1 says, you probably shouldn't expect a similar experience.

that's sad. I liked the traditional cask for its smoke.