Average score from 3 reviews and 22 ratings 81 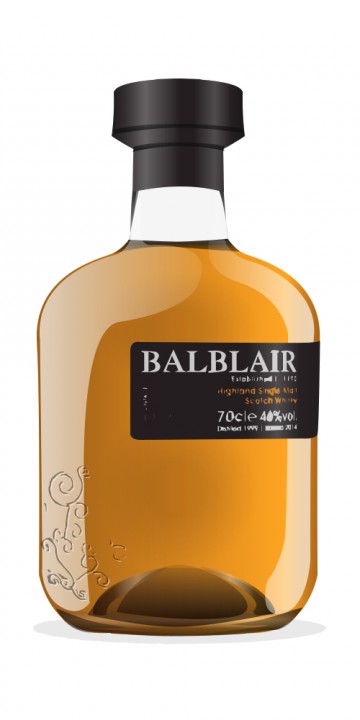 Ralfy said that this is the Champagne of single malts. I agree, at least when it comes to movies. For me it is like Hitchcock's movie Champagne. Not his best work, but a nice showing. Kinda like Vintage 1989 by Balblair.

This is a 20 year old whisky and a very popular. But I did like the 1997 version a bit better. Don't add water, at least too much, if you must have to add!

Nose: Tangy with vanilla and heavy citrus. Some floral feel. Stingy at the start but gets smooth.

Finish: Honey and peppery notes. Delicate with a nice length and a fresh feel.

Balance: Nice dram in good balance, too bad I ruined the last bit of my drink with too much water. Didn't get the full complexity this might have offered.

Nose : Still very fruity like the 2000, but heavier with more oak , raisin and dried banana and pineapple. More complex, and wood. spices are there too.

Palate: Fruits (raisins, sultanas,banana, apple) and some cherries dipped in sherry, Spicy ginger and again that white peppery thing is noticeable. The 2000 DNA is also in full motion here, but more complexity and heaviness due to the wood influence . Complex stuff. Lovely.

Thanks - very good - I have been wanting to push my ratings down so as to eliminate "grade inflation" ("we love everybody, man"); maybe we should start low - I had some Dalwhinnie 15 that was not totally horrible but I would never buy another albeit maybe sample some to confirm my existing experience. What should I rate that I wonder - it was oily and not particularly complex or tasting. Maybe a 70 means - barely drinkable - below that and you are hurting yourself... I should that really be a 50???

galg - You seem to have an impressive review but a little slight on the score relative to what I would have thought. Are you typically a tough scorer? I sometimes wonder if we are too easy. What would rate an HP18? I saw your Ardbeg Corry at 90. I am thinking about getting either the 1989 or 1991. Any recommendation with the distiller's 1991 vs. Duncan Taylor's 1991?

Balblair is one of the oldest operational distilleries in the Highlands, a little to the north of Inverness. It was founded in 1790. After having been handed over several times, the range underwent a complete overhaul in February 2007. There are now three official expressions: the 1979, the 1989 and the 1997 (not counting the duty free expressions).

The looks of the bottles is completely different and quite daring for whisky. The gift boxes don't look like much in my opinion, but obviously that has nothing to do with the taste. As far as I was able to find out, there were only 30 casks made for the 1989.

The nose is fruity, but rather boring. I smell primarily fresh green apples and pear. It's even a little metallic. I'm not impressed.

On the palate, it opens up a little. Quite sweet with peach and chocolate, lightly spiced.

That spiciness continues on in the finish, supported by some vanilla from the American oak.

This isn't an earth shattering dram, while good, but somewhat dissappointing for the price tag attached to it: about 45 pounds. Good, but too expensive.

As a revision to my above comment. I have agree with Mark re: the 1989 being a little boring - and with further review have become slightly disenchanted with the 1991. A little "malty" (that is the best word this newbie has available at present). Regardless, the Whiskey Shop still gave me a great deal to do my research with!

I will be trying the 1997 shortly and providing feedback there.

I picked up a bottle at $62US from Whiskey Shop in the UK (Neil Jamison went to bat for me on a quite a load including help on the shipping). I will be comparing with the Balblair 1991 which I enjoy a great deal - a little sweeter and less woody but of equal quality to the Tally 18 and the HP 18 as far as this novitiate can tell.