Average score from 3 reviews and 4 ratings 85 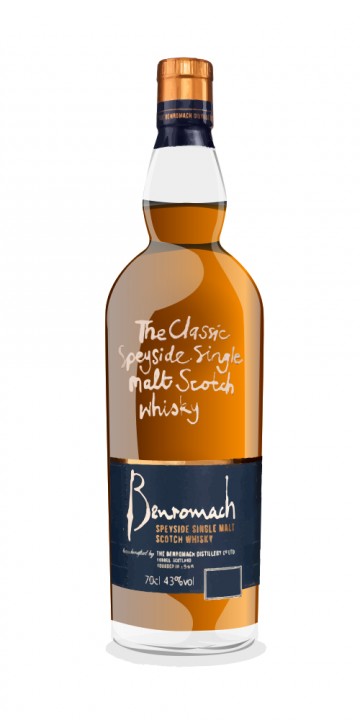 This interesting bottling features malt distilled in 2004, matured in a combination of bourbon barrels and sherry casks (for I think five years?), then finished for 18 months in Sassicaia wine casks from Bolgheri in Tuscany. Not sure if I've ever tasted Sassicaia wine (probably not) - if you have, let me know what it's like!

The colour is a rich, creamy gold. On the nose we have rich, dark fruits (dates, rum-soaked raisins, black cherries), damp leather, tobacco, cinnamon. The malt with the very light peat in the background ties it all together. Water provides a little more balance.

The finish is ashy, a little dry and slightly bitter. Not in a bad way, but it seems to speak to the youth of the malt. This is a very interesting contrast to the 10 year old, and makes for a good study in the influence of wine cask finishes (which I tend to be hit-and-miss on, but the hits I've had are fantastic). Tasting them side-by-side illustrates remarkably how the Sassicaia flavours integrate with the core malt. I suspect this would be pretty fantastic with a few more years under its belt, but who knows...the fellows at G&M know what they're doing.

Still hunting for the perfect summer whisky, continuing through heaps of delicious whiskies, left right and center, when I decided to crack the Benromach Sassicaia Wood Finish.

Sitting here watching the final season of Breaking Bad, I do believe this whisky is the perfect accompaniment to it.

It pours with just the faintest pinkish tinge to it (so I say, my wife says I'm insane, but I've poured at least 4 different times now into the glencairn (separate days) and each time I look at the whisky I go "whoa that's a lil pink!"

This is another no age statement from the crazy guys at Benromach, but the spirit was distilled in 2005, making this whisky roughly seven to eight years old. It's a peated whisky and it's a Speyside distillery which isn't the most common match ups out there.

The nose is soft with peat smoke (not Islay style, much more mellow and mild), a hint of ash (as my wife describes it), toasted oak, heaps of vanilla, lots of fruit, raspberries and cherries, toffee, soft spices of cinnamon and nutmeg, you can easily get the wine's influence on the nose.

I've got to be honest I'm totally digging this whisky's nose. It's sweet (like how we're on the final season of a great tv series), but with the right level of . . . not harshness, but slightly in your face the way Breaking Bad is.

It's got a nose that I can definitely spend a lot of time with.

A long finish with faint fruit and a hint of smoke end this whisky.

I do believe that I could happily drink this whisky all day, no matter the weather. I'm totally digging it, love the wine's influence, love the smoke and peat, love the fruit. Why have I not tasted this whisky before?!

The only thing left that I can say about this whisky is that it runs about $100 AUS a bottle, IF you can find it, I totally think it's worth that price and now I have to go find a bottle of this for my own personal collection!

Tenuta San Guido (the owner of Sassicaia) has a tremendous fondness for Benromach whiskies, so much so that he contacted the Distillery asking if they would like to use some of his Tuscan wine casks for maturation. Benromach greatfully accepted and laid their whisky in the Sassicaia casks for 29 months before finishing them in bourbon.

This is another good whisky, very enjoyable (apart from the harsh nose), again its a pre-dinner dram. One minor floor is i think its been dominated a bit by the wine. There are hints of what i associate with Benromach, (malty, slighty cereal, fruity spirit), but mostly its a bit wine-y