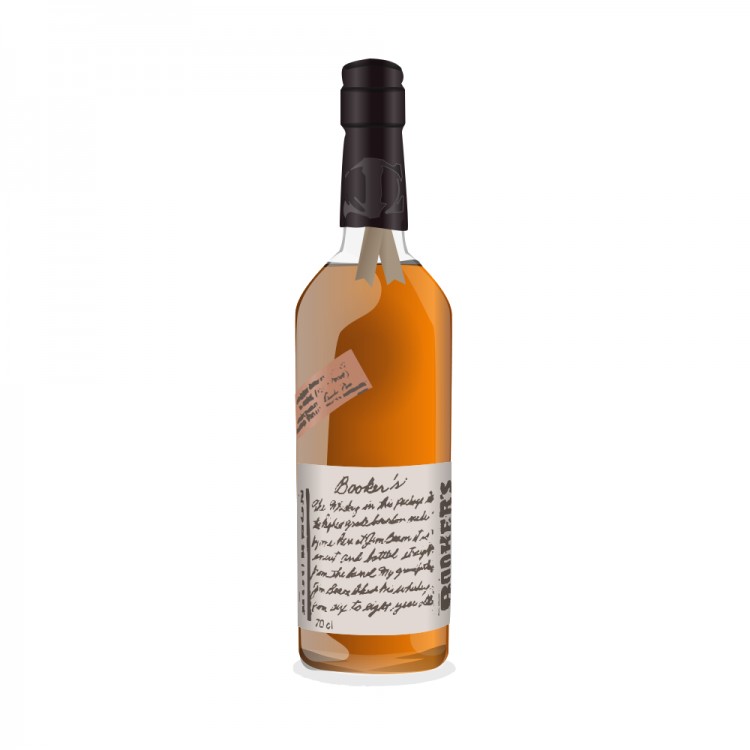 Frederick Booker Noe II, 1929-2004, known simply as Booker, was Jim Beam's grandson and master distiller at Jim Beam for more than 40 years. During his lifetime, he was widely regarded within the trade as the single most knowledgable authority on bourbon whiskey production. In 1987 Booker Noe introduced Booker's, the first Beam small batch bourbon product, as a private offering. In 1992 Booker's was offered to the public for the first time. Booker's is unfiltered and undiluted whiskey straight from the barrel, just the way Booker himself preferred his whiskey. During his lifetime Booker himself is said to have selected all of the barrels for his whiskey himself. Booker's bourbon is aged between 6 and 8 years, and shares the standard Beam medium rye mashbill with the Jim Beam line of bourbons and Baker's small batch bourbon. Alcohol content for Booker's Small Batch runs between 121 and 130 proof. The review sample is from batch # C00-A-20, aged 6 yrs 4 mos, and is 124 proof

Nose: moderate intensity, sweet, oaky, a lot of spice, and some vanilla and caramel

Taste: Firewater! Giant flavour and giant alcohol greeting. The spice is huge, as are the various flavours of oak

Balance: This is whiskey that makes a very big impression. Those who like really big flavours and don't mind a big alcohol greeting will be favourably impressed. Those who are alcohol sensitive may have trouble with this one. Like it or hate it this is a whiskey which will rarely leave anyone indifferent. I like this a lot, but it is not for everybody. Jim Murray rated a different batch 93/100 in his 2011 Whisky Bible, and commented: "... a combative bourbon with all of its personality at full volume. Striking stuff." 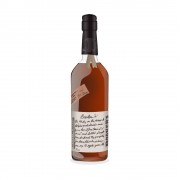 END_OF_DOCUMENT_TOKEN_TO_BE_REPLACED

@jdcook, tell me what you think after you have tried some!

I am currently drinking Batch #Co-A-18 65.05%, 7yrs.2mths. It is very similar to how you have described your expression. I suspect this 7yo. version may be a little more civilized (?): In fact, I am amazed that such a powerful Whiskey can be free of any harsh alcohol character at all!

Taken neat this is still well-mannered though seems, to me, best at 1 part pure rain to 4 parts Whiskey.

Just finished my first dram. My bottle aged 7yr 5mos 128.5 proof. The initial mouthfeel and taste does not announce 64.25% alc, it's smooth and sweet, oak, vanilla, caramel, cinnamon. On the way to the back of the mouth and down the hatch is an explosion of spice and intense flavors. My first taste is always neat, can't wait to know what this is like with a 2in diameter ball of ice. I'll let ya know, maybe tomorrow.

I am a scothman first but when it comes to Bourbon, I am a Jim Beam Fan! And for me this Booker's is simply the best! What I find whith all the Jim Beam products is the nuts. The complexity of this Bourbon is outstanding! You still have the big corn and the sweetness but then you add some bitterness from the nuts with the leaves and the wood... Wow!