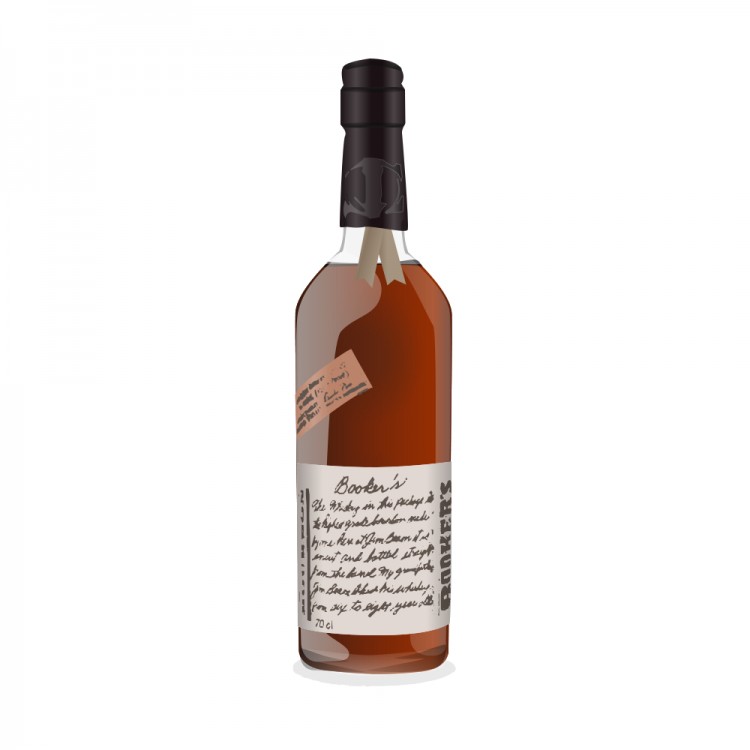 Booker's small batch bourbon is the top-of-the-line product of the Jim Beam distillery. It is an uncut, unfiltered, bottled-straight-from-the-barrel bourbon that comes in at a whopping 130 proof. But despite that, it manages to be exceedingly well-balanced, nuanced, and seriously tasty.

Nose: initially somewhat closed. Time in the glass opens it up somewhat but a splash of water is really needed to crack it open. Once this is done it reveals notes of dry wood, vanilla, molasses, toasted peanuts, orange peel, and rye spice, with mild cocoa and even a hint of sea salt. No one note dominates, everything harmoniously works together.

Palate: very rich, full-bodied, and viscous. Flavors of spice, mainly pepper and cinnamon but with some tones of nutmeg and allspice, hit first, followed by toasted oak, vanilla, orange, dark caramel, cooked apple, and a deep sweet-bitter burned sugar note in the background. Very appealing, very drinkable. With water added the alcohol bite is still obviously present but it doesn't interfere with the sip and instead adds a strong warmth that mirrors the spice flavors.

Overall impressions: A superb whiskey. Seriously balanced, complex, and rich. Very drinkable despite its whopping proof with only a small amount of water to open up the flavors. Extremely good. 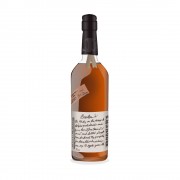 END_OF_DOCUMENT_TOKEN_TO_BE_REPLACED

This sounds indeed extremely good. Also fascinating that you detect some seasalt, never heard this for a Bourbon. Would love to try this one.

@Wills: yeah it's something I've never noticed before either. Was certainly interesting to find. There's actually another review of Booker's on here by @dbk that describes it really well: between the caramel, nutty flavors, and salt touches, it's like drinking a candy bar.