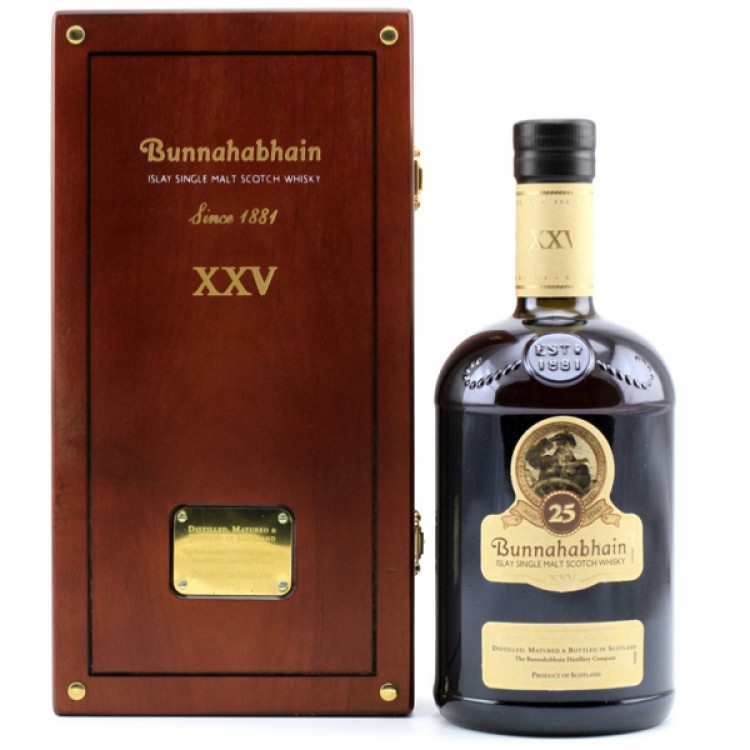 From a sample. - Bunnahabhain distillery was founded in 1881 by William Robertson and the Greenless brothers William and James. Production started in earnest in 1883 and in 1887 the distillery was integrated into Highland Distilleries Company Ltd. Production continued uninterruptedly until 1982 when the distillery was closed for two years. It was reopened in 1984 and in 1999 was acquired by the Edrington Group. In 2003 Bunnahabhain distillery was sold to Burn Stewart Distillers, together with the 'Black Bottle' brand. This current version of the 25-year old was first released in 2010 with a new ABV of 46.3%, no chill-filtration and no added colouring.

The nose begins with intense sherry flavours, followed by notes of rubber (in a good way), biscuits, chocolate, leather and a whiff of smoke. There is also an element of cheese right at the end, not a rare flavour to detect in whisky, however I always find this a bit unusual.

The palate is medium-bodied but on the verge of getting thin. Oranges and plums have taken centre stage, followed by honey, raisins and a touch of malted barley. I also got distinct notes of wood spice as well as some cinnamon and caramel.

The finish is long, spicy and warming. Towards the end it gets quite mellow with orange biscuits and orange jam.

I am a big, big fan of Bunnahabhain and have a soft spot for almost everything the distillery produces, but I did not warm up to their 25-year old. Maybe it is the nose with the odd cheese flavours, maybe the thin palate, or perhaps just the fact that I had sky-high expectations for this release in view of the overwhelmingly positive experience I had with independent bottlings of a similar age. Never mind, guys, you cannot excel at everything. But the 25-year old will not become a fixture in my cabinet.

END_OF_DOCUMENT_TOKEN_TO_BE_REPLACED 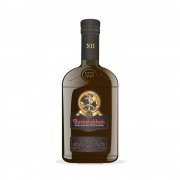 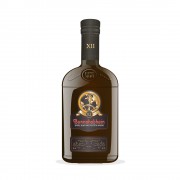