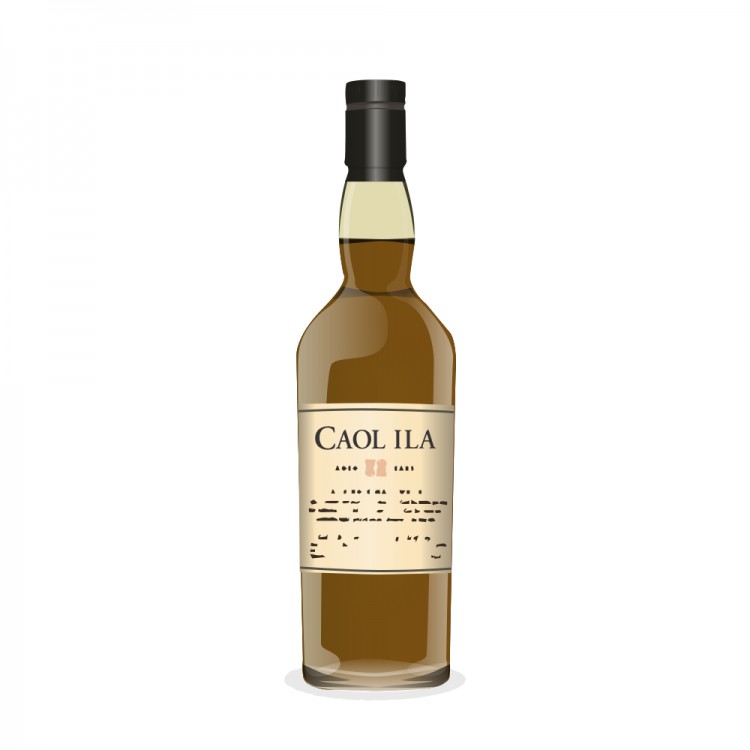 Gordon & Macphail is one of the oldest independent bottlers in the world, founded in 1895 by James Gordon and John Alexander Macphail. They hired John Urquhart at the age of 15, who soon became responsible for the whisky branch of the company. In 1915 (due to the retirement and sudden death of the founders) he became senior partner. The Urquhart family is currently still owner of the company, that also runs the wonderful whisky shop in Elgin (which I visited last September).

They have an amazing range of whiskies which they release under different labels, Connoisseurs Choice being the best known. In 1995, G&M celebrated their 100th birthday with a release of several whiskies under the label ‘Centenary Reserve’.

Those bottles are hard to find these days. If you do find one, they are usually very expensive (like this Caol Ila 1996, that will set you back about £500). I feel lucky to have the whole bunch, albeit as samples only.

The nose is very subtle and delicate and, frankly, very un-Caol Ila. But no less good, mind! I get red apples, honey, toffee, some crème brulée, cappuciono, marzipan and peach. Hardly any peat or smoke, in fact. Yes, in the background, tucked away in the last row. It has something earthy as well. What an amazing nose.

Mouthcoating beauty, this is! Baked apples with some cinnamon, peach, figs and oranges. Very softly spiced. If you hadn’t figured it out yet (although the color is a dead give-away): this is one hell of a sherry cask.

In some places, you can still find a bottle. But like said, very expensive. Don’t buy this is you are looking for a typical Caol Ila, though. If you are looking for an incredible, heavenly, fruity whisky, then this is your thing. I believe it would be a masterful sherry monster of a whisky if only it was bottled at cask strength.

END_OF_DOCUMENT_TOKEN_TO_BE_REPLACED

It sounds INCREDIBLE! Too bad about the price...

Is this worth £999? Seems expensive but then value is in the wallet of the beholder I suppose.