Average score from 2 reviews and 3 ratings 87 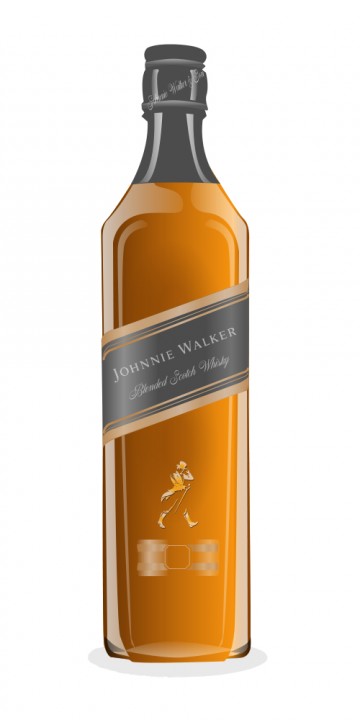 King George V reigned about a century ago – from 1910 until 1936. Two years before his death (he did of bronchitis) he offered a Royal Warrent to John Walker & Sons. It took until 2007 (!) before this facts was commemorated with a ‘royal blend’, composed from whisky’s of distilleries that were operational at that time (which means little as most of them still are in operation). Some of those are now closed, like Port Ellen, Cambus and Glen Albyn. Insiders claim it also contains Cardhu and Royal Lochnagar. The whisky comes in a beautiful glass decanter and magnificent box, making the whole look rather expensive. Well, it is, for a bottle will set you back around 500 EUR.

The nose is very soft, but beautifully layered. It starts on nuts and ripe fruit, mostly of the red variety. Very herbal with touches of thym and rose petals. Some barley sugar and mild wood notes to give some depth. Roasted nuts and dark chocolate. Hint of sweet smoke. Impressive.

It is very rich on the palate. Spicy on ginger, cinnamon and white pepper with a hint of nutmeg. A leaf of mint keeps it fresh and leaves enough room for citrus fruit to show itself. Mostly oranges. Less complex than hoped, but still silky soft and seductive.

It turns mildly dry in the medium long finish. A touch of mint at the death.

Another fantastic luxurious blend that certainly deserves the moniker ‘royal’. But for that price I can buy four bottles of Blue Label or even two of the Ghost & Rare. Apologies, Your Majesty.

Bottle bought on internet and shared with a friend over many nice conversations and tastings. It pours clean and shiny; color is golden to amber. Aroma is not so strong, rather nuanced: pine cone, pineapple, leather, hazelnut, dates, prunes, dried apricots, banana leaf, sandalwood, caramel, coffee beans, sizzling cinnamon, ginger, dry lemon, and so many more things... Please understand that not being intense doesn't mean not being complex. It's very complex but subtle. Soft, warm, powerful yet never aggressive. Its texture is one of its biggest assets: it kind of renews your oral membranes, leaving them as those of a baby (I really mean it's fantastic!) Long-lingering smoky finish. A really good blended scotch.