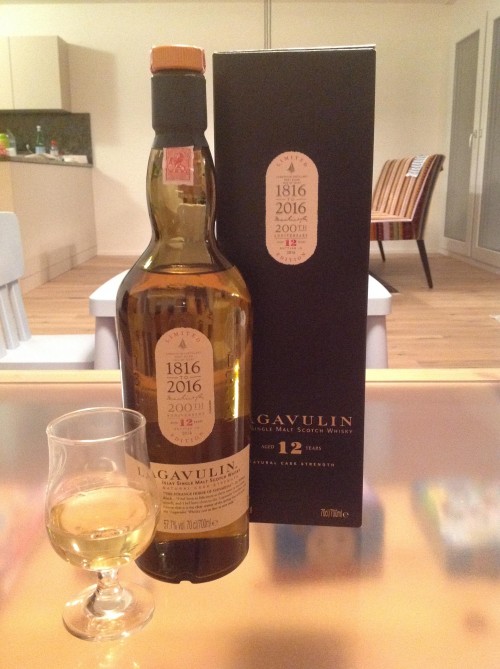 For many years, Lagavulin 12-year old has been a fixture among Diageo's yearly special releases. The 2016 edition was released in the same year the distillery celebrated its 200th anniversary. The exact outturn was not disclosed, so I suppose it must have been a lot.

The nose begins with subdued smoke before distinct vanilla and fudge flavours kick in. Then there is smoked ham, followed by waxy and malty notes, and a touch of lemons.

The palate is medium-bodied, lightly spicy and oily. The smoke is quite heavy and tarry now, and in addition I got notes of smoked ham, lemons, and roasted almonds, followed by ginger and white pepper.

The finish is long, smoky, and tarry. Notes of cigars and white pepper last to the very end.

I have always been a fan of the regular releases of Lagavulin 12-year old. In particular, I enjoy the farmy character of the nose that in comparison with some of the previous releases is not so prominent here. Instead, smoke and tarr are more dominant. This is an excellent single malt, however less smoke and more barley/cereal flavours would have pushed this even higher up in my book.

END_OF_DOCUMENT_TOKEN_TO_BE_REPLACED 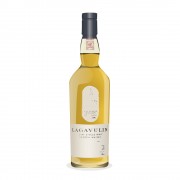 END_OF_DOCUMENT_TOKEN_TO_BE_REPLACED

Hi @MuddyFunster, interestingly I am not a big fan of the 16-year old. Something fishy going on in there (in the true sense of the word).... 8-year old yes, 12-year old YES, 16-year old rather not.

The 16 is a very good dram, especially as the price ($70 here). The 12, for me, is an excellent dram. The 2011 version was phenomenally good! The problem is they have nearly doubled its price, to $115. My cutoff is much lower, as I can get so many good whiskies, including excellent bourbons, for about or less than half that price. Booker's is $65-70, Elijah Craig Barrel Proof is $42-45. I can get a bottle of both for $115. Corryvrecken is currently $67, so value isn't there for me, but quality sure is!

@Taco That's just torture to us north of the border... (and south in Windsor)

Many thanks for your comments, @Taco. I agree that Laga 12yo comes with a price but I am willing to fork out $120 every year for this particular release. Here in Switzerland Booker's, Elijah Craig Barrel Proof and Ardbeg Corryvreckan are all around $100, so the gap is not so big for me as it appears to be for you. By the way, I am a BIG fan of both Booker's and Elijah Craig BP!