Average score from 1 reviews and 7 ratings 82 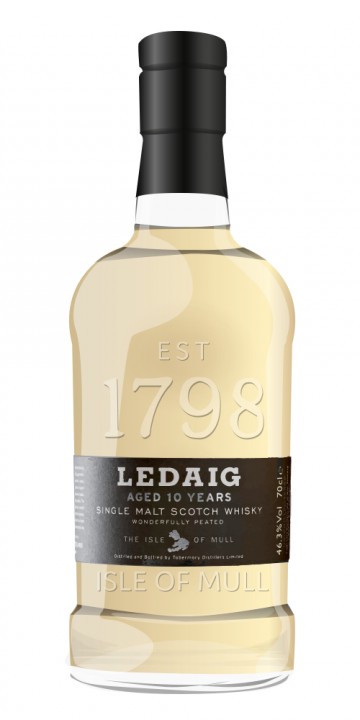 After tasting the 10yr old, I went on a Ledaig craze. I like the distillery profile, they keep it simple and the price/quality is usually very good.

The palate: from a soft arrival with vanilla/lime cake and light wood flavors, it slowly builds to a warming glow with bitter herbs, grassy peat and more pronounced smoke and ash. Even some cannabis:p Its young but the mouthfeel is very gentle and the flavors are well balanced.

The finish: a nice easy afterlow. The initial flavors die quickly but the grassy peat stays for a while and the typical bitter feel on the side of the lips is there.

If you like a peated whisky but you're also a little low on budget, this is one to go to. But beware, it's a dangerous one! Its tasty, its cheap so its a drinker. This one cost me only €17,90 so I tend to refill more often than I initially planned.

Thanx:) I think I had one of the few last bottles because now I cant find it anymore either :( If it had just a little more 'pop' you could have mistaken it for a Kilchoman, the spirit is soft and thick so it doesnt have to age very long to be good. Lets hope they expand their range a little more again soon, the Sherry finish is awesome too :)

I would love to find this peated islander for around $30 USD Thank you for the review.