Average score from 4 reviews and 6 ratings 88 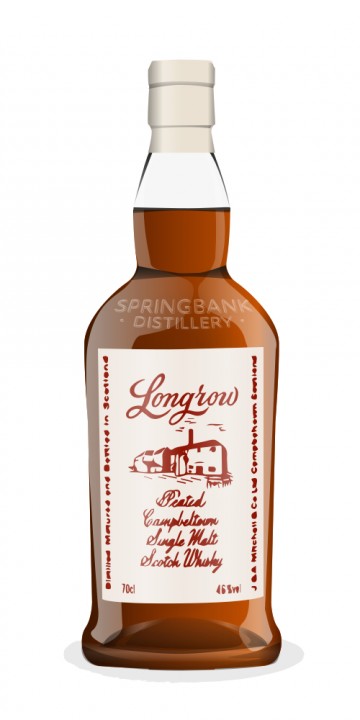 I was in Calgary in December and between old and new purchases (and purchases for others) I had too much to carry back in the checked luggage we were bringing home. One of my Connosr buddies suggested posting a box of bottles to myself, the price being similar to that of checking a bag, with less worry about baggage handlers. I was able to dispatch his bottles this way without difficulty.

It was with this in mind that I entered a Co-op liquor store in the North of Calgary. Just to get a sturdy box, mind you, but who can resist a look around? I came upon this gem. Released 5 years ago, a quick look online revealed this was selling for about twice the list price in the store. In the end all my bottles were packed in suitcases, along with two of these…

The spirit in this bottle was distilled in February 1997, just as I was beginning my clinical rotations in Medicine. After 11 years, it was transferred to fresh Burgundy casks about the time my son was conceived. After three more years, in October 2011, it was bottled. Nothing memorable happened to me in October 2011. So this is a 14 year old Scotch, bottled at cask strength, no colour added (a beautiful amber on its own), not chill-filtered. This is the way I like to see whisky presented. But is it any good?

The bottle was opened on January 2 at a tasting, and opened only once or twice after that. It is now 1/3 full. It has been gassed with Private Preserve each time.

This expression is reviewed in my usual manner, allowing it to settle after which I take my nosing and tasting notes, followed by the addition of (in this case a few more than a) few drops of water, waiting, then nosing and tasting.

Neat – Grape Juice on first pour. After settling, there’s lots going on here: Sweet syrup, red wine (Burgundy perhaps?), peat smoke, something savoury, like one of the smells of cured meat. Something I might describe as sulphur, but only mild and it complements the nose here, not like a sherry cask gone wrong. Very rich. Complex. 23/25

With water – The high pitched notes are less pronounced. Sweet and savoury intermingle together. Remains very rich and complex. I get some green herbs, sage or possibly hyssop. (22.5/25)

With water – The taste is a little muted, the mouthfeel a little thinner, but the flavours are essentially the same. Some bitterness comes through, but with time it settles more towards what it was, and becomes exceptional. (23/25)

Finish: Salty, astringent. I feel like I have peat breath. Nice. 23/25 With water, less astringent but a little less interesting. (22/25)

Balance: If I have one criticism, it’s that the sweetness is a little too prominent, otherwise a nicely balanced peated wine-finished Scotch.22/25 Water makes no difference here. (22/25)

Score based on patience and enjoyment: 91/100

I’m very happy that I checked the Scotch aisle when I went in to look for a box. This is a very good expression, and it makes me quite eager to try an unfinished expression of Longrow.

The Springbank distillery has never failed to impress me… so far.

A year and a half later I am tasting the penultimate dram of my first bottle. This one is on my to finish in 2018 list.

The peat is still strong and the wine is still prominent. I should have checked my review before adding water, but even with water it's a really good dram.

About a couple of years ago I picked up this Longrow to satisfy my ever increasing curiosity for Campbeltown. To be fair I didn't know much about it and relied on the salesman to pick something out for me.

A couple of months after purchasing it I had a poker night at my place and one of the guys wanted to have a taste. I duly obliged. He liked it. I wasn't too impressed.

As it turns out he has much better taste in whisky than I do. Not only did I not think much of it I had the gall to write a review about it and label it average. This was, of course, over two years ago. In my defense I live in Dubai so two years is actually closer to eight in whisky years. You know, because of the temperature. So I think I can be forgiven for being naive.

This 14 year old gem has been matured for 11 years in bourbon barrels and then for a further three in French Burgundy Casks. It's peated like all Longrows are and it's served up at a juicy 56.1%

Thanks to my friend The Whisky Snob who raved about it so much he made me give this another go. Incidentally this score is 7 huge points above the last.

I was either stupid or the oxidization helped. I'm going with stupid.

I don't think you were stupid. I haven't tasted it, and I'm not surprised it's really good, but the initial reviews were less than stellar. You had probably read some of those, as we all are want to do at times. . . .

Maybe it's a Campbelltown phenomenon.

I felt the same way about the Springbank Claretwood. I thought it was "average" I opened it and a 12 YO CS early in my malt journey. It wasn't until a year later that I came back to it and it seemed like a completely different dram.

As for my second bottle of 12YO CS, it's only been open since January but (though it did start out good) has been improving each time I come back to it.

So maybe it's air, and partly palate maturation.

This Longrow first matured for 10 years on refill bourbon casks and then got a finish (or is that a second maturation?) on Fresh Burgundy Casks for 3 years.

It is immediately sweet on the nose. Raisins, toffee, caramel, dried apricots. Some leather and dark chocolate. The peat is rather discreet. After a few moments, the association with warm krieks will no longer leave me.

On the palate, this translates into slightly sour stuff with some liquorice and, well, sulpher. It is somewhat winey on grapes, but the krieks return. Some plums too. And a pinch of salt.

In the medium long finish, it tends towards leather; somewhat drying and spicy.

The sulpher stays within the borders of the acceptable, making this still a very nice dram.

This is a cask strength edition of the Longrow 14 year old which has also spend its last 3 years in burgundy red wine casks.

this wine maturation has worked beautifully, long enough to change the profile of the whisky but not to long for the wine to dominate.