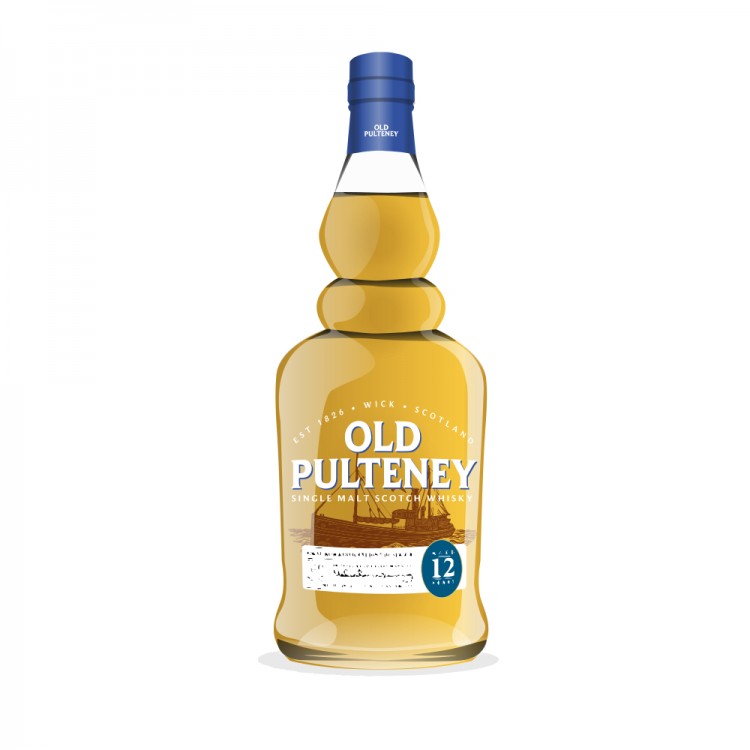 The title to this review suits this whisky perfectly, it's as crisp as fresh seashore winter breeze. It's all in there in your glass, spewing it's maritime character at you. It certainly has it's definite character and it spells coastal, in HUGE letters.

I already used this whisky as a point of reference and landmark for coastal/island malts. It sits on the very edge of the salt scale. To put this into perspective for the less experienced, if bruichladdich sits on the other end and you got the likes of tobermory (and older scapas in the middle) you'll get it. Although if you haven't tried these other malts, i guess what i am trying to convey is that this is a distinct type of saltiness (or salinity) this isn't heavy, zesty or dense salt (bruichladdich) but light, crisp and clean.

I needed to put the saltiness into words because: First, it defines the body here and is the kick in the same way as peat is for the likes of Ardbeg and Laphroaig. Secondly, it can come across as a bit vague when some refer to the salt note in a whisky, that is if you aren't experienced.

So now that we have that out of the way here's the tasting notes:

Nose: Maritime storms, seabreezes with a bucketload of iodine. Green and red apples, with a huge orange note. Green gauge, with more fruits, tropical this time: Guava and pineapple! A very light and fresh grain supports the fruit.

Palate: BOOM! There it is again, a summer solstice daylight sea storm of iodine and crystal clear salt.. crystals. The salt is nearly overpowering but the malt is barely able to hold the chaos at bay. The fruit then takes over, first the apple note comes forth but more complex than on the nose, with pears and pear-drops. Then tropical fruits that are mainly composed of a big pineapple note, but just a few seconds after it's arrival we enter the eye of the storm, an eye of mandarin, tangerine and satsumas!

Finish: The satsuma&orange note holds and perpetuates a long finish but doesnt let anything but the malt in with it. A few tropical fruits come back in a silent tandem but the satsumas are very dominant.

For it's price tag and it's strength, this is a BIG whisky. I like it, it doesn't take any prisoners, it has it's definite character and it's sticks with it. But behind the, nearly chaotic, salty and mandarin blasts lies a composed complexity. To support this complexity this whisky also benefits from a very long finish.

I know Old Pulteney has already it's share of prizes and accolades, and although undeserved by some, not fans of the style, or sceptical as to the rumors of some prizes being bought. There is no escaping that this is good stuff. The quality makes itself evident from the first whiff to the lengthy finish. Hope to investigate the prized older brothers but considering the prize the standard 12 year old is amazing bang-for-the-buck.

It's just a very, very good quality malt, simple as that!

END_OF_DOCUMENT_TOKEN_TO_BE_REPLACED 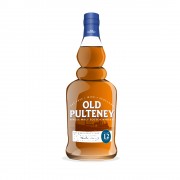 END_OF_DOCUMENT_TOKEN_TO_BE_REPLACED

Nice review, I agree that the OP 12 punches above its weight. I am pretty impressed with it, in particular the almost perfect marriage of bourbon vanilla, light malt, big tropical fruits and a salty tang.

The body definitely stands out, it's the only 40% ABV malt I know so far that can pull it off. I reckon they must only use very light chill filtration with this one.

Always good to see a nice review of Old Pulteney 12 yo. A few of us on Connosr have been talking up this whisky for 2 1/2 years or so, before Mr. Murray made Old Pulteney 21 famous. I don't see OP12 as quite as complex as you do, @Lifewaterforce, but I have always loved it. I have usually used it as the very first whisky I introduce when giving a tasting of 25 whiskies in an afternoon/evening. Very nearly everyone I have had try it likes it a lot. I can't say that for most whiskies.

Oddly, I still haven't done a review of it...I probably will do so in my next 226 reviews. I am glad to see that you are also a fan of Old Pulteney 12.

This is a great and informative review. Very well written. Everyone seems to love OP 12....but I don't for some reason. It does nothing for me. However I absolutely love OP 17 and 21. It's a bit of a conundrum.

Thanks for the very flattering feedback, allways heartwarming to hear :) @systemdown : It seems most of us maltmaniacs can agree on, beside the flavour, is that you get a distinct quality impression. @Nemesis101 : The saltiness seem to act as a mask, a strength in terms of boldness or character but maybe dummies the delicate flavour? You can't love them all @Victor :Thanks, i think the reason i feel that way is because i don't have huge experience yet with OP's (and in general) so i was rapidly impressed with the clean and clear quality that made the underlying flavours bigger, the mandarin note was probably only mandarin, but it seem to evolve somehow.

Will expand my experience with the 17 and 21 when i get a little more cash-margin ;)

OP12 and "long finish" don't go together. It's a great dram for its price range, but the finish is short. If you got a bottle with a long finish, then I want one. It would very much be the exception.

The 21 has a much longer finish. I've owned two bottles of that and one bottle of the 12. Surprisingly, the 21 is almost too sweet for my palate. I like the grotty qualities of the 12. I have seen an 8 year OP. I think it's a G&M bottling. Now that would be interesting. MofM says this of it: The nose is thick and full and very smoky. Notes of burning seaweed and hay with nut oils and recently extinguished fire. There is a good sea spray, pounding the shore inextricably with dried woods and pot pourri. The palate is thick and full with oily seaweed and iodine, the coastal notes are really coming into their own with tarry ropes and leather. The finish is long and full with plenty of oak and peppered heat.

This is my first taste of OP12, so i can't speak of any trend as far as the length of the finish goes.. but i guess it must've been an exception, because it was indeed long. Guess i must've got a specially clean&good bottling/bottle ;) i actually know the G&M you speak of, i order whiskies in semi-large orders from MoM, and that one is on my list, OP's are known to have great depth, character and quality at a young age.