Average score from 6 reviews and 19 ratings 87 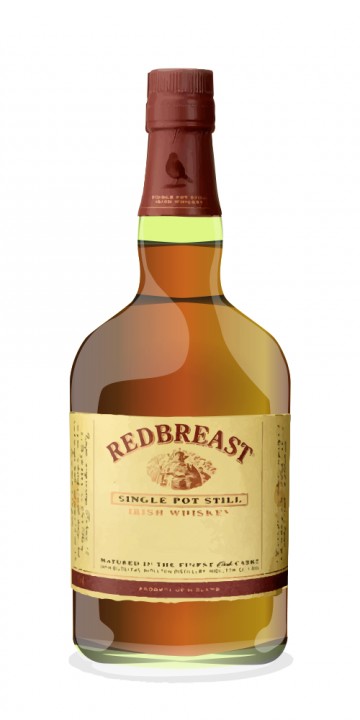 Apologies if this review is longer than usual.

I'm a history teacher by trade. Since I majored in history, I tend to be "that guy" any time I read historical fiction or watch a period drama on tv or on the big screen. I can suspend my disbelief most of the time and enjoy a "creative" telling of a historical event, such as the Zack Snyder fantasy-action film 300. I don't have the time or energy to outline all the historical inaccuracies in Braveheart or Kingdom of Heaven here, but I suppose we shouldn't be looking to Hollywood for history lessons.

Queen Elizabeth I has been represented many times on film, and I think the most accurate representation of her temperament and personality was Dame Judi Dench's portrayal in Shakespeare In Love. While many viewers might prefer Cate Blanchett's Elizabeth or Elizabeth: The Golden Age, historians have criticized the two films starring Blanchett for portraying the Tudor queen as flighty or easily manipulated by the men around her. Hint: she wasn't. Elizabeth was intelligent, clever, insightful, witty, and had a fiery temper. Most of her contemporaries couldn't predict her actions or her intentions, much less control them.

I've found the same type of phenomenon in discussions with fans of Redbreast. Just about everyone seems to adore Redbreast 12 Year Old, but fewer appreciate Redbreast's 15 Year Old expression. I've heard all kinds of reasons for this preference, from the price difference (which is fair) to the difference in flavour profiles. Some have said Redbreast 15 isn't as smooth as Redbreast 12, but if you know me at all, you'll know that smooth isn't something I look for in a whiskey. In fact, when someone describes a whiskey as smooth, I'm hesitant to buy it. Water is smooth; whiskey should let you know you're drinking something stronger. Calling a whiskey smooth is akin to telling me I have a great personality: you may think it's a compliment, but it's not really something I want to hear. And in the case of my "great personality" it's also completely untrue.

April 24 Neat from a Canadian Glencairn

All subsequent tastings revealed similar notes. This bottle didn't really change much with time and air exposure. I can safely say that I've never tasted a Redbreast I didn't enjoy. While many enthusiasts prefer Redbreast 12 Year Old, I prefer the 15 Year expression. It may not be as easily accessible as the 12 Year, but the 15 Year's vigour and complexity are better suited to my palate. I suppose you could say Redbreast 15 is Dame Judi Dench's Elizabeth whereas Redbreast 12 is Cate Blanchett's Elizabeth. Both have their charms, but I prefer the more fiery presentation.

@Wierdo RB 12 CS is my favourite RB and it’s about $110 CAD (if you can find it). My buddy has co-workers in quite a few US states so when he was down there on business he had locals telling him where to shop. He’s drinking cheaper whiskies these days because he’s not traveling at all and he refuses to pay LCBO prices for just about everything. He sucks it up when it comes to Laphroaig Quarter Cask because that’s one of his favourites, but other than that he’s drinking Canadian whisky in the $30-$50 range.

I have to make it clear right from the start, this dram is much better than The Boondock Sainst movie. Redbreast 15YO has complexity and it strikes with force especially in the finish – a mobster movie comes to mind immediately. And of course it has to be an Irish mobster movie.

After experiencing the 12YO, my expectations were high of course. High hopes were also well filled. Redbreast 15YO is stunning. It has everything you need from a good whisk(e)y: complexity, character, sophistication.

Nose: Dry citrus notes start the show with some red grapefruits and dash of sherry. The sherry notes get stronger with time. Bit sugary, black currant is present. Water adds dark fruits and notes of hay.

Balance: Nicely in balance with a gorgeous finish. Rich whiskey, which starts with good aromas and gets better in every step. Great Irish Single Pot Still whiskey!

I recently reviewed the Redbreast 12 Cask Strength and it was days before I could get it out of my mind. It was so insanely good.

I had a bottle of it's 15 year old older brother lying around as well and so tonight I decided to give it a whirl. Given the fact that I was positively giddy over the 12 Cask Strength you can imagine my anticipation at trying out the 15 year old.

Distilled using the legendary Irish method of employing a mix of malted and un-malted barley and then triple distilling in copper stills. This method produces a unique spirit known as Pure Pot Still Whiskey. And Midleton Distillery, where Redbreast is made, are masters of this craft.

Which is why this whiskey is a bit of a disappointment for me. Not that it's horrendous but when it follows on the trail of the 12 year old Cask Strength it is average at best.

Matured in ex-Bourbon and ex-Oloroso Sherry casks the spirit is bottled at 46%.

Nose: My glass was left covered for over 20 minutes to allow all the aromas to accumulate. The first nose was quite sour. Tamarind water. Light soy sauce. Let it breathe and the grains come through next. Barley. Gets sweeter over time. Warm honey. Toffe. Berries. Dark chocolate. Spicy next with clove and other spices. Almond husk. Oils. Not my favorite nose. The sourness threw me off.

Palate: Feels grainy. Quite sweet and fruity. Hard boiled sweets. Apricots. Peaches. Oily. The berries are back. So is the fennel and the clove. With hints of oak. The flavors are quite unique but they're not really doing it for me for some reason.

Finish: Long. Oily. With a hint of bitter oak.

This is drinkable and some might even say enjoyable. I have no arguments on that. Is it gorgeous like it's 12 year old sibling?

@MaltActivist, thanks for your review.

For me this is one of those whiskies which features mainly flavours from old re-used wood. Not a preferred profile for me. Others in this category are Jameson 18 and Glenmorangie 18. None of these is undrinkable. They are ok. But I'll likely never buy a bottle of any of these three. I like them less than the younger expressions from those same distilleries, PLUS, these three are much more expensive than those younger more vibrant whiskies from those same distilleries.

@Victor I seem to have stumbled upon a good batch of the Glenmorangie 18 at a recent tasting prompting me to pick up a couple of bottles. I thought it was quite nice. Not sure if our tastes are different or if there's some major batch variance.

But yes I agree that many a time the younger expressions are much much better - Glenlivet 15 French Oak and the Glenlivet 16 CS much better for me than the 18, 21 and a XXV that I had tried.

Glenfiddich 18 possibly better than the 30 or maybe just as good. Just some of the examples that spring mind.

This afternoon at the office, I poured my second of three Irish whiskies I'll be reviewing over the next couple of days. I've always wanted to try this one, as I had never had a pure pot still Irish whiskey before.

I'm sure glad I did! It's colour is a light honey colour, somewhat oily in the glass. Nose is an amazingly subtle mix of toffee, lemon meringue, nutmeg, tropical fruit and also apples, vanilla, and plum pudding. The more I inhale, the more fruits come through.

In the mouth it turns into Christmas cake with candied cherries, but there is some heat on the tip of the tongue that overpowers it a little, and water does little to tame that down. Oaky but not overpoweringly so. More spices (cloves) and malty notes in the mouth. Oily mouthfeel, which I really like.

The finish is long and hot, and a little metallic. Nicely balanced between the smoothness of triple distillation and the rawness of a pot still. Puts it somewhere between an Irish blend and a single malt Scotch - but it is unmistakably Irish. I really enjoy this and am very eager to try the 12 year old. This was a big hit in the office as well!

Great Review,Tom: Pretty much as I found it with my emphasis on 'silky smooth'! Expensive here; Haven't seen the Cask Strength but by the Aussie pricing standard I would, probably, have to sell a kidney to get one.

@A'bunadhman, it is silky smooth. I have a bottle of the 12 year old, which is also pretty great! I don't expect to see the cask strength, nor the 21 year old, here in Ontario any time soon. Planning a trip to Ireland with my girlfriend in 2015…good thing she loves Irish whiskey!

Nose: starts in a flatter way, the fresh grapefruit and tropical fruitiness of the 2005 edition is almost gone. More cereals, more dust, more toffee. Camomile? Quite rubbery as well. Hints of nougat. After a while, fruit confit comes through, but very restrained.

Finish: medium length with hints of gooseberry and hints of vanilla.

In comparison, it fails to live up to the standard set by the previous (2005) edition.

Full review and comparison between the two versions: whiskynotes.be/2010/world/…