@BlueNote Yes...but only because it was my sake set to begin with...

9 days ago 2Who liked this?

@bwmccoy thanks for replying about the Caol Ila, it does sound a lovely dram. Feel the same way about Caol Ila and there is so much about which helps. Cheers.

@cricklewood not had a chance to get hold of a rum finished Springbank yet. From what you say might be worth considering too. What have you had?

Having the last dram from a botlle of Signatory Edradour 10yrs 2009. A deep savoury dry sherried dram and a bottle I will be replacing. Cheers.

Given all this talk about Tamdhu, I poured myself a small pre-dinner pour from a sample courtesy @Fiddich1980.

The nose has some elements of A'Bunadh and some of the darker notes of Macallan. The taste is lighter than A'Bunadh but the mouthfeel is not thin. No sulphur. I like it. Imagine this at CS....

8 days ago 7Who liked this?

Tonight, a couple of bottle kills.

Behind in my posting. On Saturday night, we had a couple of friends over for dinner and drams.

Started off with 3 different Manhattan's to compare; a traditional Manhattan that I have been bottle aging as well as 2 versions of a Black Manhattan. They were both made using the same recipe, but used 2 different Amaro's; both are local. Fast Penny Spirits and Letterpress. The Letterpress is bourbon barrel aged. It is not as sweet as the Fast Penny.

After the cocktails, we tried 2 Glenmorangie's head-to-head. One is a no name, no age statement sample from the Glenmorangie lab. It was simply labeled "X" and was 40% ABV. I do not have any specifics on it. All I know is that it's a Glenmorangie. We tasted this along side the Glenmorangie 18 since this is a known whisky. I preferred the nose on the "X"; it was brighter, but I preferred the palate on the 18. However, they were both very similar.

Next up was a Japanese blend from Mars whisky called The Lucky Cat "Hana" - 43% ABV.

After that, we compared two Glenturret's head-to-head. A no age statement Sherry Cask Edition at 43% to a cask strength 29 year (distilled 1988) Glenturret from Signatory matured in an ex-bourbon cask. I don't have ABV or any specifics on the Signatory Glenturret as it was a sample from another friend and he didn't provide any details. Doesn't mater, it was absolutely stunning whisky!

A fun night with great friends and great whisky.

5 days ago 4Who liked this?

I sent samples out and resisted tasting it but, the nose suckered me into a taste 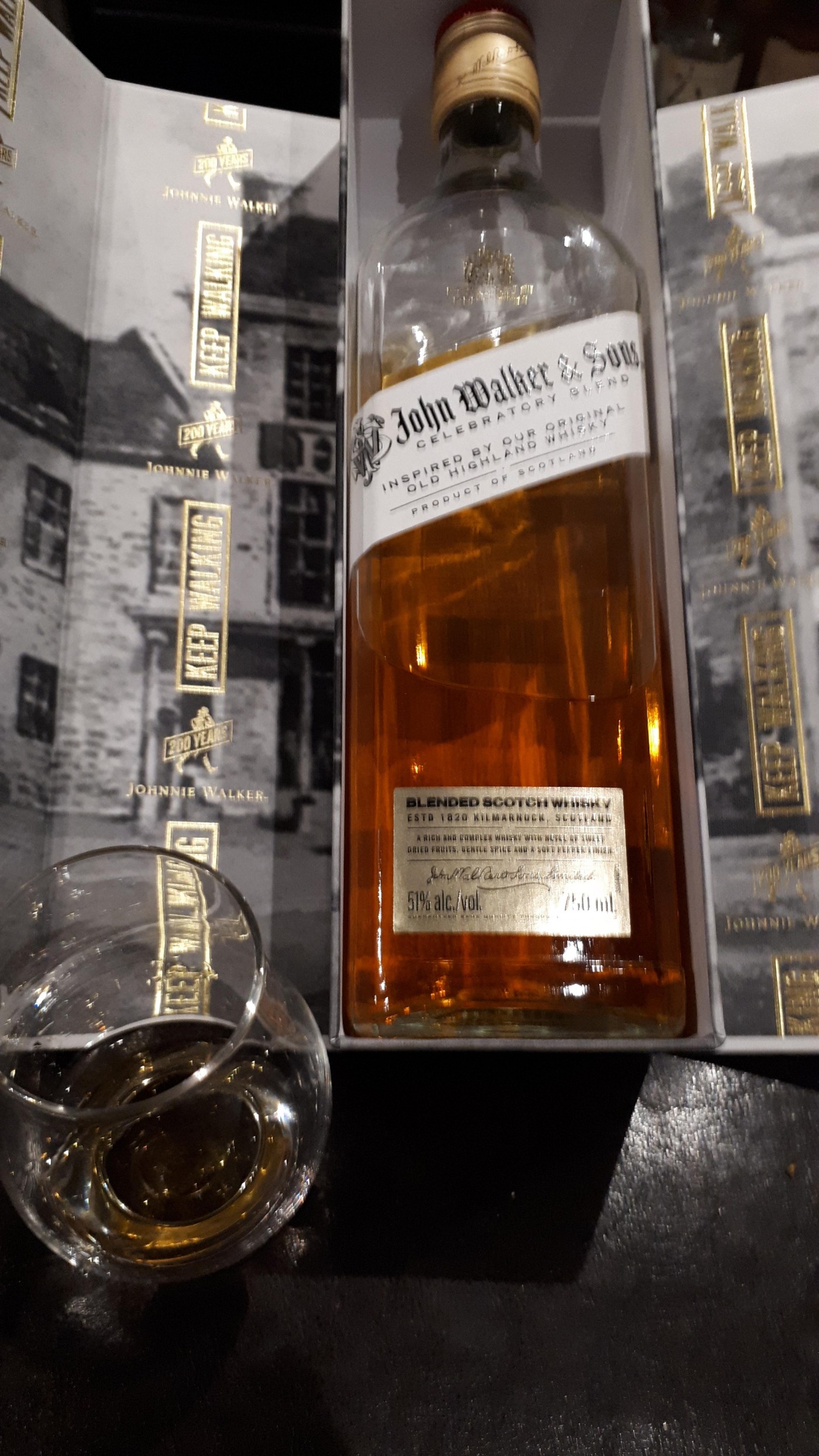 @bwmccoy You're making that one last a long time.

Tonight, while writing the last of my seven employee annual reviews;

I really like it! The 19 year sherried Ben Nevis I have open right now is also very dry. Will have to do a head-to-head comparison of them both very soon!

@bwmccoy Have you reviewed that Ben Nevis 19 yet? Sounds delightful. I'm always looking to learn more about Japanese Whisky.

It'll be the GoT Mortlach 15 year-old later tonight as I tune in for the LCBO's tutored tasting showcasing whiskies that haven't yet been delivered to those who ordered them, and are no longer available for those that wanted to learn something about them before they bought any...there's some Dalwhinnie 30 year-old and a lot of the Lagavulin 12 year-old left...

@fiddich1980 What did you think of the celebration blend?

@MRick I can not disclose but, will PM you.

@fiddich1980 I realize that it is actually the Celebratory Blend. 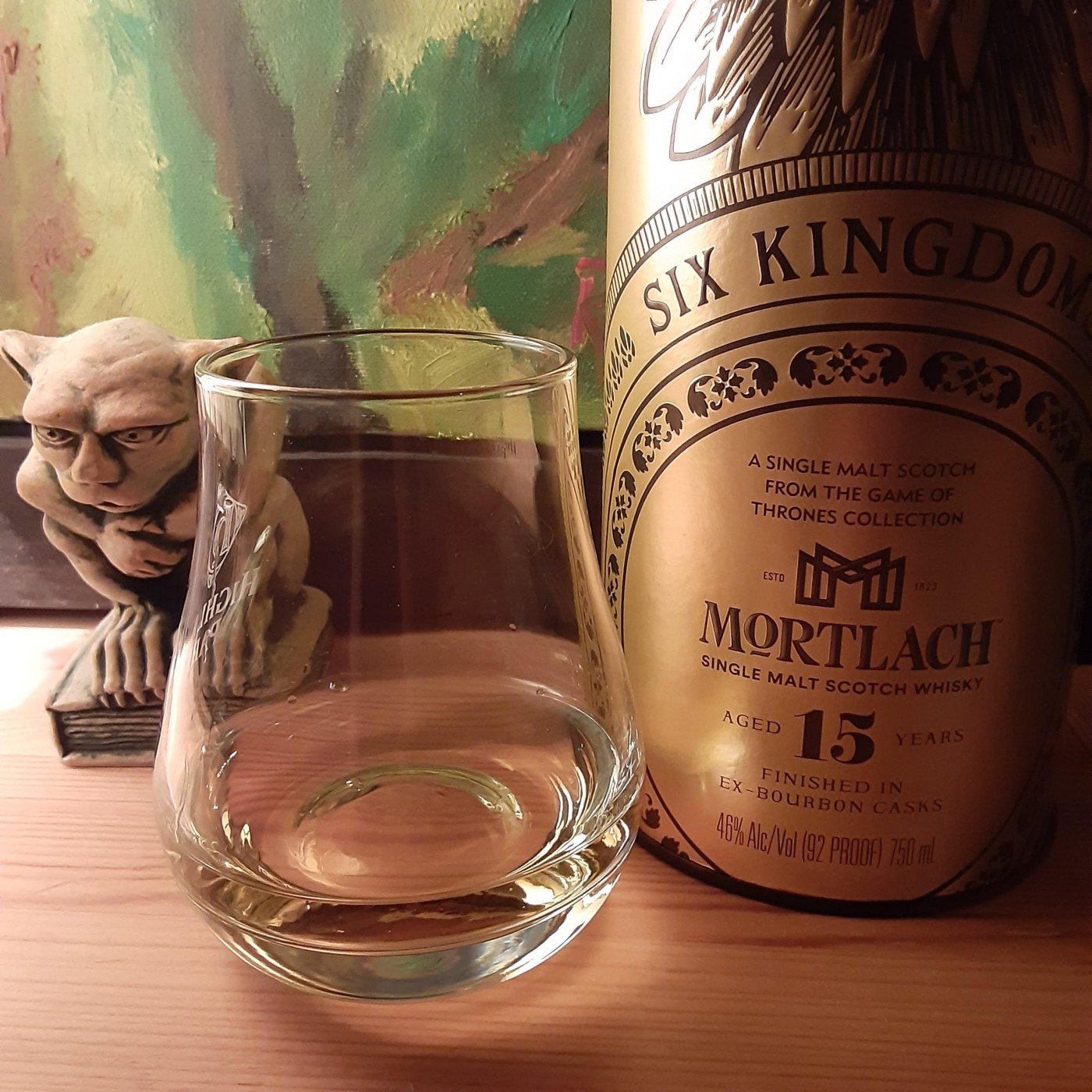 @YakLord what do you think of the Mortlach G.O.T.? I’ve seen both good and bad opinions.

2 days ago 6Who liked this?

I played around with rums and syrups tonight. First up was a Hurricane made with:

This was “flash blended” with an immersion blender and yielded a delicious rummy slushy.

Next was a traditional Bombo made with:

This was good, but not AS good as a rum Old Fashioned. I really missed the bitters.

I’m finishing the night with some Woodford Reserve Double Oaked. This whiskey is a bit of an enigma. It’s more complex than the standard Woodford, but still not a super complex bourbon. Yet I really, really, really enjoy it. Much like Maker’s 46. Perhaps my palate and/or vocabulary aren’t developed enough. But I just dig it.

2 days ago 3Who liked this?

Last night Port Charlotte 3yrs, private bourbon cask. Just wanted to get as much distillery character as I could and this pretty much hits the nail on the head. Clean, sharp, citrus peat smoke with a touch of the farmyard note you either love or hate. Well worth the £45 I paid. Cheers

yesterday 5Who liked this?

@fiddich1980 - How was it? Was tempted by it but couldn't find any reliable reviews.

@OdysseusUnbound - not yet, but I’d be happy to write a review of the Ben Nevis.

Tonight I made another 750ml batch of traditional Manhattan’s (with Rittenhouse Rye BiB) to bottle age with the charred oak stick in the bottle. I liked the results of the first batch and it’s great having a pre-made Manhattan ready to pour when in the mood for one!

Today at work, I gave the last of my 7 employee’s annual reviews, but more importantly, I finally received a cyber security certification for my company that I’ve been working on for a year and a half. Celebrated with a large dram of 30 year Teaninich SMWS 59.51 (distilled November 1983) "A refined cocktail" - Refill hogshead - 51.5% ABV.

@bwmccoy - Do you ever sleep?!

Congrats on the job front - always a great feeling to finally finish off a long project and the oak stick aging sounds very intriguing.

@RianC, I received a sample of John Walker & Sons Celebratory Blend 51% from @fiddich1980. He suggested that you may be interested in my findings, I agreed.

John Walker 51%... first impression - the bouquet is somewhat vegetal with an infusion of cloves, no, all-spice. Sulfur fades in and out followed by powdered sugar and apricots. That's enough for now, on to the taste. A shockingly gentle entry for a 51% abv whisky, or any whisky for that matter. Viscosity near EVOO. This will be a hit with fans of "smooooth". I'll have another small pour to double check...this one was slightly sharper on the mid-palate and warm into the finish. I stand by my original interpretation of the nose and entry.

JW Black 43.4% bottled in 1980s a much sweeter nose than JW51%. A hint of peat, a wisp of smoke, all-spice and honey. Good mouth feel with a gentle, silky entry. A spicy exit, clean finish and a peppery tingle. I enjoy JW Black, in fact, I like it so much I don't keep a bottle in the house, except for this souvenir from a trip long ago.

I much prefer the Black to the Celebratory Blend; however, the 51% CB could easily inflict some quick damage if one were not careful.

yesterday 7Who liked this? 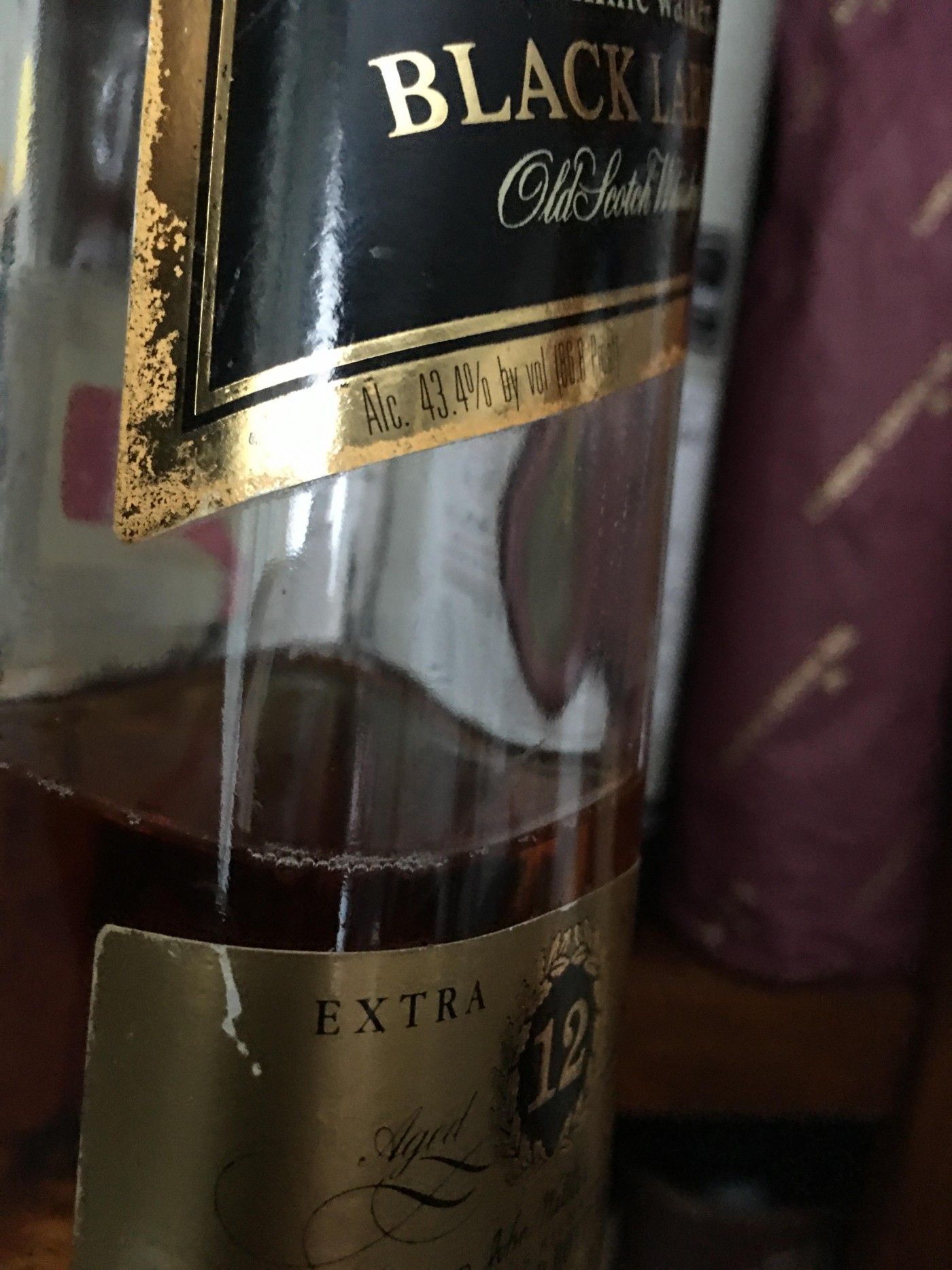 Penderyn Celt, while I cook up the Glamorgan Sausages for Sunday's St. David's Day Penderyn Tasting...

@paddockjudge I'm just flat out impressed that you managed to keep something around in that uber impressive bunker of yours for 33 years. I sense that you are somewhat ambivalent on the 51% Celebratory version though.

@paddockjudge And also that you had enough money left after spending some time in Lost Wages to buy a bottle of Scotch.