@RianC I think Ardbeg must be having a big worldwide sale. I just ordered 2 bottles of Ten at the unheard of price of $59 Canadian. Grab some Ten if it's still available on your side of the pond.

@BlueNote the sales are just beginning. Global Depression will do that. I'll call a top right here to (real inflation-adjusted) prices of whiskies up through 12 years old.

We have all wanted lower whisky prices. We will get them, absent rarities and collector's items. Now we just have to see how to maintain our incomes to purchase them.

@Victor Maintaining income, that’s the sticky point all right. I’m not even looking at my investment portfolio these days. Whisky might go down, but food is sure as hell going up.

@BlueNote - Aye, and at a time when Supermarkets and the like are making more £$€¥ than ever before, apparently ... don't get me started ha ha

And I've got a couple of Ardbeg 10 stashed away so no need really, but I would definitely like to add a Corry (or two) and another Oogy for the stash; especially at those recent prices!

@RianC yeah, me too. But I’m having to get it approved by the CFO.

This week began with a flurry of activity.

I was invited to participate in a little caper. Monday evening, I was informed that someone had got wind of an impending manager’s special at one Downtown Toronto store, in which Wiser’s 23 was to be marked down from $150.25 to $105.

Now $105 is an expensive whisky. But at essentially 1/3 off it was a must, because this is a good whisky, a groundbreaking, landmark spirit release, and while price does not affect the taste, it does affect how many bottles one is able to buy.

Tues. morning there were 26 bottles listed. I needed 10 (2 for me). I called the store and they confirmed they were in stock but refused to hold clearance items (I was to call, and someone else was to pick up). I gave up.

You have to understand that going out nowadays is a rarity. I only go see patients if they are willing to not breath while I am there. Actually, not breathing patients make up About 95% of my in-home visits now. That and shopping or a bike ride with the kids.

I live in a North suburban part of Toronto. But this store was downtown, further south than my office (that I have not been to since March and to which I usually take the subway).

Then I got called to do one of these above-mentioned patient visits. I decided to go for it. After removing all my protective gear and spraying myself down with adulterated and not drinkable Dillon’s newmake 80% spirit, I headed south.

When I got to the store there were 5 bottles on the shelf. Then suddenly there were none. Thankfully one of the employees was willing to go to the store-room and hunt down a case and fill the rest of my quota.

The next day there were none left in the store.

Thanks to someone who had their ear to the ground, 5 of us padded our positions on Wiser’s 23. I should have enough to leave one to each of my kids....I will come back to haunt them if they mix it with gingerale....

9 months ago 10Who liked this? 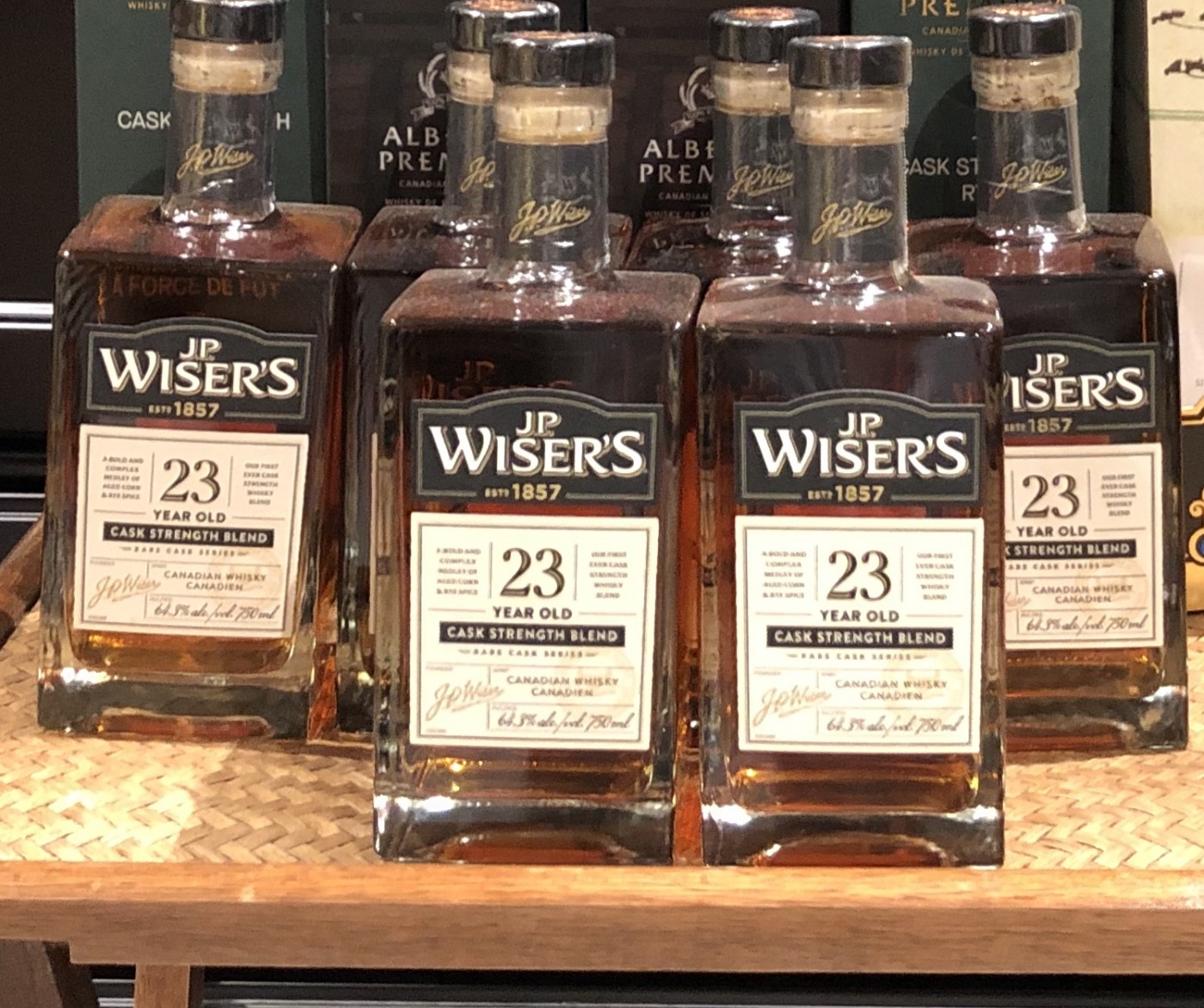 @Nozinan, Was the markdown at 1 particular store or across all stores. Could you provide that shop details if possible.

@Wierdo See my advice to @RikS above. We in the colonies can only wish.

Tonight, I was out buying groceries I just decided to see what was in my state controlled liquor store.

As I walked in the door the lady said, “We are out of Blanton’s.” Clearly the truck arrived that day and there had been a swarm of bourbon hunters. Sad world we live in. “But we still have some Buffalo Trace.” I politely replied that I appreciated the information and went to go peruse the shelves.

And I noted the clearly marked “1-bottle-per-customer-per-day” signs beside the Buffalo Trace bottles, the empty Blanton shelf, and the two last bottles of Eagle Rare. The Blanton’s was priced at $59.99, the Buffalo Trace was $26.99, and Eagle Rare was marked at . . . $16.50.

Oh, come on! This is ridiculous. This one store made this mistake back in the fall. Someone mistakenly priced Eagle Rare at their “cost” instead of the “list price” on the Website and every other Virginia ABC store which is $32.99. Well, considering that Virgin Bourbon from Heaven Hill is now priced at $17.99 and has dropped the 7 year age statement (it used to be $13.45 with a 7 year age statement) this bottle of Eagle Rare at $17.49 with tax and out the door is my new official “best bourbon for the money.” Unfair, and disgusting I know. This is the second bottle I have picked up at this price from this one store. I plan to continue to take advantage of this absurdity as often as I can. Here is to incompetence at the state run liquor stores. They are not good for much, but when they are . . . they are fantastic.