Average score from 4 reviews and 4 ratings 86 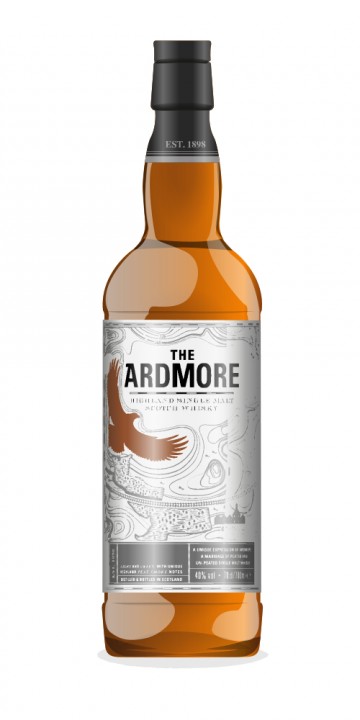 Firstly, the colour on this one is very delicate - mild ruby tones. It looks interesting.

Taste - the bourbon ageing really comes through for me on the flavours. The partial port time doesn't speak as loudly. Mild astringent tones. Not as much robust character on the taste as the aroma.

I liked this but would love to try another of their scotches on either side of this one. Not rushing out to buy a bottle.

Laphroaig's 'sister' distillery - never tried much from this other than its Traditional 'Quarter Cask' standard release, (which IMO is OK but not much more).

This Port Wood 12YO however, has a really intense smokey, minty nose. Further examination reveals some sharp red fruit and berry flavours lurking in there. A bit of liquorice and aniseed, followed by some sharp citrus orange. It's very fresh and enticing.

Smoke and wood tannins hit the palate first. Becomes quite sweet with blackcurrant and strawberry flavours - like fruit-flavoured hard-boiled sweets. This is followed by liquorice root and fennel notes. The palate is softer and sweeter than the nose yet quite amazingly complex for a 12YO.

It fades to a fairly sweet and pleasant finish, which lingers.

This is a lively whisky but in a positive way. It's not one for lounging back in an armchair and savouring subtleness. No, this one makes you sit up and notice it. It is a mesh of hard-hitting flavours which do all meld together very well. And at only £45, it is very good (relative to 2016 whisky prices). I am impressed.

Ha, this is my 20th Ardmore. The Ardmore Distillery, near Huntly, was founded by Adam Teacher. The malt is still the heart of the Teacher’s blend. But it is also released as a single malt and the newest to the core range is this Port Wood Finish, that matured for 10 years on bourbon casks and then was allowed to sleep two more years on European half port pipes. That explains the lovely tawny color.

The nose starts on light peat and stable scents, that are quickly joined by very sweet fruit. Think strawberry, rhubarb, brambles and even cherries. Add some raisins and a bit of lime. It also sports a very soft salty note as if from fresh white fish. I quite like this!

The arrival is good. Oily mouth feel and immediately smoky. Loads of spices (mostly pepper), before the fruit kicks in. All of them very sweet, of course. Brambles in the lead. They are joined by apricots and some chocolate. The combination with the peat works very well on the palate.

The finish is fairly long. The smoke clears very slowly, allowing the fruit – that seems to get darker and even candied – the final say.

What a pleasant malt. Wine finishes are often quite tricky, but this one gets it right. Just under 50 EUR. Recommended.

@markjedi1 thank you for exposing this bottle. I wasn't aware it was a 12 year old, I'll keep an eye out for it.

I've not had a lot of Ardmore in my lifetime, I'll be perfectly honest. I've tried the entry level Ardmore Traditional Cask which was a good gift to buy given it's extremely affordable price tag and decent quality.

The other one I've had is the Ardmore 25 which is a lovely cask strength whisky. Lots of punch and lots of flavor. Quite impressive.

But that's the extent of my Ardmore experience.

Then a few days ago I got sent a 50ml sample from their PR/Marketing agency to try and then write about. I know there are some bloggers who refuse samples completely in order to keep their reviews unbiased. Which is fine. I, on the other hand, don't mind receiving samples since my reviews are going to be unbiased any way.

This Ardmore joins three other travel retail expressions released recently, Legacy, Tradition and Triple Wood, and retails at around 50GBP. A bit high if you ask me for a NAS travel retail with so so flavors.

That smoke again. Touch of peat. Leather. Some bitter herbs. Gets super bitter mid-palate and you really have to chew on it to release the other flavors. Turns to a bitter chocolate. Toffee. Vanilla. Dried tea. Some type of varnish. Not what I was expecting really. A mish mash of flavors which, while not disastrous, are not that stellar either. 20/25

What do I think? I think it's OK. What do you expect from an entry level NAS Travel Retail, right? It's probably not the easiest to drink but someone who's not too picky won't mind this terribly.

If you look up the definition of "damning with faint praise," you should find a link to this review.

@OlJas hahaha I'll take that as a compliment. That was precisely what I was going for!