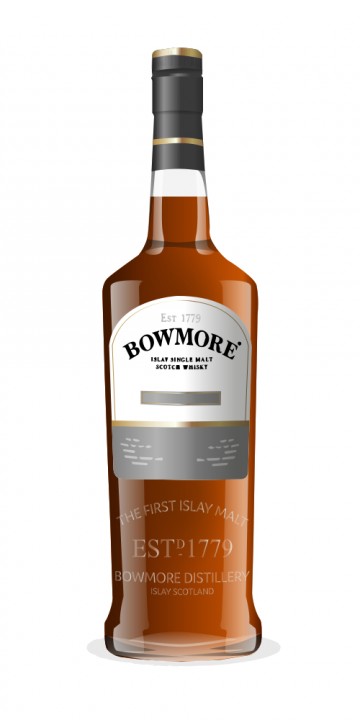 Peat and sherry, the salt and tabasco of whisky. As powerful flavour agents they often determine the direction of our single malts. Ranging from enhancer to the dominant force of our single malts, we all certainly love one of their phenotypes.

But designing a dram that encompasses both to the fullest of their merit can be quite tricky. You'll need to create a perfectly balanced combination of rich, bold, and phenolic tastes. The Lagavulin Distillers‘ edition and Ardbeg Uigeadail know well how to fine-tune the two to a foolproof equilibrium, but there’s another Islay contender from the shores of Loch Indaal. And I ain’t talking about Bruichladdich.

Description: Batch 3, matured for 14 years in an ex-bourbon cask, finished in a Spanish Oak Sherry butt, bottled in 2012 at 53.7% cask strength.

Mouth: a rich body with a warm and fairly intense peppery burst on the palate. Some tar, peat, a drop of sherry, dried plums and salty liquorice, with an overall clear influence of the wood.

Verdict: underneath all that peat smoke lies a mature whisky that wears its sherry finish like an armour. What a dram and what a blast. Only €77 at the local shop, so it comes reasonably priced. Makes you wonder why it gets so little acclaim. I can’t stress this enough: if you don’t know which OB Bowmore to buy, Laimrig is the one.

Laimrig is my favourite expression within the current Bowmore range, by far. All a matter of taste, of course, but in my opinion they got this one right, and it can even hold its own against the Devil's Cask releases. Great review, @Pandemonium, almost felt myself transported back to Islay!

So far this is the only Bowmore that I've enjoyed, though my experience is with the batch 2. Perhaps I should open my batch 3 and do a comparison.

Laimrig is Gaelic for pier and thus refers to the ancient stone pier at the distillery. It is a cask strength 15 Year Old Bowmore, matured on Spanish sherry butts. This is their third batch, 18.000 bottles strong. The first batch was only available in Sweden and consisted of only 4.500 bottles. The second batch, which counted 15.000 bottles, was a big hit. Let us see how this third batch fares.

I have only just poured a dram and immediately the room is filled with the rich scent of roasted coffee beans, fresh figs, dades, coconut, walnuts and freshly waxed leather. The second wave of aromas contains some maritimes notes, like seaweeds and peat. They get louder all the time, turning the nose to brine. Some struck matches as well. This is beautiful.

On the palate, that starts off very powerful and feisty, the brine and peat push forward. The sweet sherry notes try to keep up, but to no avail. Cloves, tobacco and ginger. Turns slightly bitter as if from the stones of grapes. The whole is simply grand.

The long, warm finish starts off sweet on all kinds of dark fruit, before the peat and brine have the last say.

The combination of peat and sherry, which I always consider a challenge, work wonders in this Bowmore. Has no quarrel with water, either. Even a good splash. Fantastic dram. Around 70 EUR.