Average score from 4 reviews and 15 ratings 89 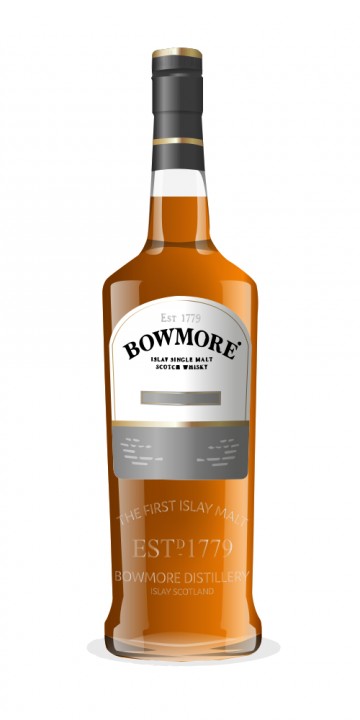 Nose: First light toffee, with a background of grilled pineapple. There is peat but barely perceptible even when warm. The smoke is not a theme, but used to enhance, making it extremely balanced. The result is something like milk chocolate with toasted and salty hazelnuts.

Palate: Salt, then quick to toffee. Lemon cake comes, followed by one of the most pleasant peaty notes I have tasted, almost honey-like.

Finish: The honey-like peat turns to mild cappuccino laced with nutmeg. You can also pick up on some tobacco/pineapple/vanilla.

Overall one of the most balanced scotches I have tasted while still retaining complexity. For those looking for something similar, I find it compares well with my recent tasting of the Ardbeg Galileo. The Bowmore is not too much of anything, but a perfect blend of everything: sweet, salt, smoke, phenol-- are all subtle and in harmony. It is so well rounded in this way, that I think it also serves as a good standard/reference for assessing other whiskies.

When I tried this 17 year old Bowmore for the first time, it was not in the ideal circumstances. After all, I was working in the Tunisian desert as you can see in that particular Whisky Rambling on YouTube. So it was time to try this again, at home.

The nose reveals sweet peat and a touch of brine at the very beginning. The fruit, which translates into dark berries and caramelized apples, is rather discreet. Some vanilla and milk chocolate. Only slightly medicinal. Quite nutty. I am thinking hazelnuts and almonds. Very accessible and pleasant.

It is very creamy on the palate, with smoke, burnt malt, toffee, white pepper, honey and some fruit, the dark version. Salted farmer butter. No doubt there are some sherry cask in the mix. Midpalate it turns salty and peaty. Nice development.

While the finish is not overly long, it is very pleasant indeed. The sweet fruit and spices, but also a lot of peat, end in a touch of tobacco leaves and coffee.

This is, because of its rounded creamy character, a very pleasant whisky.

Smoke and peat and sea salt. Warm and encompassing - and that's just the initial hit of the nose. Behind that, there are hints of sweetness - particularly chocolate - and a dash of fruitiness. A genuinely deep and complex nose that takes several goes over several minutes to start to get a grip on all the contrasting flavours.

The taste is initially lightly smoked creamy toffee with a spicy, peppery note, and then there is a rush of heavy smoke, peat and salt. I get hints of honey and occasionally I feel like I catch a fleeting smidgeon of fruit. Not too many malts start light and creamy, and develop into a warm and rich malt.

The finish isn't terribly long, but is full of flavour - spice, peat and smoke overlay hints of honey and good pipe tobacco.

If someone said to me they were trying to sell me a whisky that was sweet and fruity, as well as smoky, peaty and salty - and that it could be described as being light and creamy, along with warm and rich, I'd be pretty sceptical. However, somehow this bottling manages to pull it off, and the Bowmore 17 year old is a genuinely fantastic dram. It's a peat monster, but easier and lighter than pretty much any other Islay. Better value for money than the 'Darkest' bottlings, but probably not quite as good overall.

I'd heartily recommend it for anybody who is in to Islay malts, but wants something with a definite unique character.

Interestingly, as I still had a few sips left by the time I finished the review, I thought I would try this one with some dark chocolate, and the pairing worked really well for me. But I mean genuine dark chocolate - the slightly bitter stuff.

I also tried some milk chocolate I had lying around, and (surprisingly) it was fairly pleasant, but the dark, high cocoa chocolate fit this whisky like a glove.

I was lucky enough to be able try a dram of this bottle at a business dinner tonight! @jdcook, I would agree with a good portion of your review notes, though I think I missed some of the aroma profile due to it being served in a straight sided glass. All in all though, very nice and a very unique structure for an Islay whisky.

Would it be safe to say that this offering was aged in sherry casks? Any feedback about that would be appreciated.

This islay whisky has it all. It has a strong body but not to strong. It has a nice smoky flavour with hints of seasalt and lemon. My bottle is almost empty...

I tasted this last week - and it was one of my favourites. Now I have to find a bottle.