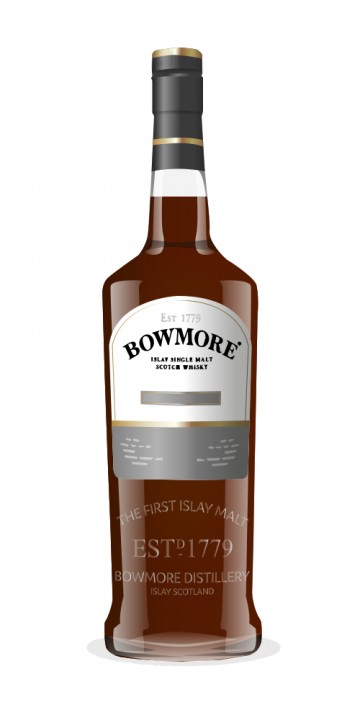 Nose: mmm cherry Twizzlers, sherry, honey, roses, soft leather notes, a hint of milk chocolate. This is has a very nice nose, not at all overwhelmed by the high abv.

Neat: ah, nuts. Nice balanced mouthfeel, but all I get neat is bitter, burning, pepperyness. If you like that sort of taste, then this is definitely right up your alley. Unfortunately, I don't... but let's see how it is with a spot of water added...

With about 15 drops of water: nose actually opens up a bit more, more leather and wood, reminds me of a much older single malt now. Loses some of the fruitier notes. Hmm. Tones down the overwhelming burn, maybe a little more water will help? After another 15 drops... nose opens up again, more wood and a little bit of salt and seashore. More leather. Huh, interesting. Still has a bite, but now I can actually taste some wood, honeysuckle, heather...

This is a very complex little dram. Now I understand why so many people hold it in such high regard. It's not quite my preferred kind of scotch, but it's interesting enough that I could see buying a bottle just to see how it changes over time.

I don’t think mine changed a lot over time. It kept its quality from first to last dram.

I “studied” hard in preparation of my first bottle of Laimrig. This was a batch I picked up in Calgary a few years ago. I was quite put off by the 12, 15, 18 year old standard bottlings so I was extremely surprised when I liked it so much I picked up a bottle of a different batch at the LCBO the next spring, and that one is still waiting to be opened.

This year’s Laimrig is different. Whereas the other 2 batches I bought had numbered bottles indicating a limited run (“limited” to 18000 bottles the last time it was available here), what the LCBO calls batch IV (nothing listed on the bottles) has no indication of total bottles produced.

I bought and opened this bottle today. It is reviewed in my usual manner. I then poured a small portion of what remains from the first batch I tried, in order to compare batches.

With water - sweetens the nose, some brighter sherry notes, green table grape. With time peat fades into background and integrates nicely with the sherry. (22/25)

Balance - the flavours seem to work well together. Much better with water. 22/25

neat - fruity, flint, complex layers of sherry with peat well-integrated in the background. With water there are definite hints of (a good) A’Bunadh.

Neat – chocolate, sweet/sour, a little spirity which decreases with time, sherry. water adds a green grape note to the palate, and the chocolate fades a little and becomes darker.

At its peak this would have easily been a 90-92 point whisky.

This has increased in price by 20% at the LCBO since the last batch was sold 3 years ago.

It is hard to compare the two batches but on initial impression it is as if the newer batch is a little younger, maybe using slightly less active casks. Maybe a larger batch with less of the nuance a smaller run confers.

This Laimrig did not grab me and “wow” me right from the outset like the Tempest V I tried in December did. However, there is a good chance this whisky will evolve now that the bottle is open, and I will definitely have to come back to it.

I know Curt of ATW is a big fan. I'm pretty sure KWM usually carries it but it might be getting more difficult to get these days what with worldwide demand starting to exceed supply. Vines Wines in Edmonton doesn't have it either. You're fortunate that the LCBO has it. BC's useless government liquor pimps had it once about 3 years ago. Haven't seen a Springbank here for years either. I guess I'll have to content myself with the Tempest VI which is right up there with the best.

I think that this is not as new a release as I had thought. There is a review of a batch with similar label and same ABV that calls this a 2014 release:

The site is from Calgary, but I can't confirm if the bottle was purchased there.