Average score from 1 reviews and 1 ratings 97 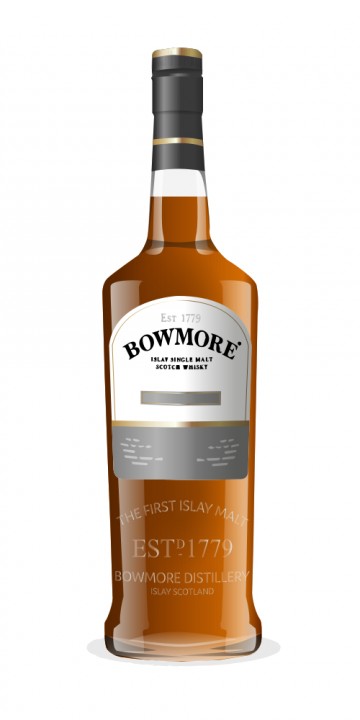 Before reading I'm letting you know that I am writing this as a tribute to my Dad and it will be fairly lengthy. If all you want to read are the tasting notes then they are at the end.

It was my Dad who introduced me to Single Malts properly. About 10 years ago he started discussing with me the different regions and what peatiness was etc. Initially we would just drink the so-called 'introductory' malts showcasing the different styles - Glenmorangie, Laphroaig 10, Jura etc. This passion between us grew and grew and we started spending many an evening together sampling various weird and wonderful malts gradually becoming more adventurous, (and spending far more money than we ever intended to on them).

We'd always talked about a distillery tour of Scotland and finally two years ago we got our act together and went off on a whirlwind tour. We went to the Cairncorms, stopping for a full tour of Dalwhinnie before heading westwards, through Fort William, passing Ben Nevis and its associated distillery. We went to Oban distillery - the town itself is very weird - literally built on a cliff. Every successive street seemed to be about 50 metres higher than the previous one, (OK that's probably an exaggeration but you get the idea). And it has its famous lookout tower at the top which looks like a mini Roman Colosseum.

However, Islay malts were our real passion so after leaving Oban we took the Ferry over to Islay and booked into Bowmore hotel. In one day we visited all eight distilleries but although we initially went for the whisky we discovered the island itself was amazing. Very peaceful, relaxed and scenic - I'd recommend it to anyone who wants to get away from hectic urban life for a bit.

On 23rd July this year my Dad was diagnosed with a very aggressive brain tumour. I knew he would never reach his 70th so I decided I would bring forward the celebration by three years, went out and grabbed this bottle for £220. Although very seriously ill I was able to share a sample with him and am I so grateful for getting the opportunity. I'm devastated to say that he died last Thursday, 19th September - less than two months after diagnosis. He was a great man who loved his whisky and I probably would never have developed my passion for it without him. In the end his favourite malt was Caol Ila although over time it varied between the smoky Islay distilleries.

So I'm drinking this sample today in memory of you Dad - you were great and I will treasure every memory of you, especially all the fantastic whiskies we drank together.

Nose - Toffee, chocolate, some lavender, touch of ripe fruits. Smokiness is there but only faintly. Got a hint of apples just then but now it has gone. Slightly perfumed but by no means overpowering. It's rich, complex yet mellow.

Palate - I get lavender initially. I do believe that Bowmores of the 1980s were quite big on this so it should come as no surprise. Slightly chewy toffee-like but not too sweet. Bit of saltiness or is that just dryness? Chocolate returns. There is a fruitiness but I cannot quite get what type. Parma Violets too. No real smokiness on the palate but this is dry - possibly the dryest Bowmore I've ever tasted. Fairly thick mouthfeel but possibly not as much as I'd expect for a whisky of this age. It is quite brilliant however.

The finish gives a floral flavour that lingers and lingers - it starts to give way to dryness again that again stays for a long time. Then the floral nature reappears before finally we get the classic Bowmore cigar smoke on the tongue - but that was over 5 mins since last sipping it.

It's not always the case that whiskies improve with age. However I think in Bowmore's case they nearly always do, (barring some dodgy early 1980s vintages). 25yo>18yo>15yo Darkest> 12yo.

There is no doubting in my mind that this is the best Bowmore I've ever tasted - whether it's worth a price of over £200 is debatable but it is still an amazing malt.

A very moving and thoughtful review. This hits a chord with me as my father and I tend to be at our closest over a good bottle. It's always important to appreciate what you have before it's gone... something you clearly did with your dad. Thanks for sharing your memories, and my sympathies to you @Nemesis101. Wonderful review. I have a lovely dram in hand myself... so here's to you, your dad, and the wonderful memories you shared. Cheers.

Very well written review, well expressed memories about the man that started you in what you love: Life and whisky! I silently raise my glass (which is currently holding Glenkinchie 12 yr old) to you and your father! Beautifull review and hommage..