Average score from 3 reviews and 3 ratings 92 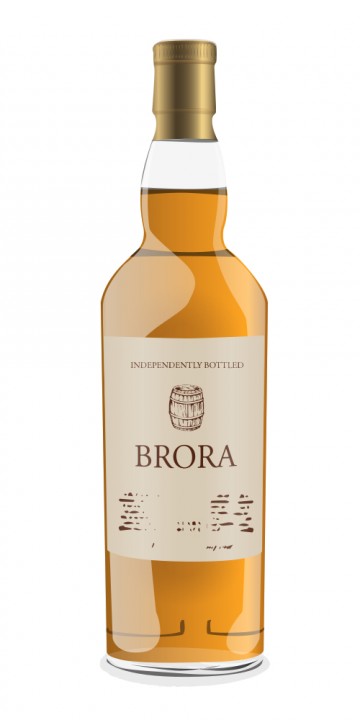 I have had the pleasure of tasting the official releases from 2007, 2008, 2009 and 2011. Each and every one of them were absolutely fabulous with the 6th Release from 2006 as overall best. It will not surprise you that I am very much looking forward to trying this 12th Release from 2013 (and that has nothing to do with the fact that it was distilled in the year that Star Wars hit the silver screen). The nose is sweeter than anticipated with mashed banana, juicy pears and a truckload of pineapple (I am not kidding), grapefruit and waxed wooden floors. Brown sugar. Very waxy. In the background I detect a bit of cow stable, wet earth and sweet peat. Hint of sea breeze. A leaf of mint. Nice smoky touch, but less than in other releases, making it more accessible. Subtle salty edge. But the emphasis is clearly on the sweetness. Boy, this is a very complex animal. Nicely mouth coating and oily with dark fruits and chocolate up front, liquorice and smoked salmon in the middle, ashes and smoke in the back. Very complex and layered palate. Very spicy too. Mustard and pepper. Mild medicinal character. The smoke becomes grand. The finish should be called a finale. Everything returns once more and more (try saying that three times in a row!), with the smoke slowly clearling to allow the dark sweet fruit one more moment in the spotlights. Flabbergasting! I would describe this Brora as ‘dark’. Once you’ve tasted it, you’ll agree, I’m sure. This bottle will set you back between 1500 and 2000 EUR today. Excuse me? Yup, it is the sad truth. Thanks for the sample, Robin!

This is a whisky that was distilled in 1977, that's even before I was born!! That by itself was enough to get me really excited to taste this expression from the legendary (now silent) Brora Distillery.

Nose: The American and European Oak casks where this spirit resided for 35 long years make a strong impact right at the beginning with lots of woody notes coming through along with some mild peat too. What follows is freshly baked biscuit notes and more of the fresh lime sort of citrus. If ever you had a perfume that smelt like a whisky you'd want it to smell like this Brora. Finally some clove and vanilla that give this nose a touch of spice. What's great about the nose is that it keeps giving out these aromas consistently for quite sometime rather than oxidizing and fading away.

Palate: I assume 49.9% must have been natural cask strength for a whisky which has been maturing for 35 years so its not really a surprise that a sip of this dram brings out a whole load of flavors bursting in your mouth. A very juicy palate with lots of stewed pairs and apples with spiced cloves in the mix. There also citrus and burnt woody notes that come through. And finally there is that mild and yet unmistakable peat that also makes it presence felt.

Finish: As on the nose.. the wood makes a definite impression on the long velvety finish of this one along with iodine and lime in there as well.

Another absolute cracker from Brora.. its a pity though that its so expensive .. making people like me have to be content with a just sample dram of this lovely piece of history.

Nice. This is my favorite bit: " If ever you had a perfume that smelt like a whisky you'd want it to smell like this Brora." I often wish for whisky- (or peat-) scented cologne.

I've never had a Brora, but it seems to me like the one lost distillery that's really worth lusting over. The others seem have to have pretty decent substitutes, like Caol Ila for Port Ellen. But until they start making some funky farmy stuff at the modern Clynlish, I don't know of a Brora substitute.

@OlJas.. thank you for your comments.. :) The Brora is truly an amazing dram.. I've only managed to have two expressions of these so far and both of them have been fantastic!!.. That being said even distilleries like Banff, Rosebank and PE have had some fabulous releases... I mean even though maybe you've got a point about being able to substitute them.. given a chance I'd still want to taste these pieces of history.. :)

Brora. The elusive spirit that is fast becoming unobtainable for ordinary mortals like me. Each year Diageo unveils a Special Release of old stock Brora lying around at a price which, if my only child was kidnapped, I would be unable to pay the equivalent amount in ransom.

But that's OK. If that's where the industry is headed then so be it. I'll simply contend my self with a 3cl sample just to satisfy my curiosity.

Not because I'm curious to see what it is that costs so much but that I genuinely like a Brora. Not that I've drunk a truckload of them but when ever I've drunk one I've enjoyed it. I think the flavor profile is truly original.

I have an unopened 30 year old bottled in 2010 which looks very tasty. But given where the prices are going I might hold on to that for a while. Let's see.

So the dram in my hand is part of the famed 2013 Special Release from Diageo. The 35 year old spirit was distilled in 1977 and is a mix of re-fill American and European oak. It is bottled at a cask strength of 49.9%. I suspect another 10 years and it would not have remained whisky any longer.

Palate: Quite sprightly. Burnt wood. Citrus. Butterscotch. Juicy apples. Pears. Stewed fruits. Berries. And that mild peat again. The medium bodied delivery is very nice. Quite juicy. Makes you salivate. There's a hint of spice but that dissipates quickly amongst the fruit basket.

Once again this is a very tasty beverage. The 35 years have been manipulated quite expertly. There is not a wrong note any where. My only criticism would be that it's not as complex as I would want it to be. But that's OK.