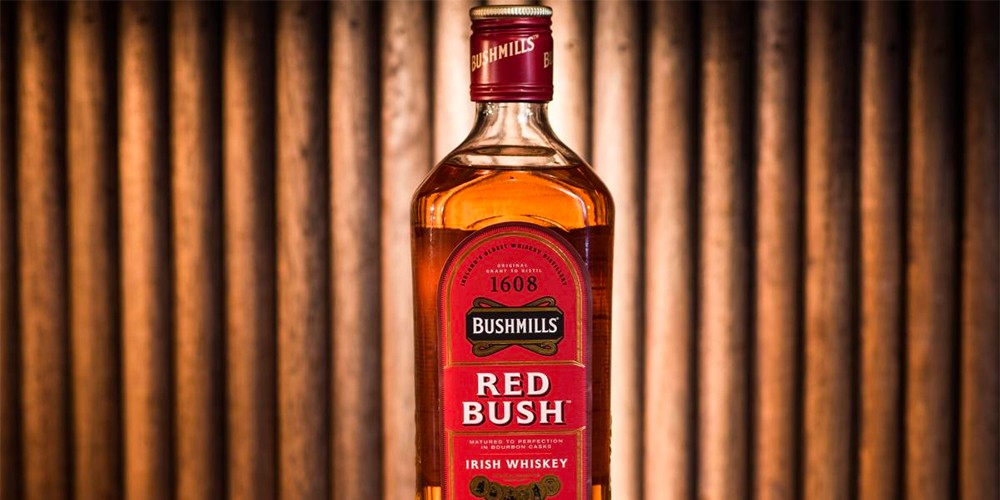 Bushmills have announced a new addition to their blended whiskey range. For many years their blends have been limited to two expressions, the standard Bushmills and the iconic Black Bush, famous for it’s Oloroso sherry character. The new release, Red Bush, is matured exclusively in bourbon casks so it promises to be an accessible whiskey with plenty of vanilla notes.

From what the company say about Red Bush, it appears to be aimed at bourbon lovers and new whiskey drinkers but if you’re a fan of smooth Irish whiskey and you want something approachable and easy drinking this is almost certainly worth a look.

Colum Egan, Master Distiller at The Old Bushmills Distillery says, “While we’ve been innovating with our aged whiskeys for centuries, we’re excited to embark on a journey with the millennial drinker. Maturing the whiskey exclusively in first fill bourbon barrels creates an extremely smooth spirit that will resonate with frequent bourbon fans and first time Irish whiskey drinkers.”

Unfortunately, Red Bush is only available in US at the moment so the rest of us will have to wait.