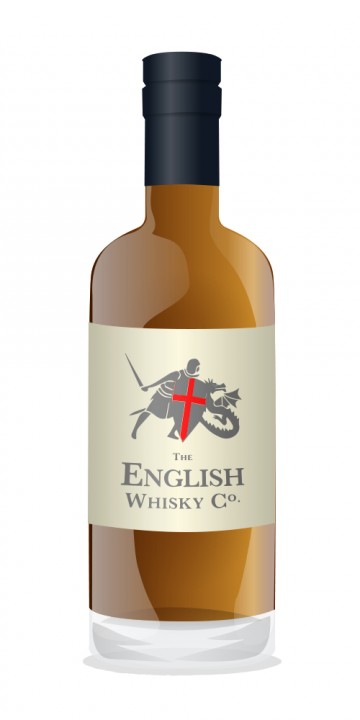 I've had the Chapter 14 before trying this one and felt it was a decent enough whisky. Not amazing but worth a sip to satisfy my curiosity about the first single malt whisky produced in England for 120 years.

This Norfolk distillery produced it's first spirit back in December 2006 with the help of recently retired Laphroaig distiller Iain Henderson and they managed to cask 29 barrels of the new liquid. In August 2007 they opened to the public and the distilling reins were handed over to David Fitt, a brewer from Greene King.

Till then, it seems, they've been motoring along nicely using a bunch of casks and distillates to produce a variety of whiskies. Since this is only the second whisky I've tasted I really don't know how good or bad the average spirit is. But by and large the word on the street is positive.

I had heard good things about Chapter 13, a lightly-peated malt matured in Sassicaia casks (Sassicaia is a Bordeaux style red wine) with an absolutely gorgeous label depicting a fire-breathing dragon.

What is even cooler is that, superstition be damned, the whisky was released in time for Halloween with 13 featuring prominently. The ABV is 49% (4+9=13), it was launched on Friday the 13th (September) and priced at £66.60 (get it?). Nice little fun and games here.

Chocolate. Warm honey. Touch of smoke. Toffee pudding. Custard. Hint of cured meats. Nice cured meats. Something bitter. But something sweet too. Like a marmalade glaze. Celery sticks. Nutmeg. Coffee beans. Sweet oak. Like a sandalwood but not really sandalwood. Berries. I like this nose. Really like it. 23/25

Great weight. Medium but silky mouth feel. Quite peppery. Savory. Marmalade on burnt toast. Toffee apples. Oak. Cinnamon. Coffee. Vanilla. Quite a sharp barley. Not as good as the nose but quite nice. 22/25

The first nose on the whisky will take your breath away. It's quite gorgeous. But as it sits and breathes it loses it's intensity a touch. Same on the palate and finish. Fresh out of the bottle when the spirit is wound up tight all the flavors pack quite a punch. Let it breathe and it mellows out a touch. Is that a good or bad thing? I don't know. Still a mighty fine whisky.

@MaltActivist, Love to see new Distileries popping up, and having some fun with their whiskey in such a serious industry.

It sounds delicious, like a cigar malt, you might have to drink it with friends to finish it quickly. I doubt we will see it here in the U.S. but I know to keep my eyes looking for it now. I'd definitely like to try anything Iain Henderson has had his hands in helping produce!

Can you tell if it has been chill filtered or caramel coloring has been added?

Hi @Benacio - distillery literature claims no caramel no chill filter. I've not had a lot from this distillery but like you said as long as they keep having fun...