Average score from 3 reviews and 8 ratings 89 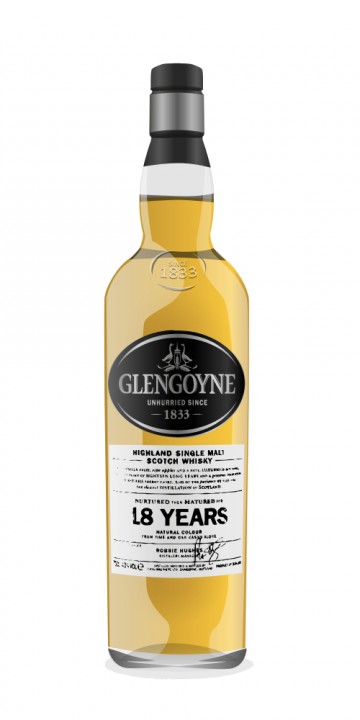 I'm Canadian. That means I have a complicated relationship with geese. As the Canadian legend goes, all the anger and hatred was sucked out of the Canadian populace and channelled into its geese in a secret ritual known only to Rick Mercer, Avril Lavigne, Sandra Oh, and Ed the Sock. The ritual worked, but it worked too well. Our geese are the most spiteful and evil creatures on planet Earth, whereas a Canadian citizen is likely to say "Sorry, eh!?" even if YOU bump into them.

Australian wildlife recoils in horror at the thought of fighting a Canada Goose. Rumour has it that even Chuck Norris won't approach a Canada Goose for fear of losing his tough-guy reputation. So you can understand my reticence at purchasing and drinking whisky named after "the valley of the Wild Geese". That said, the name refers to Scottish geese, and I can only assume that they're not as evil as Canadian geese, since that would tear a hole in the space-time continuum. Perhaps Scottish geese are more dour and taciturn.

I really enjoyed the balance of Glengoyne's 10 Year Old offering, so let's see what the 18 Year Old has in store. Hopefully, it's not violent hatred.

Now you might worry that the sherry notes would be too prominent and overtake the malt. Fear not, dear friend. Once again, the sherry notes are integrated yet balanced with the malt character. The sherry notes are present but don't dominate. There's a higher proportion of first-fill casks than the 10 year old, but they don't feel excessive. I know some would love to drink naught but malts matured exclusively in the aforementioned first-fill casks but I'm not one of them. Glengoyne 18 is a wonderfully balanced whisky that is exactly the opposite of a Canada Goose. It's quiet, calming, easy-going, and thoroughly enjoyable.

@Nozinan Quite right. We do have dialects. We've got Dr. Bonnie Henry out here keeping us up to date on any covid-19 oatbreaks and reminding us only to gather oatdoors. Nothing to do with oatmeal as far as I know. I think she's from somewhere in Ontario or the Maritimes.

@OdysseusUnbound "like shit through a goose" is a very appropriate simile. The worst thing about the bad tempered bastards is the tubular turds they deposit everywhere.

I had the Glengoyne 18 a few years ago when it was on sale and being touted as an alternative to the way overpriced Macallan 18. I liked it, but kept thinking it would really kill at 46%.

@BlueNote At 46%-48% abv, this whisky would be in the low to mid 90s for me. I love that even at 18 years old, the spirit character is present in the form of sweet biscuity nuttiness.

Nose: less impressive than the 15, one again, toffee and chocolate notes, but fruitier this time: apple peels, banana, dried apricots and oranges, heavier sherry influences, but with grassy undertones and a whiff of menthol. Nice and rich nose.

Mouth: much spicier on the palate, overtones of white pepper, cinnamon and nutmeg. Oak wood and vanilla with hints of almonds. Close to the 15yo on the palate but less refined, with more influence from the sherry aromas.

Conclusion: Overall an excellent malt, the problem was that I tried it after the 15yo, which still is in my opinion the stronger of the two. But that doesn't mean the 18 isn't an great malt on its own. There are probably others who will find the 18yo more appealing, for the same reasons that I prefer the 15yo. (De gustibus et coloribus non est disputandum)

Got this bottle as a birthday gift and from what I've read it's to replace the 17yo bottling from glengoyne. I've never had the 17yo but from my experience with this little gem i want to get my hands on it before it runs out. IMO there isn't anything better then been gifted a bottle of whisky from a distiller you've never really payed any attention to and discovering a bottle of whisky that you love.

Nose: delicious smells of a lightly sherryed whisky. Notes of strawberry, raspberry, apricot and mellon. Also nice notes of spice, the spices cinnamon and cooked vinnila been prevalent. Also a sugary sweetness I like the describe as cake frosting. A sweet delusions dessert fan nose.

Palate: creamy Buttetscotch and custard, red berry and fruit notes again as well as a hit of desert spice (cinnamon, nutmeg and vinnila) thick notes of honey and honeycomb, hints of clove and dried orange peel. Maybe a hint of saltiness as well.

Finish: very smooth, becomes malty in a very nice way. Faids on honey and dried orange peel, a hint of green tea as well and a bit of desert spice.

I really enjoyed this malt. In a way it reminds me of HP18 but without the peat and heather notes. Fun fact about the distiller glengoyne the distillery is located on the border of the highlands and the lowlands of Scotland. The malt is distilled in their distillery in the highlands and pumped under a road across the border into the lowlands where it is matured. I kind of found that interesting when I read about it. If you've never had a glass of whisky from this distillery give it a go, I deffinatly owe a thankyou to my dear friend that introduced me to this brand.