Average score from 3 reviews and 4 ratings 88 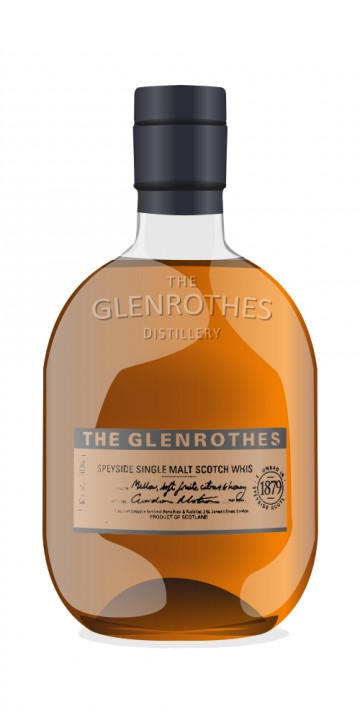 This Glenrothes from 1978 matured on sherry casks. It won Best Speyside Whisky in 2008, the year of its release, at the World Whisky Awards and Jim Murray (who?) scored it 90.5 points. This is one of the few times that I wholeheartedly agree with him (but I do not do halves). It was distilled on 3rd November 1978 and bottled on the 7th January (my birthday!) 2008. The whisky is thus 29 years old.

The nose is creamy on butterscotch with fruit. Think sultanas and gooseberries mostly. A basket full of apricots and loads of sweet honey. There is also a herbal side to it that I cannot quite identify. Heather? Eaglefern (what?!). Nice touches of mint, vanilla and cinnamon and – if you leave it long enough – a bit of licorice. Anise. Yes, anise that gets louder all the time. What a beautiful, sweet, creamy and complex nose!

The arrival, unfortunately, is rather weak. But the fruit and the wood go hand in glove, creating a beautiful balance. Honey becomes fruit becomes spices. Nice evolution. A touch of woodsmoke. Tobacco, maybe? Nice!

The finish is wonderfully spicy and sweet and lasts impressively long.

It would be an absolute cracker if it were bottled at 46% or even 50%. At this strength it is still a top notch whisky, though. Around 340 EUR. Thanks a lot, Filip!

That is indeed baffling, but I think there is only one release, actually. How strange.

Thanks for the review @markjedi1 --- You seem to like this more than I do. I wonder if there are other batches of the 1978 because the one I had wasn't very nice at all.

I suspect this 1978 vintage was discovered by accident in the Glenrothes warehouse. And rather than pour it all away the marketing team told the whisky maker to some how fix it and make it drinkable. Of course, I base this on absolutely no tangible evidence other than the fact that this whisky is quite terrible.

The nose is a mix of citrus with some woody cinnamon and clove. It has the tell-tale cheesy signs of something not quite right. I can't put my finger on it but I assure you even Glenrothes know this is not their finest hour.

The overpowering oak on the palate is an immediate let down which means the little bit of caramel and chocolate have no positive effect what so ever.

The long oily finish is chalky as well as spicy. Save your money, folks.

Mouth: not the most powerful attack, but very balanced. We get sweet citrus fruits, plenty of honey again, some vanilla. This evolves into spicy fruit cake with a little ginger and liquorice. Is that a delicate whiff of smoke in the background?

Finish: half sweet, half spicy. Quite long.

Great review thanks! I recently saw this particular expression for around AUD$400. Do you feel it's worth the price-tag? Cheers :-)

If you can get hold of an independent bottling of 1968-1969-1970 Glenrothes, these will be cheaper and better quality.