@RianC, freezing rain comes in many varieties. It is all dependent upon the air temp. I’ve seen freezing rain anywhere from 0C to -10C. The minus 10 degree stuff is terrifying. It freezes on contact. Everything is plastered with ice, a thick coat of clear ice.

There were bits of tree falling around me as I walked through the park to get to my residency interview.

After I was sent home because all surgeries were cancelled. A classmate called me and told me there was hot food at one of the hospitals that had set up as a shelter, and they were looking for students to volunteer to see all the sheltered seniors and make sure they had all their medications. I slept on a clinic exam table.

After that I made a deal with my surgery team. As many students were away at interviews, there were few of us to do call. I would have my days off after rounding on the patients and would come back to be on call. I was on general surgery but on one night I covered that service, the subspecialty surgical services and even held the student's arrest pager. I learned to put in my first arterial line that night.

I went home as long as my hot water tank would allow me to shower. One day a guy was BBQing all his thawing bacon in the laundry room (!!). After the hot water ran out I showered in the not so pleasant call rooms.

Someone who would later be a friend was part way through his surgical residency. He was on call but also called up by the military (he was a major in the infantry reserves) to clear the branches that littered all the roads. He was called into the hospital for a 12 yo with appendicitis. He pulled scrubs over his army uniform. And he wore his army boots in the OR. He said he had never felt more comfortable in the OR than in those boots...

@Nozinan Very interesting. I made an assumption that you were at Queen’s. That, of course, brought to mind scenes from Animal House.

@RianC, @paddockjudge lives quite a lot closer to the Arctic Circle than me. Out here in LaLa land we’re not anywhere near as tough.

@Nozinan good story. I especially like the ending with the army boots. I am still wearing two pairs of army boots I bought in 1982 while active duty in the Army. Those are sturdy boots. Aren't all items of clothing supposed to last for 40 years?

@Victor Not so sure. I briefly (very briefly) dated someone in the military who was in my anatomy class and her boots did not look as sturdy.

@Nozinan Good Boots are hard to find. Many years ago I had a pair of Greb Kodiaks. They were super comfortable and lasted for years and finally gave up the ghost about 10 years ago. I’ve never been able to find anything like them since.

Last night's cocktail was a proper Hemingway Daiquiri, with white rum instead of amber rum, Luxardo Maraschino Liqueur instead of the liquid from a jar of maraschino cherries, and simple syrup instead of Demerara syrup.. 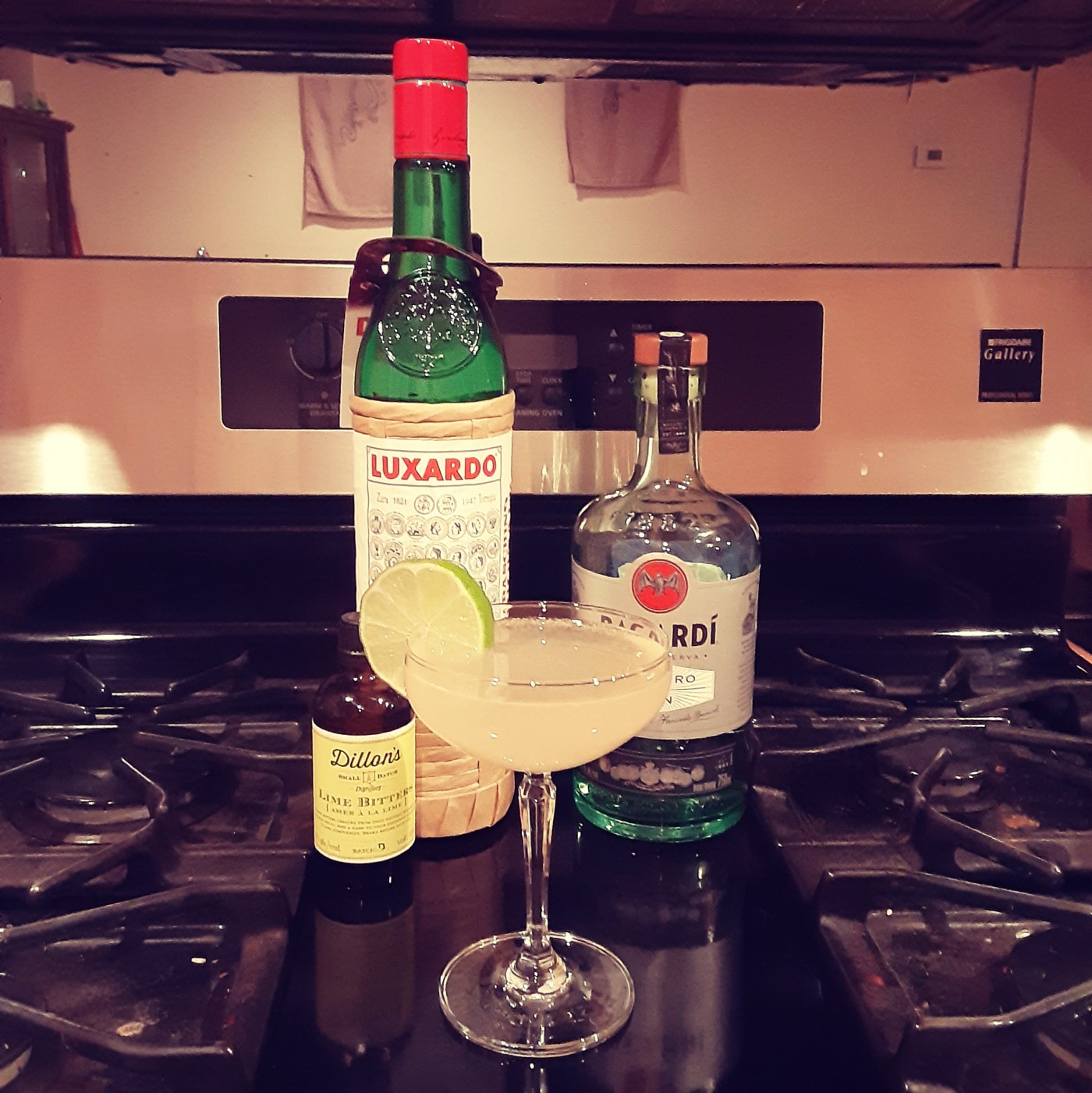 Tonight's cocktail is the Corn 'n Oil: 1.5oz Pusser's Rum, 1/2oz Falernum, 2 dashes of Angostura Bitters, and a 1/2oz float of dark or spiced rum. Yes, despite the name, it contains no corn-based spirits... (diffordsguide.com/cocktails/recipe/3029/cornnoil-cocktail) 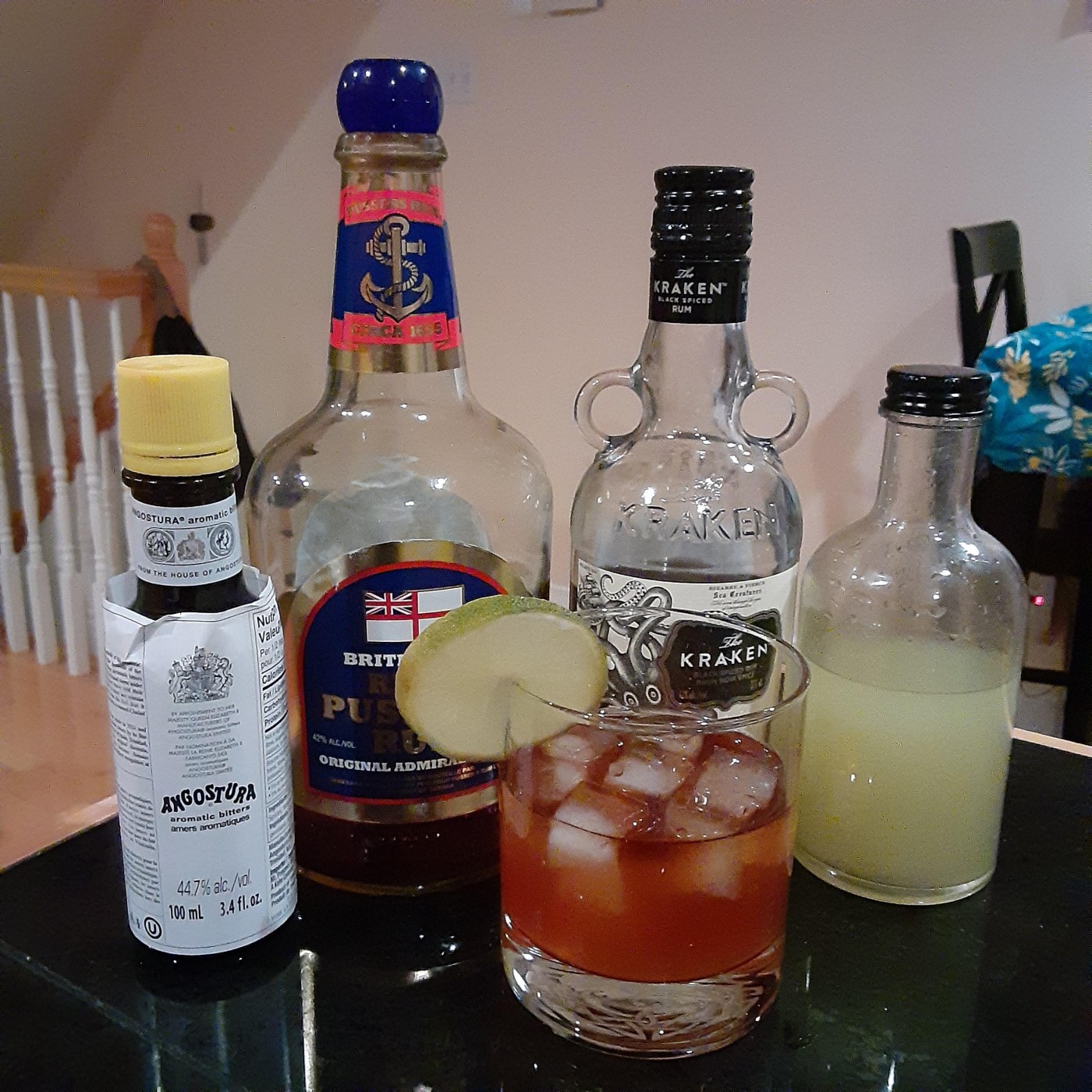 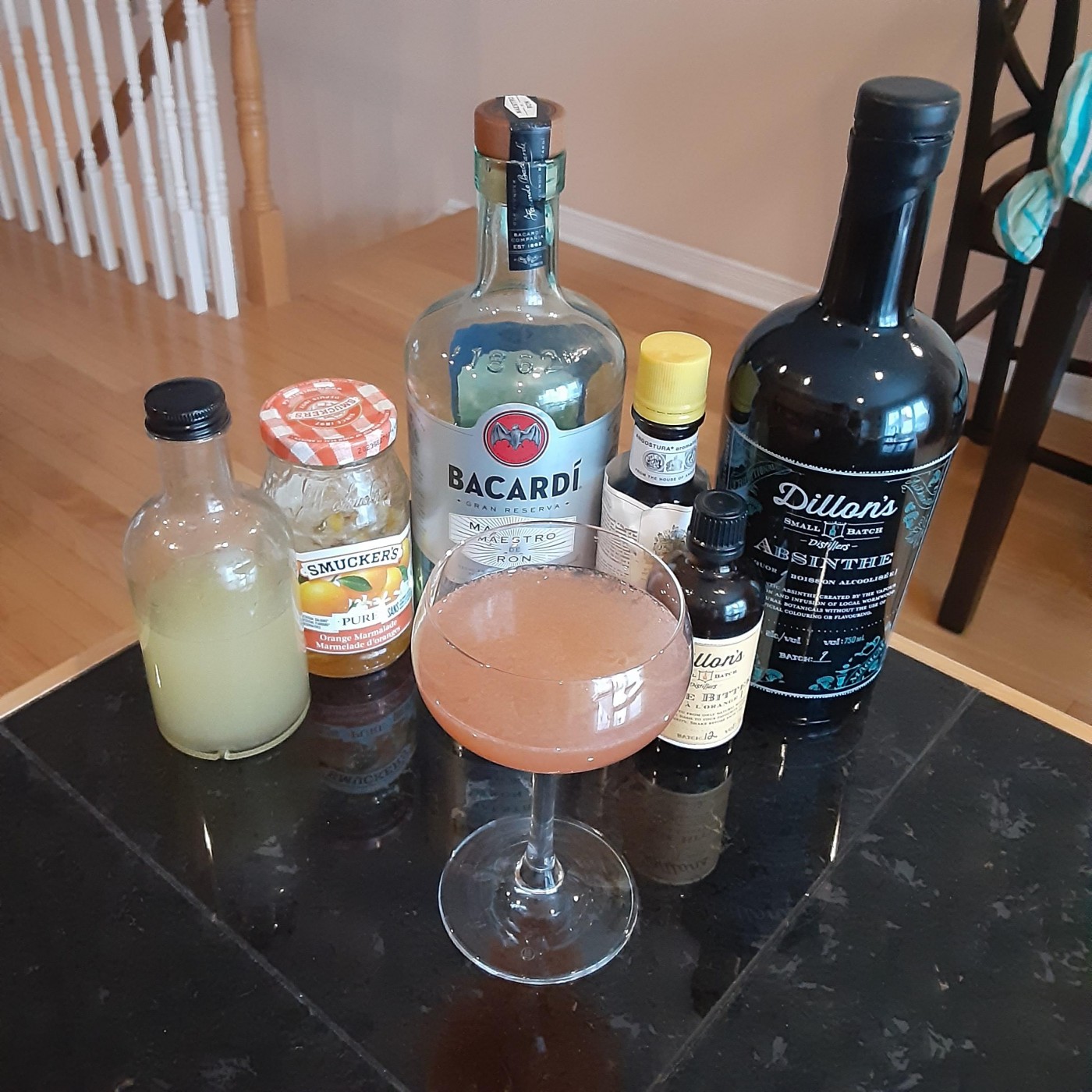 Not sure if anyone has seen this. Curious how this rum will turn out. 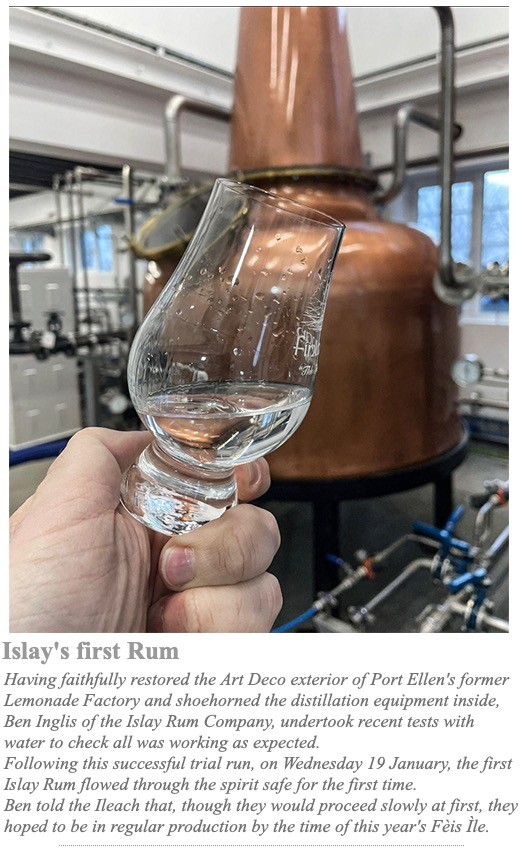 @TracerBullet No I hadn’t so thanks for posting that up. I had heard of another company setting one up around 2020 but nothing seems to be available by way of an update.

I agree with you this will be interesting to try.

To begin with I wasn’t sure what this actually bring to Islay, other than a few jobs, but I suppose if your going to be known as an island renowned for its distilling, why not have a rum distillery too. It makes a change from another gin distillery.

@Timp, exactly what I was thinking...there are enough young distilleries flogging gin.

@Timp Agreed! Rum just seems like an odd choice for Islay. Kudos to them if they are successful and I will try it when I get back there. It just had me scratching my head a bit.

@paddockjudge Gin is just a quick money maker. Don't have to leave it in a barrel for years before you sell it. Plus it's hella popular in the UK!

@TracerBullet Nectar of the British Raj.

A bottle I've been looking to pick up since the fall of 2021. Thanks to a fellow connosr I was able to acquire it in another province

4 months ago 9Who liked this? 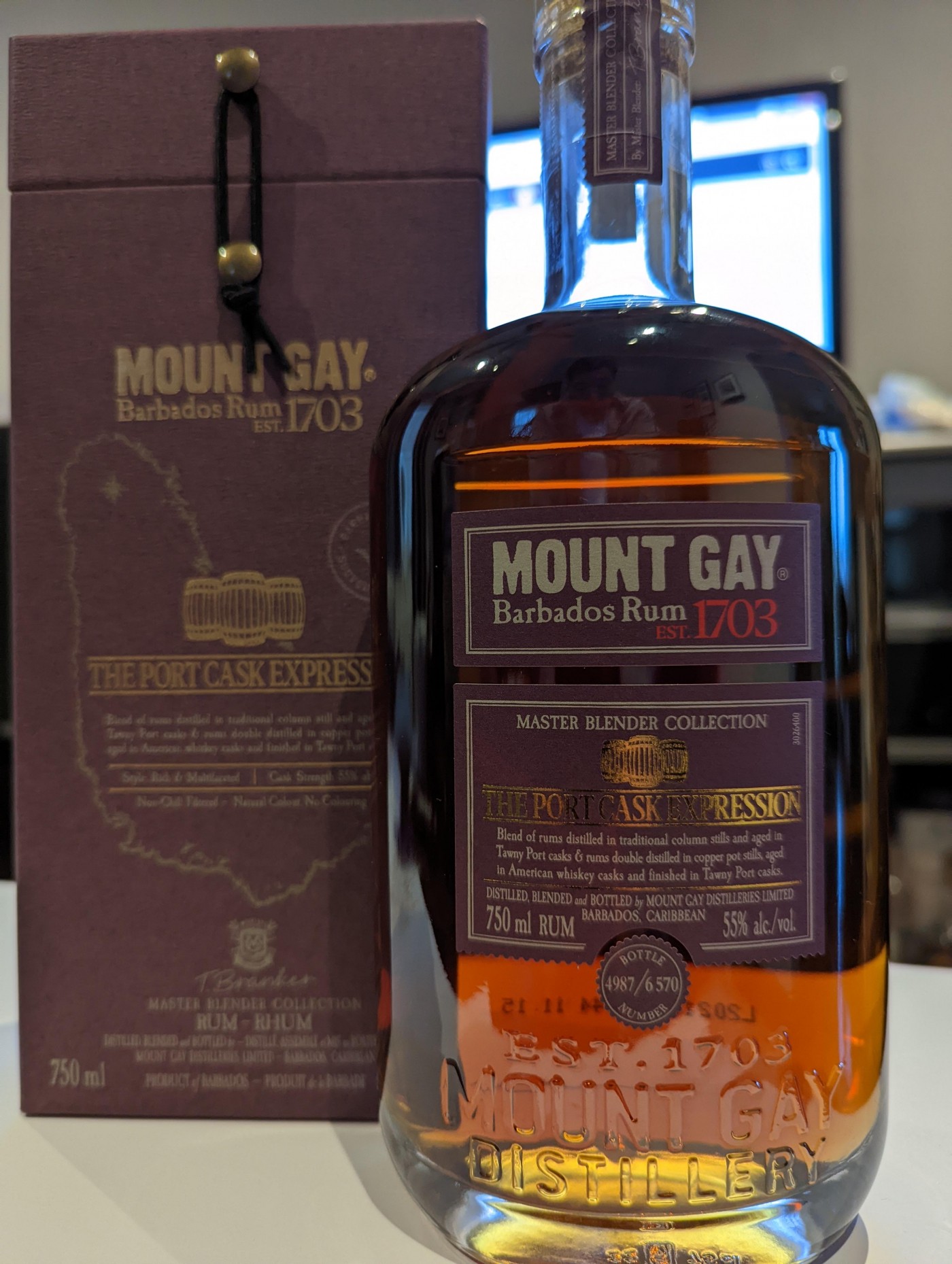 @fiddich1980 Wow! I’ve never seen that one. Mount Gay Black Barrel is one of my go-to rums and I have an older bottling of the XO somewhere in my cabinet but that looks like some next-level stuff.

@OdysseusUnbound Mount Gay has been doing some interesting rum finishes under their current Master Blender, Trudiann Branker. These rum are pricey but, I'm curious to find out what the distillery's first female blender is producing.

More rum cocktails...this is a Rusty...and I have to say that as much as I like Pusser's as a sipping rum, it hasn't really been working for me in cocktails. The recipe is from Diffords Guide (diffordsguide.com/cocktails/recipe/2567/rusty), although I subbed Talisker for the Islay whisky it calls for. 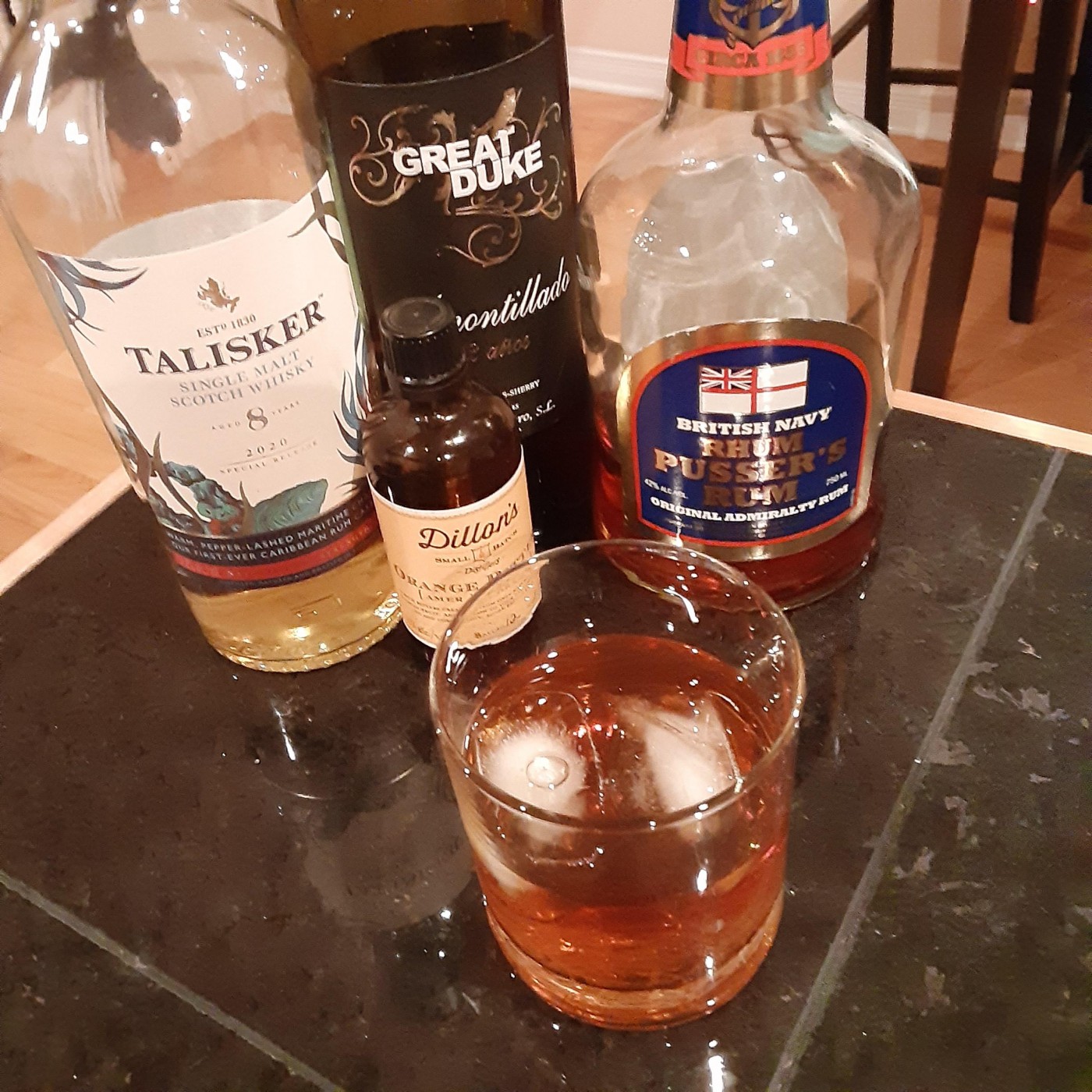 @YakLord Looks like an interesting cocktail. I may have to try that one.

3 months ago 3Who liked this?

@OdysseusUnbound I'd use something other than the Pusser's. It just hasn't been working for me in cocktails. The recipe calls for Havana Club...

3 months ago 4Who liked this?

I do not have an issue with rum dosage as long as the producer provides disclosure: However, "Plantation", seems to be stalling on their name change

3 months ago 7Who liked this? 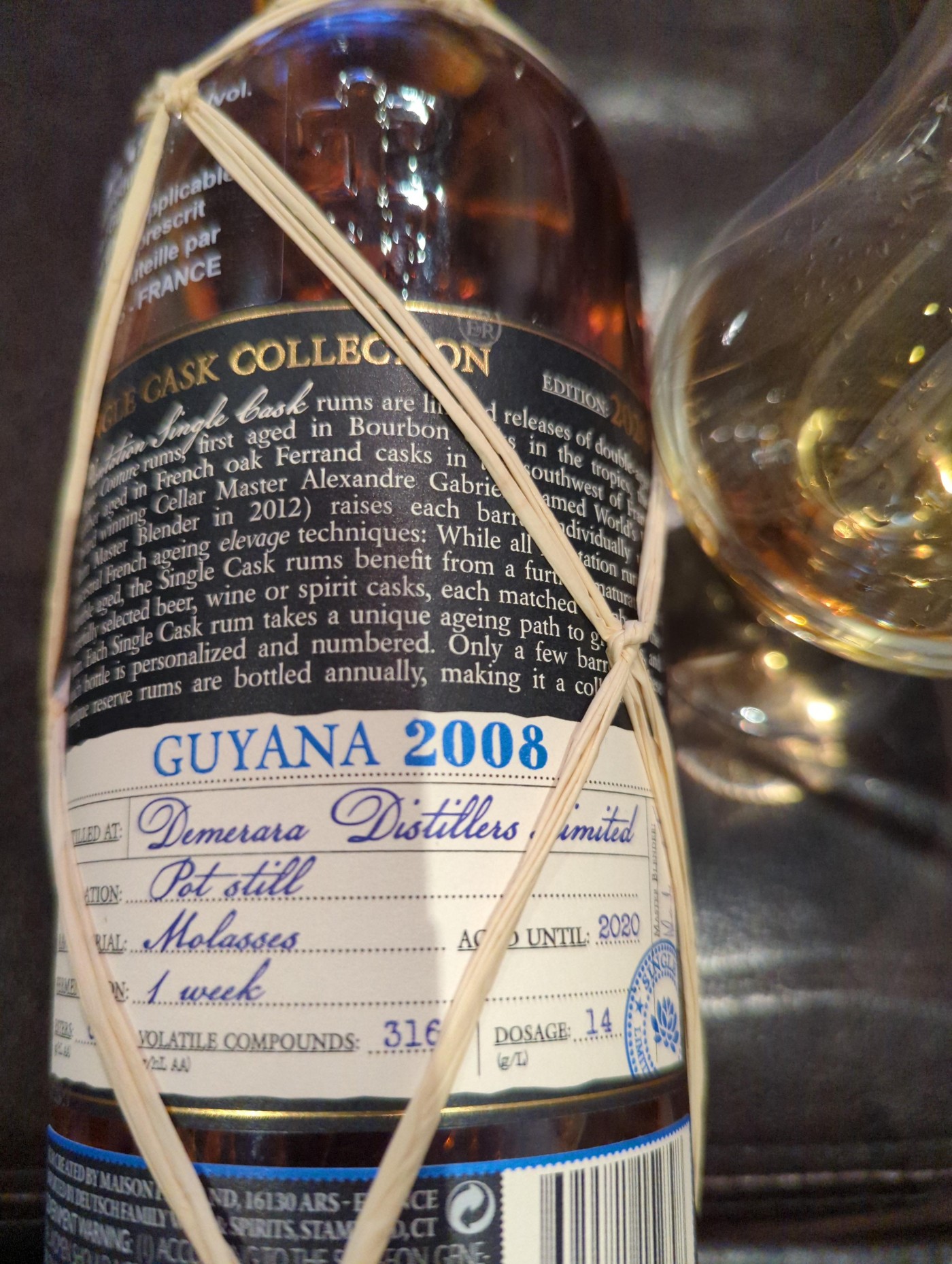 The NOSE is just a SOLID:

The palate punches above its ABV 43%. The only flaw is in the palate where the younger brighter casks show up. 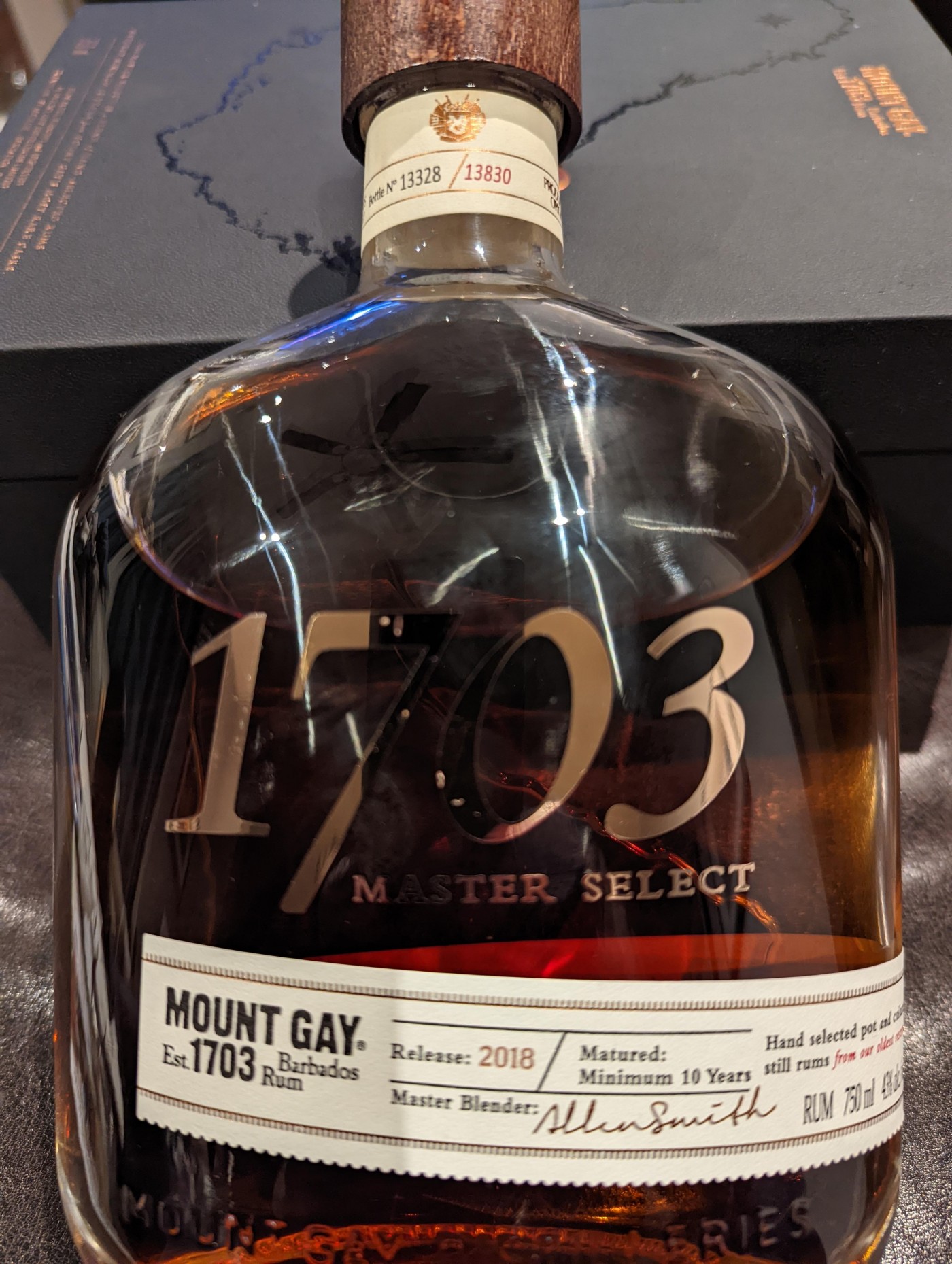