@Victor My amigo. I’ve always enjoy your insight as well as your company. It’s been a while. It’s been a long time since I’ve bought another bottle, still living off my reserves. The issue I have with these inflated prices is must don’t deliver the goods, at least not at the price they charge. I know what I like, It’s mostly tequila and IPAs right now, but if I come across a bargain on Scotch or Bourbon i Love I’ll add as many as I can afford to my collection. Sometimes quality comes at a high price sometimes it doesn’t.
I stopped chasing Pappy, I remember when it used to be stocked on the shelf.

Great to have you back on board again! I hope we hear from you often.

Your name came up at a recent EPIC TASTING, which it just occurs to me I still have to post. Stay tuned...

@Nozinan It’s been some time since I’ve hosted an Epic tastings. I have a couple of buddies, we take turns drinking each other’s good stuff. I login from time to time and read reviews and threads. I’ll be looking for your post. It’s good to be back.

@MadSingleMalt That is a delightful line up. I would be very interested to hear your taken on the Local Barley 11yo and the 14yo CS . . . as well as the 15yo and the 18yo. All those bottles are so variable. 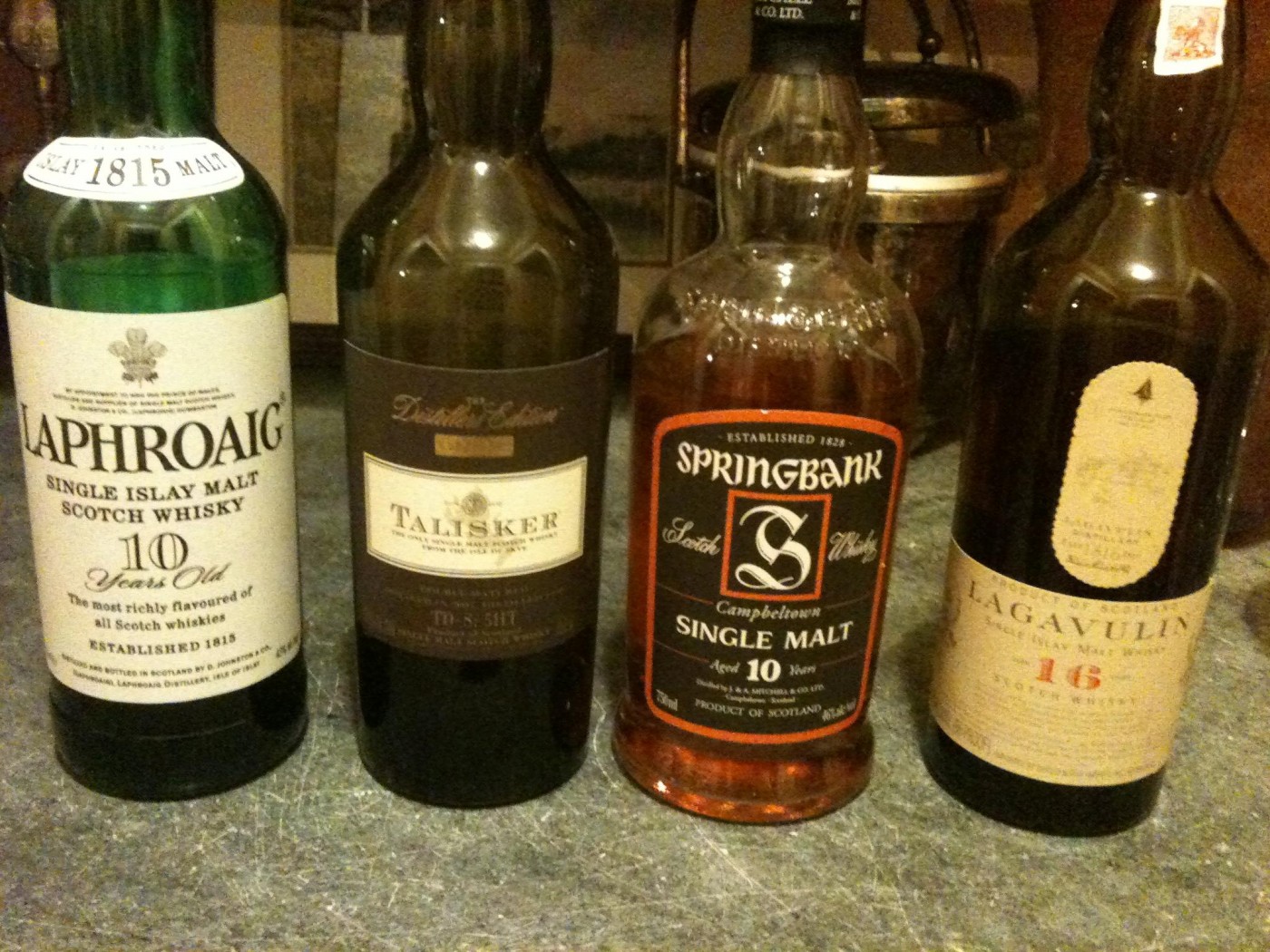 . I was also able to pick up (completely by accident, you understand?) a Caol Ila 12 for £30 due to a happy partner and some supermarket vouchers that needed using up.

about one year ago 10Who liked this?

@RianC Congratulations on the change in job - I hope that all works out well for you. Good to have an excuse to buy something special too

@RianC, Good news and a good bottle pick! Talisker 18, one of the better choices. All the best with your career change. Wishing you success with a pour from my own bottle of Talisker 18.

@Benancio, I know the kind of stuff you pickup and I fully intend to come and see the new additions. It's good to see you posting at Connosr.

@Benancio I miss you. Sorry you and your wife didn't meet Julie before she passed from the physical. That will have to wait for the spirit world, I guess. Let me know what you are liking these days in the tequila/mezcal/sotol/raicilla etc. category. I bought my first, and only, so far, $ 160 bottle of mezcal last year.

Just ordered a Longrow 17 Single Cask 56,4%, for those interested:

@RianC The perfect reason to treat yourself and friends to something special, bravo.
Talisker 18 is a favorite along with the Distillers Edition.

@paddockjudge Anytime you’re in my part of the country you’re welcome in my home. I’d take it as a personal insult if you didn’t stop in and stay with us.
Benancio

@Victor I’m sorry for your loss and we regret that never had the pleasure. You have our deepest sympathy. We all will be together again.

I’ve been on a Blanco kick lately, spring coming and all. I have a good friend that’s into Mezcal, I’ve even tasted a few that taste like Scotch.

@Victor Peggy mentioned that she loves the scarf that Julie got for her.
True friends Benancio.

@Nock, thanks a bunch for the Springbank label history lesson and that great old photo!

I really just knew that I bought my first-ever 10/100 in the tan label in 2011. I can remember it precisely. I didn't realize that it had been kicking around for a while at that point.

You're right. My tan 10/100 and your black & orange standard 10 in the picture are from the same era. Another connecting style cue you didn't mention is the rounded label top, as opposed to today's straight ones.

Who else misses those shiny black ones that came in the middle, around 2014 or so? The ones that said "Springbank" over and over again in black-on-black gloss behind the main lettering. They might not have matched the distillery's rustic aesthetic very well, but they were cool!

@Nock, the most interesting aspect my club's Springbank Spring Break lineup was that two people brought different versions of the standard 10, and they were drastically different. Two totally different whiskies. Both recognizably Springbank (that is, the same generally recognizable style of sharp salty zippy funk), but the quality was totally different. One 10 (which happened to be in the current color-block label) was rather dull, while the other 10 (in the older label) was just leaping out of the glass.

I know, batch variation and all that. But it was still quite surprising.

Beyond that, I can tell you:

*11 Local Barley: Kinda like the 10/100 but with a nutty little something on the tip of your tongue that holds its own charm.

*15: Much less funky than the previous time I tasted it. Both times were from a friend's bottle - I've never really spent time with this one.

*18: Very fine quality, but sorta nondescript. I thought the same when I previously tried it once at a bar. It's very good, but I think I prefer the younger ones, especially for the price.

*14 CS Fino: I've exchanged plenty of comments about this one with @KRB80. For now, I'll just say again that it's very "brown" tasting a way that I found slightly disappointing. But many people loved it. (It's a 1996-2010 single cask, by the way, which is long gone now.)

Many thanks for your kind words and likes, gents!

How was the Talisker @paddockjudge? I think I'll open one when I get my first new pay check so I'll feel like I've really earned it!

A big change, and starting from the bottom (again), but I'll be getting paid to be somewhere I love being and I think there's a lot to be said for that! Cheers

When I moved from my teaching hospital-based Internal Medicine practice to my current home-based Palliative Care practice I took a 30% pay cut, but whenever I had done vacation coverage for the people there prior I always felt like I was being treated like a valued guest. I was very happy to see that as a full time member of the group, everyone is treated that way. I came up with the following statement,

"There are 2 kinds of people who work here: Those who complain about stuff and those who have worked somewhere else."

Being where you want to be, doing what you want to do, and earning enough to get by in the process.... I don't think you can do much better than that professionally.

I wish you much success in your journey. If it were not 837 am, and if I didn't have a whole day of responsibility ahead of me, I would pour something great in your honour. Maybe tonight.

@Nozinan - Thank you - that was heartfelt and touching. Much appreciated

Well I'll have to see how it goes but I am certainly optimistic in a way I've not been for a long time. If life has taught me anything so far it's that finding a way to be happy is what it's all about and this new job ticks many of the right boxes for me!

I'm glad you've found that balance in your life/career also! I shall raise a glass to you as well later, most likely some Arran 10 JMcT Ed. - easily the best Arran I've had so far!

Opened a Beam product and a bag of caramel popcorn. Watch the golf tournament, life is good. 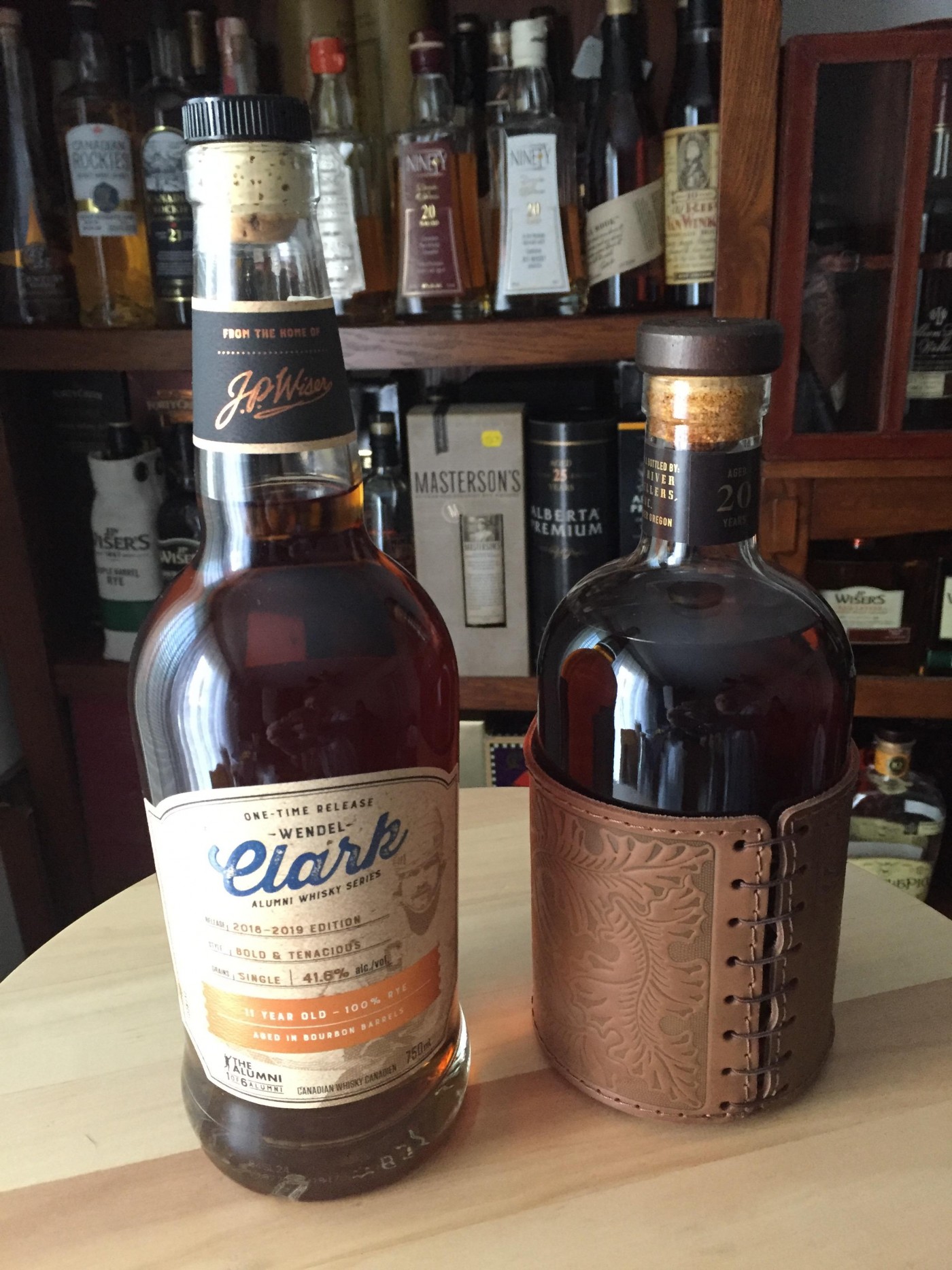 @paddockjudge Hmmm! Where the heck are you getting the Tal 18? And what's the tab? If it's available in Ontario, I might have to have my nephew pick one up. Haven't had that little beauty in a long time.

@BlueNote, I brought mine back from Maryland. I don't recall the exact price. It is currently $161 USD. @Victor harvested one of these for me, thank you my friend!

@paddockjudge Ah, ok, I think I can get it via the in-laws in Oregon for about $160 US. Cheers.

In a short while I'm going to open a Caol Ila 12. It's been a boggy and wet June here and I've spent the last 10 days out in it. I need some peat and the Benromach peat smoke just isn't doing it for me. I loved my last bottle so hoping this one is as good . . .

And except for a couple bar pours of Ledaig 10 OB, this will be my first-ever Ledaig that I get to spend serious time with. Now that I write that, I feel like it's rather a hole in my peaty history.

As a little bonus for my club buddies, I'm bringing some chunks of (Irish) peat for everyone who wants one to take home and burn. When I mentioned it last month, it was a surprise to almost everyone that you could order the stuff online. Best incense ever!