Average score from 4 reviews and 5 ratings 78 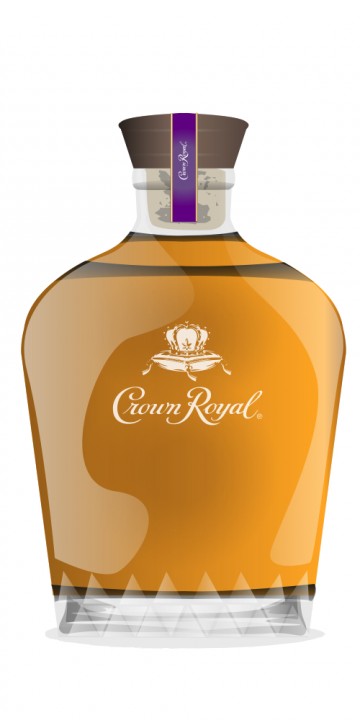 I could be wrong, but I think this is the last of all the Canadian flavoured whiskies that I've tried. I don't know if the sales on this one are as big as they were with their last mass-marketed release (Crown Royal Black), but if they are...they don't deserve to be. Not that I liked Crown Royal Black much. But this one is pretty lame.

Colour is a soft caramel. On the nose, more maple than whisky, but both elements are quiet - light pancake syrup, vanilla and a slight hint of butterscotch ice cream in the background (perhaps the new Ron Burgundy Ben & Jerry's?) Water opens up a few wood spices.

On the palate, very sweet and liqueur-like. Not much whisky here. More light pancake syrup (note I said pancake syrup, NOT maple syrup. There is a difference). A wee bit of spice shows up. Again, more vanilla and butterscotch. Water tames the sweetness, which is certainly welcome!

Wood finally shows up on the finish, with more butterscotch and vanilla. This is a one-note whisky, to say the least. Or is it even whisky? Crown Royal doesn't think so: it is labelled as "Maple Flavoured Whisky Beverage". Yikes. Well, at least that's more honest than the write-up on the website, which writes that it "has a touch of natural maple flavour" and implies that this comes from maple toasted oak. Which may be true, but the ingredient list says differently: "Crown Royal Whisky, Sugar, Colour, Natural and Artificial Flavours." This isn't a whisky, it's a food product! I'm surprised there isn't a nutritional breakdown on the label...I'd love to know how many carbs are in a dram of this! I even tried to make a Manhattan out of it, but it was way too sweet.

So now that I've tasted every flavoured Canadian whisky, are there any winners? Well, a lot of people really like Revel Stoke (not me), but my winner would be Gibson's Finest 100th Grey Cup Limited Edition (maple flavoured). Davin de Kergommeaux agreed with me that it is the only one that still tastes like whisky. I don't know if you'll like it, but try it if you can. The worst? No contest: Black Velvet Toasted Caramel. This has as much in common with whisky as the green vomit coming out of Regan's mouth in The Exorcist. Not that I've tasted that. Just saying.

The book was excellent to read, too. I think that after 20 years in school I've read 2 works of fiction in the 36 years since I left school. I went through The Exorcist in 2 days, it was so absorbing. The other was Interview With The Vampire. They set the Exorcist in Georgetown, in DC, but the actual case was in St. Louis. We'll be in Georgetown in a few hours from now celebrating Dramlette's birthday today.

As for more whisky horrors, I kind of hate to say it, but I have faith that Canada (and the US, too) will come up with more than a few in the future.

If you read one, read The Right Stuff...and check out the excellent film adaptation. Also, I don't mind saying that The Exorcist III is actually pretty good...

Crown royal maple..on the rocks or neat...also in black coffee taste like cream and sugar

Welcome to the site. Glad you liked the Crown Maple I also did a review of this whisky, to me it's like breakfast in a bottle. Thanks for joining. :)

Crown Royal Maple sounded like a match made in heaven till i tried it. On the nose this whisky has strong maple with a slight amount of vanilla, caramel, and some oak. On the palate i was very upset, without water i had maple, maple with a slight hint of the flavors i had on the nose. With water the maple is a much tamer flavor and you get vanilla, oak spice, and caramel. Finish: Maple, some oak spice, and more maple. I enjoyed half of the bottle after that it became to much maple to enjoy and was an issue.