Average score from 3 reviews and 4 ratings 93 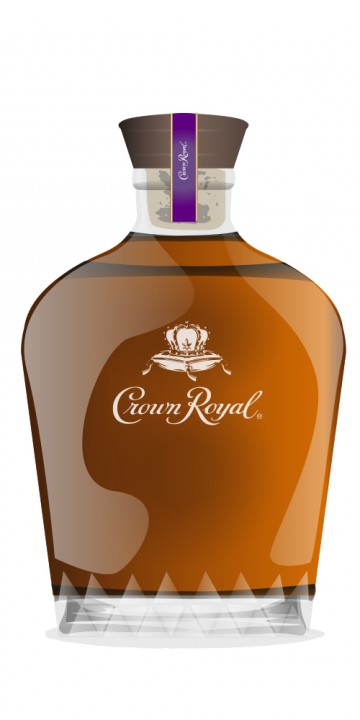 This whisky is blended from over 50 different whiskies, and is then finished in cognac casks from the limousin forest - which is french oak - a style which brings out more spiciness, dried fruit, and tannin than american oak.It is supposed to be out of production soon but is still not difficult at all to find in Canada.

Nose: There's some lovely deep vanilla, and strong cognac notes which become less prominent as it sits. It's light, and rich with a subtle spiciness. There are lots of fruitcake aromas, with prominent currants and raisins. There's a very slight meaty aroma on the nose with a touch of bitterness which detracts from the nose for me. There's a touch of toasted oak in the background, black pepper, and the menthol-like note you get from crushing (fresh) green cardamom seeds. There's also some interesting notes of thyme too. 85%

Taste: This has a beautiful rich and deep vanilla sweetness carrying the whisky through the palate, with a bit of a rum-like kick. It's light, and subtly peppery and spicy. There's some green grape and slight bit of caramel, a good kick of thompson raisins, star anise, brown sugar, and some cloves. There's even a bit of light banana and smokiness. Those raisins do certainly come out, and come through in an older tawny-port style with some caramel and wood. Light, and yet rich, as Crown Royal does so well. 88%

Finish: fruity, with some raisins, cinnamon, cardamom and clove. It's not that big- but it's very pleasant. The mouth dries out quite a bit afterward and some oak emerges - but it dries out too much for my liking. 88%

Intrigue: Elegant, and enjoyable, with some complexity but it doesn't speak as loudly the elements I want to see. I would be very interested to see what this whisky would taste like at 46% or higher proof- it would change it quite a bit, but I think it would be more fascinating with just a bit more concentration of flavour. Of the batches I've had, it's not as good as the cheaper Crown Royal XO (a similar concept) in my opinion. 88%

*I realized I would never have time to upload all my Canadian whisky reviews to connosr properly, so I've been importing the tasting notes in bulk to expand the whisky base on connosr. For more info on the whisky (with simiklar tasting notes), see my post at whiskywon.wordpress.com/2014/04/…

Nose is very grapey similar to the regular CR but with a unique addition of cognac. Struggles to find a true shape but perfect whisky of grace and refinement with little depth.

The nose reflects the French Cognac cask finish with a fruit background of fresh dates. The fruit flows smoothly across the palate and spreads a delicate warmth throughout. On transition to the rocks the taste becomes sharper with Vermont maple bouquet.