Average score from 4 reviews and 4 ratings 88 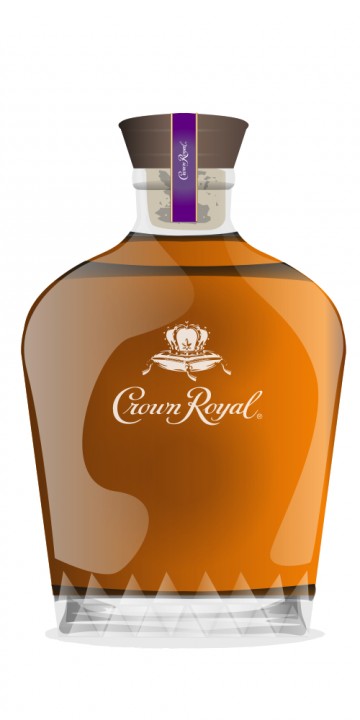 I thank @padddockjudge for the reviewed sample

Nose: high and medium pitches, lots of honey, confectioner's sugar, light used oak, just a hint of spice, and vanilla. This is an excellent and unblemished example in the Canadian style. Water added emphasises a very high-pitched sweetness. Score: 23/25 points

Taste: very good translation of the nose flavours to the palate, with some maple flavour joining the other wood flavours, which are stronger on the palate than in the nose. Light spice from rye grain. There is sufficient density of flavour to compensate for bottling at 40% ABV. This is also nice in the mouth, though I enjoy the dominant used oak flavours more in the nose here than on the palate. Water added bundles the flavours together. Score: 21.5/25

Finish: medium length of finish, going somewhat sour into the death. The finish is not equal to the nose, nor to the palate. Water added rounds and mellows the finish. Score: 20/25

Balance: excellent in the nose, good on the palate, fair on the finish. Score: 21/25

Strength: good to very good strength of flavours throughout the tasting phases. Score: 22/25

Quality: very good flavours throughout, except for too much creeping sourness toward the finish. Score: 21.5/25

As I’ve said before, Canadian whisky isn’t my specialty. There are a few I like, and I thank @paddockjudge for introducing me to the genre and educating me. He also provides me with samples (like this one) so that I don’t have to fill my cabinet with bottles I may not ever want to reach for, but I still get to try a variety of styles.

Today is the first time (to my knowledge) that I have tried a Crown Royal product. This was the second one I tried after reviewing Crown Royal Northern Harvest Rye.

Nose: Immediate fruit blast which fades quickly, rye spice, a baking spice – the smell of Granny Smith apples when my mother cuts them and mixes them with cinnamon and sugar (and a little lemon juice?) and is about to put them into a pie crust. Later light honey or syrup. 21/25 a drop or two of water brings the cinnamon out a little but not much else.

Taste: First sip is mild, fruity, sweet. A touch of spice that grows with subsequent sips. Pleasant but unremarkable 20/ 25
Water makes it a touch sweeter.

Finish is sweet with a citrus aftertaste but short. On exhaling sometimes I get a bourbon note. 20/25

Total Score with or without water: 82

PS: mixing this with Crown Royal Northern Harvest Rye in equal proportions creates something better than the NHR and more complex than the Monarch. I am not sure I would repeat it.

Nice review. Your candor makes this an interesting read. That bourbon you detected is, well, bourbon, but it can't be called bourbon (Crown Royal Hand Select Barrel is a component of Monarch. Made from a 'bourbon' mash, Coffey still distilled and aged in new oak) because the country of origin is Canada.

Rye is to Canadian whisky as peat is to Scotch whisky; polarizing. ...'nuff said, I don't want to provoke a left coast diatribe.

It never ceases to impress me how much you know about the components of Canadian whisky. Thank you for illuminating.

The score reflects my enjoyment of this. I don't doubt there are elements that my palate simply can't appreciate. Unlike the Northern Harvest Rye, there is nothing in this that I dislike, I just find it underpowered.

There are "supertasters" and there are mediocre tasters. I need big bold flavours most of the time.

Crown Royal Monarch is a bottling celebrating the 75th Anniversary of the expression. 75 years ago (sorry, 76 years ago since this came out last year), Sam Bronfman created this blended Canadian whisky to celebrate the state visit to Canada of King George VI and Queen Elizabeth in 1939. Apparently this expression features more rye, distilled in Crown Royal's ancient Coffey still - which the original Crown Royal of 1939 likely ran off from. This bottle comes from Batch No. 8.

The colour is a deep brownish gold. On the nose you have the typical signature Crown Royal style - dates, bananas, vanilla and oak. But there is more of a minty rye presence. Ginger. Papaya. Lilacs. Allspice. Lumber. More rye spices emerge with water. Very complex, enjoyable and inviting.

On the palate we get more spices (cloves, cinnamon) as well as grapefruit pith, woody oak, toffee and some vanilla (though less than you might expect). Silky mouthfeel. Herbaceous. Water accentuates the caramel and gives more of a caraway rye kick. Quite delicious, actually - and rather addictive.

The finish is mouth-drying with sawdust, more cloves and rum-raisin - long and always developing with more rich, savoury herbs and spices. This is excellent Canadian whisky - Crown Royal turned up to 11. David de Kergommeaux, the worldwide authority on Canadian whisky, rated this a 96. I wouldn't go quite that high, but I'm going very close. I was going to say that I wish I had bought more bottles when I had the chance, but I just checked inventory and there are many bottles still available in Ontario, and at $CDN60 this is good value for quality. I won't feel bad if I drink more of this than I really should. And next up - our last review - will be a Canadian whisky you cannot get in Canada.

@talexander, Very nice review. I've seen this bottle and several other Crown Royal expressions out now. I don't know crown royal that well and need to explore some of these higher quality whiskeys they are putting out.

I most recently came across a bottle of Crown Royal Hand Selected Barrel. I'm not sure if this is a single barrel or not, the bottle did have a barrel number on it. At 51.5% ABV and the mash bill is reported to be 64% corn, 31.5% rye, and 4.5% malted barley, sounds great, I like the high rye. I was given a tiny sample in a tiny plastic cup, I thought it was very good. I'd have to buy a bottle and sit down with to really tell for sure. Have you hand the Hand Select Barrel?

There are some very old whiskies in this blend, however, none quite as old as Napoleon. The star of the show is the rye. It amazes me that a panel of so-called experts picked the maple 'cured' Collingwood 21 YO Rye over this blended masterpiece...stunning, and so is this CR Monarch.

Crown Royal started out of a blend created in 1939 for the visit of King George VI and Queen Elizabeth. We are now 75 years from that point, and this limited bottling was produced to commemorate the 75th anniversary. It comes complete with a batch and bottling number certificate (I have batch 0060, bottle U84X8).

It's very nicely presented, other than the fact that the bottle looks a lot like the standard Crown Royal with a fancy cap. It does diminish from the overall presentation when the bottle seems to be the least interesting part of the lot. It's priced around 75$, and is around there in both Canada and the US - fitting for the 75th anniversary.

Nose: Rich and complex, as one can often expect from special Crown Royal releases. Dark caramel, light orange, pineapple, plum jam, dried apricot, light cola and root beer notes, and a light, creamy elegance which smells as if its contributed through corn. There's also some fresh orange - and a bit of dusty rye does indeed come out. Vanilla starts to emerge with time. along with some oak and hints of oaky earthiness. A fair bit is going on, but, frankly, the cola and root beer notes seem to detract a bit from it all for me - they just seem a bit "cheaper" than the rest of the nose. 88%

Taste: Very thick, and showing some decent caramel and oak. It's quite full and creamy in feel, with some interesting rye - both the candied rye notes of straight ryes and the grassy and sharp rye notes too. At times there is a touch of bitterness, as if some slightly over-oaked whisky has been blended in this - and sometimes this drifts a little into the finish. It's very rich, and I quite enjoy the flavour integration in this - but sometimes I think it is a bit underpowered - I think you could still get much of the same elegance and creaminess with a bit more ABV. There's a bit of spice that drifts in towards the finish - some clove, and a bit of nutmeg. It's well balanced, and it goes down quite easily. 88%

Finish: The development from the taste continues, and the feel is fantastic - creamy indeed. Light oak, caramel, orange, corn, grapefruit peel, and some cinnamon and clove are all present. It has a bit of a zesty feel to it after time, and slowly seems to "cleanse" your mouth leaving it to feel quite fresh. The quality is very nice of this, but it is too short, despite the nice corn that lingers for some time. 87%

Intrigue: This whisky has some incredible elements to it, but a few things that detract, unfortunately - strands of oaky bitterness on the palate and some detracting elements on the nose. But, beyond that, it is very nice and the rest of this bottle will definitely be enjoyed. It's extremely drinkable and one of those whiskies that begs for another pour again and again... 90%