Average score from 5 reviews and 13 ratings 86 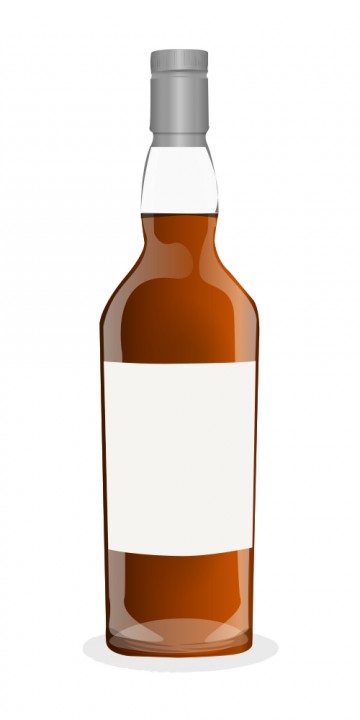 Dailuaine distillery was established in 1852 and by the end of the 19th century had become one of the largest distilleries in the Highlands. In 1889 it was the very first distillery to be fitted with a pagoda type rook designed by Charles Doig. In 1891, Dailuaine became a part of the Dailuaine-Glenlivet Distillery Ltd that merged with the Talisker Distillery Ltd to form a new company, Dailuaine-Talisker Distilleries Co Ltd, in 1898. A fire in 1917 destroyed part of the distillery, including the historical pagoda roof; Dailuaine was forced to close but reopened again in 1920. In 1987, Dailuaine was acquired by United Distillers, today’s Diageo. The 16-year old ‘Flora & Fauna’ bottling was first released in 1991 and remains the only semi-official bottling regularly available.

The nose is rich and lush. Distinct sherry flavours come first, followed by notes of prunes, figs and oranges. Later on, notes of leather and espresso come to the fore, together with a whiff of smoke.

The palate is medium-bodied, nutty and a bit spicy. The prunes are back, now accompanied by flavours of apricots and nuts. Leather then makes another appearance, together with balsamic vinegar and a touch of smoke.

The finish is of medium length, spicy and lightly smoky.

I was not surprised to read that this bottling has been around for 25 years: it is a solid malt with a distinct flavour profile and a good balance. I can picture myself sipping this both on the porch on a warm summer evening or in front of a chimney fire in midwinter. Also, I have had a few Dailuaine independent bottlings that were rather intriguing – clearly, this distillery deserves more attention than what it has been getting.

Pronounced Dale-you-an this distillery was founded in1852 and is Gaelic for “Green Valley”. The bulk of the single malt produced is used in Johnnie Walker blends and other than this 16 yr old official bottling there are only a handful of indie bottlings.

The colour is bronze.

The finish is medium long with candied fruits and slightly drying.

This is a really nice Whisky and I am now wishing they released more expressions. If you find a bottle I would recommend trying it.

Dailuaine 16 year old Flora and Fauna was also part of our Speyside blind tasting. Maybe we should've started the tasting with this one because Dailuaine 16 yrs turned out to be probably the most delicate whisky I've ever tasted.

Very difficult to follow, yet smooth and nice. Full of cherry and floral summer feel. That's why Flora and Fauna is surely "The Cherry Orchard", a drama movie by Mihalis Kakogiannis (based on the famous play by Chekhov).

Nose: Nice cherry punch. Full of summer with floral and ginger notes. The feel of alcohol is there but everything is very delicate. Gets way too soft when water added.

Taste: Good but very difficult. There's some sherry, fruits and barley? It's definitely sweet, that's for sure.

Finish: Dry, delicate and yet again...delicate. Sherry, oak and raisins.

Balance: Lacks character way too much for my taste. Is very soft in every way, which makes it easy to drink but at the same time it's very difficult when it comes to taste. Still, I scored it pretty well, go figure...

Here's the result of our blind tasting. The winner and second place shared the same overall score but Parliament won in decimals.

Dailuaine is a distillery I've tended to pair with Mortlach in being obscure but underrated. Very little in the way of single malt releases - it seems to be either this 16YO or expensive indie bottles.

The nose is quite a sharp note of red berries, paired with quite a distinct smokiness. And this is from Speyside. It becomes sweeter and mellower with time as it opens up and a toffee note appears. A bit of orange marmalade later on. It's powerful - not Islay deep-south powerful but it certainly bucks the Speyside trend.

Palate - Smokiness along with fruit flavoured hard-boiled sweets. It's not what I would call peaty - much more barbecued smoke. But it's competing with an intense flavour of toffee and red berries. In fact the palate is more or less identical to the nose.

And again on the finish we get drifting smoke coupled with a fruity toffee-caramel edge that clings and dries.

This is a delicious atypical Speyside malt that the world should know more about. Not the cheapest (£45) and some might say that it doesn't really know what it wants to be, (the Bowmore of Speyside perhaps?). But I'd definitely recommend it for something a little bit different.

Dailuaine is a Speyside distillery, and a large one at that. The first distillery to ever bear the now ubiquitous pagoda roof, it is capable of pumping out over three million litres yearly, but only a scant amount ever gets sold as single malt, and much of that is bottled independently. The sherry-matured 16 year-old ‘Flora & Fauna’ expression was in fact the only official bottling of Dailuaine for many years, though more recently a few others have surfaced. Nonetheless, you may well have tasted your fair share of Dailuaine over a bottle of Johnnie Walker or Compass Box’s The Spice Tree.

The nose is lovely and rich. It tells stories of cherry licorice, oranges, salt, plums, cinnamon-dusted raisins, and ginger. With time, black tea surfaces along with a hint of smoke.

The palate begins sweetly but becomes drying as a touch of salt begins to mount. The finish is vegetal, recalling orange pekoe and ginger. A light touch of smoke lingers on.

The sherry influence is not subtle, but the spirit nevertheless manages to assert itself nicely. It all makes for a beautifully ‘moreish’ dram, and something of a charmer by the fireside.

Another nice review @dbk! As an aside, in my continuing pursuit of proper pronunciation of distillery names, is it pronounced as 'Doll-wayne'? Thank you to anyone who is able to indulge my curiousity. 'Bun-a-haven' is still one of my favourites in this regard, assuming that this is correct!! :)

I think "dale-you-in" might be a closer pronunciation of the distillery's name, @Pudge72. And it's a real treat. I'd sure like to get my mitts on the newest release (a Master of Malt exclusive, unfortunately for those of us in Canada): masterofmalt.com/whiskies/…