I've been chewing on this topic for years wanting to post it, yet unsure it would be well received. Well, since the "Songs that mention whisky" discussion has garnered interest, (thanks @Nelom) this is a natural fit.

Do you pause the film?...rewind?...get a good look at the bottles on the shelf or try to nail a close up of the label on the bottle? Does the style of whisky influence your opinion of the character(s)?

Whisky Galore 2017, not the 1949 flick. An entertaining tale of a whisky drought induced by WWII with a happy ending (not that kind).

Johnny Walker (given the situation...double black?)

To answer your questions, I do always try to see what whisky they're drinking, and will indeed rewind if it comes to that.

Now as for my movie contribution, I'm picking the excellent thriller 10 Cloverfield Lane. This was one occasion where I did have to rewind it to check, as the bottle shows up in a blink-and-you'll-miss-it moment in one of the opening scenes. This one is interesting in that they've created a fictional whisky called Glenvagulin. I couldn't find a clip, but here's a freeze frame:

Dawn of the Planet of the Apes

"Bad Santa" is basically a 90-minute ad for (or maybe against) Old Grand-Dad.

@Nelom in that vein, not quite film, but if you include TV, one of my favourite older whiskies is Glen McKenna 30 YO 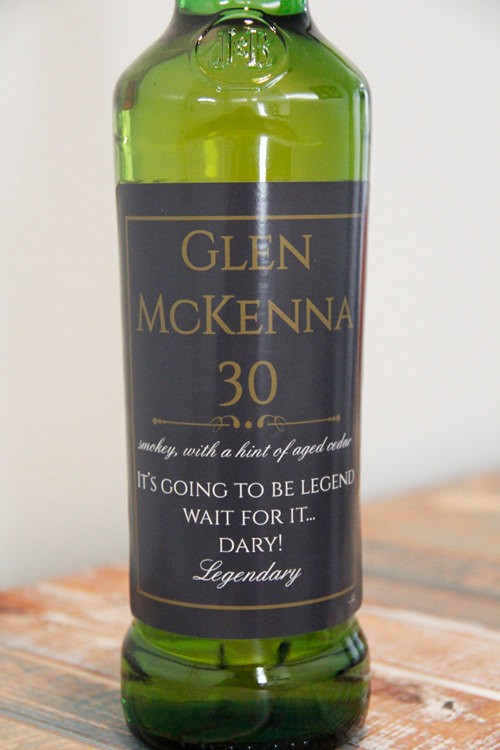 I've been watching The Classic Movie channel recently and lots of those Alfredo Hitchcock films seem to have scenes where multiple bottles of spirits are visible, "The Birds" in particular. I can not recall the movie with Spencer Tracys and Catherine Hepburn in black and white with clear views of scotch bottles of White Horse(1950). Finally, "Giant" where a very drunk James Dean trashes a full shelves of assorted spirits.

In the Spy Who Came in from the Cold, Richard Burton stops off to buy a half bottle of whisky before going to visit Claire Bloom.

In the Brit tv series Spooks, (MI5 in the US) Harry knocks off a bad guy with a poisoned bottle of 18 year old Macallan. He first apologises that it is only 18 years old. The bad guy, resigned to his fate, asks Harry how long it will take, "not long" says Harry and the bad guy duly drinks from his fancy cut glass tumbler. Harry shortly after picks up the bottle and leaves. Great series if you can find it.

@BlueNote That's classic! I recall an old Peter O'Toole interview, where he mention a pact between Burton, O'Toole, and a third act were to be buried wearing "Red". I wonder if it a tribute to Johnnie Walker Scotch?

@BlueNote my wife and I loved Spooks - I remember that episode too.

There was a lot of whisky consumed by Herriot and the Farnons in All Creatures Great and Small. Probably just good old school blend, but always poured from a nice crystal decanter into nice cut glass tumblers. I read somewhere that they were asked to reduce the amount of drinking on screen as it was not a good example to the kiddies.

@jeanluc 1963 Macallan I remember that scene because he wasted it...

Bill Murray doing the Suntory thing in Lost in Translation.

Not a whisky subject but, ironic: "Josha Then And Now", James Woods breaks into "friends" wine cellar, after "friend", hit on Wood's wife. Woods removes labels from his wine collect. The "friend" in dispair states, "insurance won't cover lose because nothing was stolen". Woods' replies "a man with your developed palate just needs to open up a bottle and match the label to the bottle".

@BlueNote - I just had to add a link to this. So funny

Bladerunner (the same JW Black appears in the 2049 version and replica bottles were on sale a while back.)

@paddockjudge Every time I see Gregor Fisher, I always think of Rab C Nesbitt. Good upload! I need to see this film.

@RianC I just started my Saturday morning by watching that twice. The Japanese director is priceless. Love it. Many thanks.

@BlueNote - Haven't seen that film in ages but am going to watch it again after that clip. Murray's eyes do it for me. That man is an awesome talent.

In season 2 of True Detective - which represented the biggest season to season dropoff in the history of television - JW Blue was ubiquitous. JW must have paid a pretty penny because the Vince Vaughn character had it in hand at every conceivable moment. 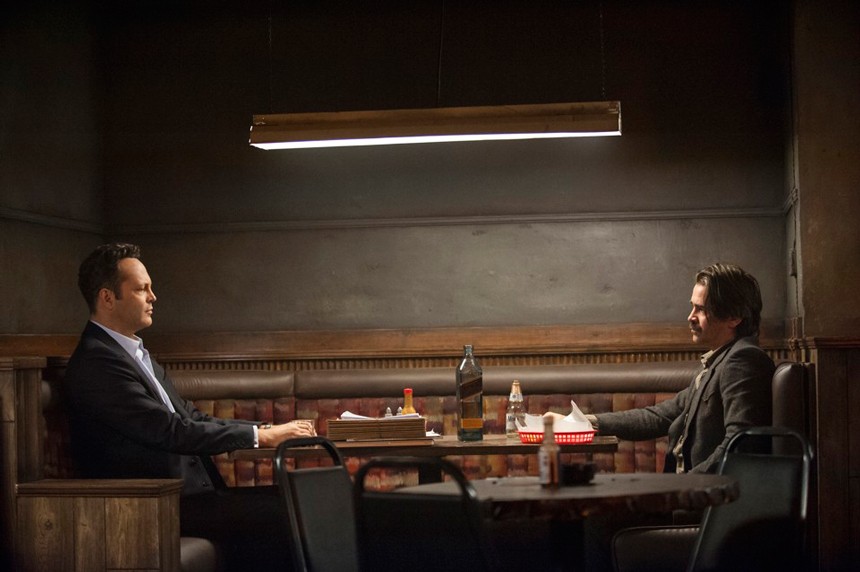 @nooch - I seem to remember Matthew McConaughey's character in the first series being big on the Wild Turkey too!

Again, not quite a film but surprised no-one's mentioned Boardwalk Empire. A great show and one that made me a) want to have lived back in that time and b) drink whiskey

The Macallan. Or so I've been informed. youtube.com/watch/…

Not movies but a couple of Netflix/Amazon series. Newsroom has a scene with newsbexecutive with a bottle of Oban 14yo. Excellent U.S. series IMHO. Sneaky Pete with couple appearances of Pappy Van Winkle 20yo.

True detective season 1 had a lot of Jameson in it as well as Wild Turkey.

Keanu Reeves in Constantine has a bottle of Ardbeg 10 on the table in his apartment.

@Wierdo - Ah now Jameson - has to be the Wire. Some episodes were like an hour long advert

Since some other people referenced TV series in their posts, I decided to do the same.

I would like to reference the thread that @Wierdo started about whisky in media. I didn't get into whisky until I saw Foyle's War (setting England, early years of WWII). Yes, I became a 'victim' of product placement. In the first episode of the first season/series, Detective Chief Superintendent Christopher Foyle's son comes back home and tells his father he had left Oxford after receiving his orders to join the RAF. In another scene, soon to follow, Foyle walks into the living room where his son is sitting and offers him a glass of Glenlivet. He reminded his son that this was his last bottle of Glenlivet, and although was still available in the shops it would a lot more expensive.

Well, after I saw that episode, the name Glenlivet just stuck in my head. A few days later I was shopping at Carrefour (in Beijing) not too far from where I was living at the time, and I thought I would go check out the wine and whisky selection. To my surprise there was a bottle of 12yo Glenlivet, and I thought I would grab a bottle. I know some people poopoo the 12yo Glenlivet, but hey, we all have to start some where. I actually enjoy(ed) it, and I still keep a bottle around. Anyway, many of you know I have an 'addiction' to the 16yo Nadurra, so I just imagine that Foyle offered his son something like the 16yo Nadurra more than the 12yo. HA!