Average score from 2 reviews and 10 ratings 94 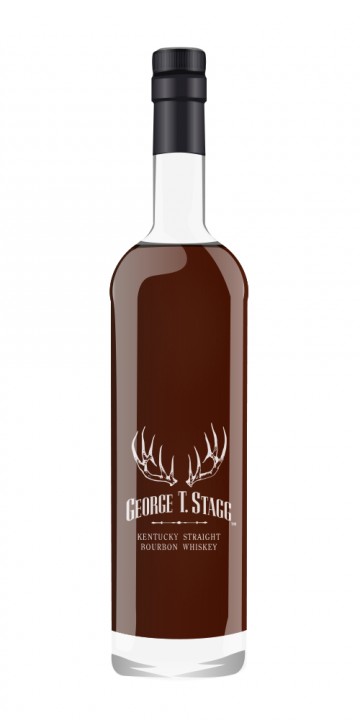 There are few sights in this world that can have a whisky drinkers' heart racing than 71.4% ABV scrawled across a bottle of bourbon. I mean who in their right mind would let mere mortals drink this?

The geniuses at Buffalo Trace, who else?

Get past the heady alcohol fumes and you will find a treasure trove of dynamite aromas in this bourbon; like sitting down for breakfast at the local tanner's, some where in the Wild West. All around you are piles of wood and leather products. His wife graciously serves you a cup of steaming mochaccino and ladles a healthy dollop of dark caramel into the giant steel cup. She then proceeds to add cloves, cinnamon and black pepper corns to spice things up a bit. And last, but not the least, gives you a thick piece of burnt toast spread with a chunky coat of orange marmalade to complete your meal. Gorgeous!

Have it unadulterated and you are thrown head-first into a hot chocolate fudge cake covered in wild gooseberries, treacle, cinnamon, black peppercorns, cloves and burnt sugar on top. Possibly one of the most delicious palates that exist.

The finish stays with you, I suspect, until you retire and start collecting pension. Chocolate brownies covered in nuts and massive spices round off this awe inspiring Wild West experience.

Why are you still reading this? Go get one now!

It is a nice poetic review, which would seem rather accurate to me, though I often use some different descriptors. You taste chocolate here more than I do, and I really don't know the flavour of gooseberry. I like the "tanner's" as a locale, and love the turn of phrase: "The finish stays with you, I suspect, until you retire and start collecting pension." I would have liked to have written that sentence myself. All in all, I consider it a very nice review, Tabarak!

Thanks for the info @Victor

Please note that this review is for the 2009 bottling, not the 2008 as listed

Nose: Well where do I start? The first thing to note is that the nose is nowhere near as strong as one would expect from a 70.7 ABV powerhouse bourbon. In fact I'd even go as far as to say that it's quite restrained, more so than many far lighter bourbons. That's not to say it isn't staggeringly dense with intricate flavour, far from it. Indeed I get the distinct impression I'm being cunningly lured in for the kill. Pineapple is the first to break the silence, before we're serenaded by polished saddle-leather and tobacco. Further fruit notes of lemon and granny smith apples tantalise us deeper into the glass, allowing us to indulge in heaps of brown sugar and warm custard. One feels as though we're not yet at the bottom of it, there's certainly another gear or two to shift through. Indeed as we continue exploring, new flavour dimensions are constantly revealed. Sweet mint, basil and eucalyptus offer a fascinating coalition of flavours, supported by curious notes of broccoli stem and ready salted potato crisps. As we go in for one last tour, wood polish, pinecone and rubber reward us for our perseverance. I feel as if I could go on exploring all night, however I'm equally aware there's a whole bottle's worth of future nosings to get through, so let's settle for what we've got so far. 2.0

Taste: It's like pulling a thick warm duvet over your tongue, with voluptuous nougat and cotton candy wrapping around the palate. Incredibly for a liquid so thick and dense it isn't at all syrupy or sickly, and once again feels like it's operating well within its own power, like the softly purring engine of a luxury performance car, calmly cruising through the neighbourhood. After dinner mint chocolates, vanilla sponge cake and thick custard caress the palate further, as we succumb fully to the poise and grace of this indomitable bourbon. 2.5

Finish: At first it's a dense liquorice black hole, sucking all matter into its luxurious abyss, before exploding back out with apple, aniseed and pomegranate. Chewing tobacco slowly starts to swoon onto the palate, accompanied by wood and plant stem, and an eccentric combination of radish, pencil lead and pear form bright constellations alongside a soft supernova of hollow spice. Quite a pleasurably belittling experience. 2.5

Balance: It's truly astounding how composed this whiskey is at such a hight alcohol content. So much so that I'd even say the nose is slightly too restrained, however perhaps I'm being overly critical. The flavours are all there, in fact more than one could ever begin to fathom in one sitting alone. As I said one could spend a few hours on the nose alone, however as rewarding as that journey is, it could be argued that it's a longer one than it needs to be. Once however we arrive at the palate and the finish, this whiskey really is operating on another level to anything else. Majestic is a word that is often over-used, however here it couldn't be more appropriate. It may be the image of a Stagg on the bottle label, however I'd say this bourbon is more of a basking male lion, awesome in it's calm beauty and power. 2.5

Hi @AboutChoice, I would certainly echo @dbk and @lefrog and implore you to treat yourself to this whiskey. Finer consumable substances are few and far between. And yes I can confirm that the tasting was done without water. I would say that although many would be tempted upon reading the 70.7% ABV on the label, you'd be surprised how gentle it is on the palate.

Hi @dbk, many thanks and I'm glad you agree with the notes! I know you know your bourbons, so it's a no small accolade to say the George T Stagg is your favourite. It certainly more than lives up to its hype, and although people might shy away from the price-tage, I'd actually say it's extremely good value considering its quality.

All true comments about the Stagg. This is at this juncture the Ne Plus Ultra of rye mashbill bourbons. Outrageously delicious and complex with no alcohol turn off despite the ABV. I am sorry though, that you got a bottle a little light on the alcohol: mine is 71.5% ABV!