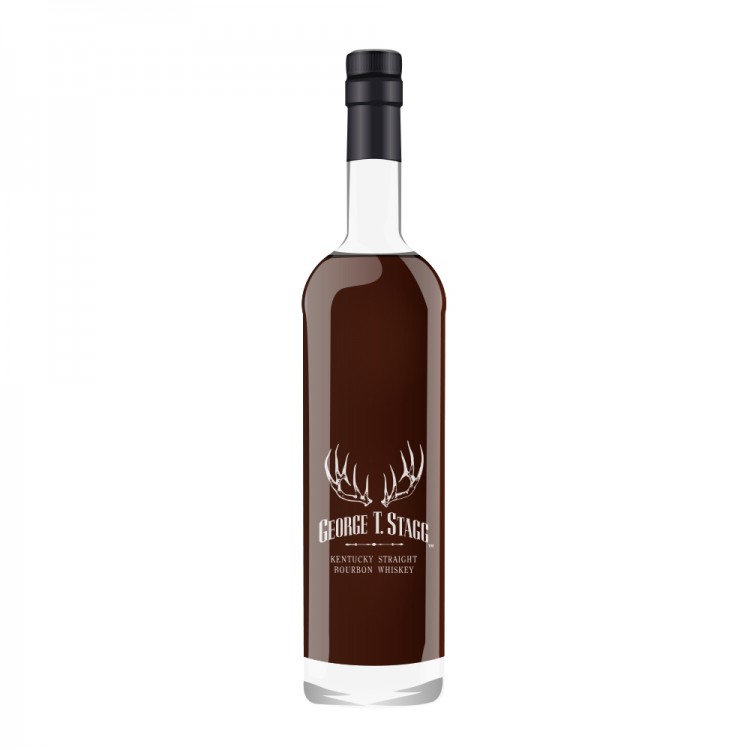 George T. Stagg is almost the only whisk(e)y in the world which can raise eyebrows having its alcohol by volume reduced below 70% ABV. That is because the 2010, 2011, and 2012 releases were all released at above 71% ABV. Even for a Big Flavours Guy like me, 64.1% ABV is certainly an adequately powered beverage, though, truth be told, I consider 68% to be the optimum bottom level ABV for my tastes

The reviewed bottle has been open for 9 days

Nose: strong sweet maple is the predominant smell, with floral scents of carnations, roses, and even gardenias. Fine high-pitched spice from rye grain includes cinnamon/cassia and nutmeg. A hint of that 70-something % corn content is perceptible beyond the wood and the rye. Confectioner's sugar. Beautiful nose. Water accentuates the floral elements and merges the flavours

Taste: rich translation of flavours from the nose with the addition of black licorice...and sassafras/root beer. Very rich, lush. Wonderful, except that this wood then starts to bitter, which detracts from an otherwise excellent batch of George T Stagg. Water accentuates the wood bass notes, which in this case means adding bitterness

Finish: intense, flavourful finish, long, but settles in on unacceptable bitter oak, as did the 2013 release of the Stagg Jr Whiskey. Bourbon is never supposed to leave a bitter taste in your mouth. This one does

This is still a damned good bourbon, but a bottling of George T Stagg Bourbon should be, and usually is, better than this

END_OF_DOCUMENT_TOKEN_TO_BE_REPLACED 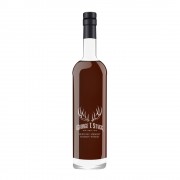 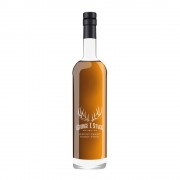 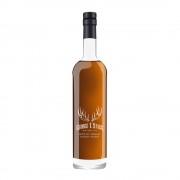 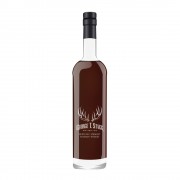 END_OF_DOCUMENT_TOKEN_TO_BE_REPLACED

@Victor - Thanks for a fine and honest review. Still a "some day" whiskey for me, but your reviews always help me taste things in my mind. Sounds like I'd prefer to taste another year, however.

One small correction: the official age of the youngest whiskey in the 2013 release of George T Stagg is 15 years, 11 months.

@WhiskyBee, if your local odds are bad for getting Stagg or certain other allocated whiskeys, your best shot is probably finding and buying some scarce and in demand other bottles and then making trades to get some of the ones you haven't been able to get.

@Victor - Hadn't considered that. Thanks for the advice.

@WhiskyBee, ya gotta work it. The precious goods are very maldistributed. Helping one another get something we each want is the basis of trade. You have some hot bottles available to you that you already know about, like those Willetts at Binny's. Willett Family Estate Private Barrel bourbons and ryes are scarce and desirable. Decent barter goods. Really any whisky that you know is scarce and in demand, whether or not it is something you want to drink yourself.

Open 20 months this 2013 George T Stagg has really come into its own. Right now I score this same bottle 24-24-23-23 = 94 points. The wood is still strongly tannic, but the whiskey has relaxed a lot and harmonises much better. If you have the opportunity to acquire some 2013 George T. Stagg, I would suggest you buy it, but be prepared to give it a lot of air.

I finally found a bottle in the wild. Saw a Stagg on the shelf behind the register and did a double take. I asked the clerk how much they were asking for it...he scanned it in and the register displayed $489.99. Ouch. I left empty handed, although I did think about it for a minute.

These ridiculous 'status symbol and collector's' prices make people hate whiskeys which they would like if they cost an amount they could afford. Below $ 125 per bottle any Sazerac Company/Buffalo Trace Distillery Antique Collection whiskey is a wonderful acquisition and an excellent purchase. It is a shame that it is so damned hard now to pick up a bottle of it at all, much less at a decent price of $ 100 or less.

@Victor, yeah, even though I've been trying (unsuccessfully) for several years now, I couldn't justify spending more than about $200 for a bottle. I might be willing to go as high as $250, although I think that's a bit too much. But with plenty of people willing to spend $400 or even $500 I likely won't be able to get my hands on one for quite a while. Perhaps I would have better luck trading for a sample.

@broadwayblue, if you see a bottle of 2010 release George T. Stagg, up your price to $ 300 for a bottle. I wouldn't back off one point from the 98 points at which I reviewed that one.

Otherwise, let me know when you are in my neighborhood, and you can taste a bunch of BTAC with me.