Average score from 1 reviews and 1 ratings 84 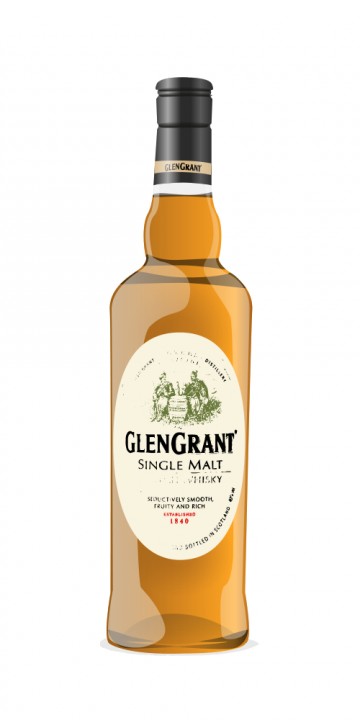 This older bottling of the Glen Grant 10 Year Old, in a small rectangular bottle, was released in the 80s of last century (that has a weird ring to it, no?) for the Italian market, where this brand remains immensely popular. It is bottled at a slightly higher alcohol percentage.

This nose has the traditional hallmarks (green apples and juicy pears), but also a slight old bottle effect. As if it has been poured from a can. But it is not disturbing in the least. Au contraire. More grains than the more recent bottling. Iced tea.

The attack is light, malty (beer) and sweet. Yellow apples, iced tea again and a big bowl of breakfast cereals. Starts mild on the spices, but those grow midpalate. Woodsmoke offers a little depth.

The finish is medium long and spicy with a drying death.

Obviously I have no idea what this tasted like when it was released, but the difference with the current bottlings is significant. So what have we learned today? Get a bottle of Glen Grant 10 Year Old for 25 EUR and put it in the cupboard for 30 years. Do it now!