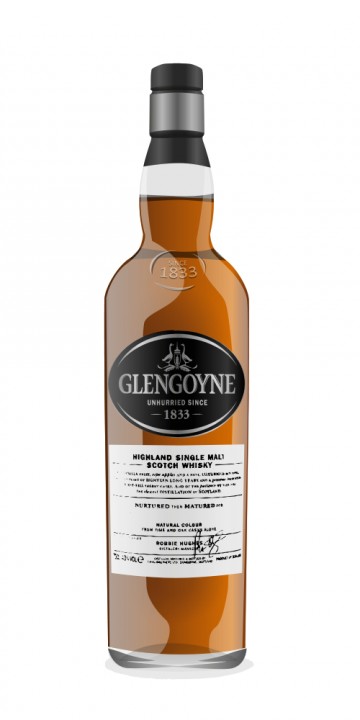 Everyone loves a story. Though in today's day and age of whisky there seem to be plenty abound disguising cheap marketing ploys and PR stunts. All in the hope of catching the consumers' eye.

But every now and then comes along a tale that makes you nod your head with a wry smile. Reminding you, yet again, of the romance that was once part of this noble art.

For a century and a half Glengoyne would allow three large drams a day for all workers on duty. The brewer would choose a new cask every week from which to draw the drams.

Workers would gather in the staff canteen at 9am, noon and at 3pm to collect their three fingers worth of cask strength spirit - the three fingers normally belonging to the chubbiest man.

Since not everyone had the capacity to withstand three extremely large drams of cask strength whisky by mid-day the weak among the lot would dispose off their share in a large copper bashed teapot. It was from here that the more seasoned of workers would be able to enjoy a little extra at the end of the day.

And, thus, was born the story of the Teapot Dram and the inspiration behind this expression. Never has a story of corporate alcoholism sounded so endearing.

Matured exclusively in 5 Oloroso Sherry Butts (each aged for around 12 years) and a Hogshead (aged for around 8 years) this very dark and intense whisky is served up at a cool 59.4%.

Nose: Malt. Intense dark fruits. Rum topf. Clove. Cinnamon. Oaky chocolate. Fudge brownies. Dark brown sugar. Black raisins. As one would expect from exclusive Oloroso influence. I like it because it manages to walk the fine line between sherry bomb and WTF.

This is a nice dram. Not as good as the Batch 2 if I remember correctly. Not sure why. But I love the inspiration behind it and for that I will give it an extra point.