Average score from 1 reviews and 1 ratings 71 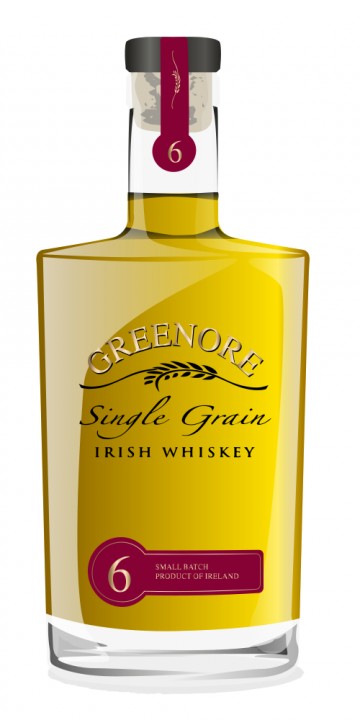 Greenore has quite a reputation nowadays. Aside from their 'classics' (the 8 Year Old and 15 Year Old - the last one having won several awards already), they recently launched the 18 Year Old in this range of single grains. I was even able to add one of the 300 bottles of the 19 Year Old Single Cask, bottled at cask strength, and only available in the airport of Dublin to my collection, making it complete.

The least known is probably this Greenore 6 Year Old, bottled for the Scandinavian market, more specifically Sweden. It's the youngest Greenore around. Since it's was just St Patrick's Day, I felt it was appropriate to give it a go, head-to-head with the 8 Year Old, albeit the first batch from 2002.

I have very sweet notes on the nose: vanilla and maize, but also something slightly acid, like a fresh slice of lime.

On the palate, it's somewhat oily, but with a very light body. Oh, oh... there it is already: bubblegum! Almost chemical. What a pity! Mildly spiced and bourbony.

The finish is dry and short, but has something metalic that I cannot quite pinpoint.

This young whiskey is light and appetising and much sweeter than the older cousins in the rage, but has a slightly chemical side that is rather unappealing.

Actually, until recently neither did I. It was thanks to a community member of Connosr, @Skepparkrantz from Sweden, that I found out about this one. And then I got lucky as two good friends visited Cooley and brought two bottled with them.

When you say, 'bourbony' without rye and without wheat, all you are really saying is that you taste oak, because corn is just invisible around every other flavour: rye, wheat, and most definitely including new oak.