Average score from 1 reviews and 2 ratings 80 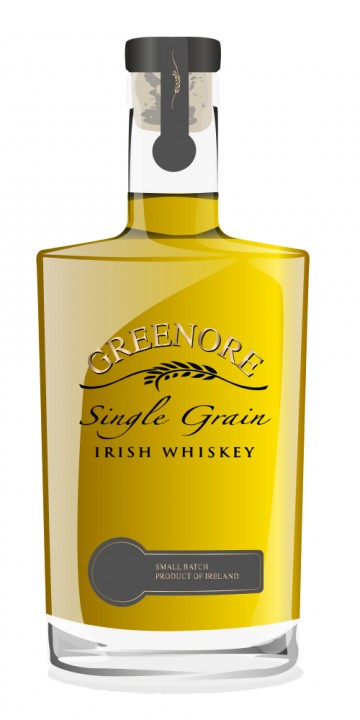 Vanilla is master of my nose's universe, but lime and corn join in quickly. It's much less sweet than it's younger cousin for the Swedish market, but luckily shows none of the chemical notes I found in that one. I do get some green banana peel, which I didn't remember. And some coconut too.

On the palate, this one is round, sweet, a touch spicy, pretty mouthcoating, but still lacking body. On the other hand, one does not really expect a lot of body on Irish whiskey, right? Typically Greenore, this one: grain cookies, vanilla custard, citrus and cinnamon.

The finish is short and dry, but not unpleasantly so.

It doesn't differ much from the newest batches (except for the banana mayby). It wouldn't be fair to the new batches to say that this one is better. But I guess it's an honor for Greenore to be able to say that the new batches are still as good as the original. This is quite bourbony again, but that's no big surprise as the whiskey is matured on first fill bourbon casks. This is Bourbon Light...

The packaging has come on a long way!