Average score from 2 reviews and 4 ratings 86 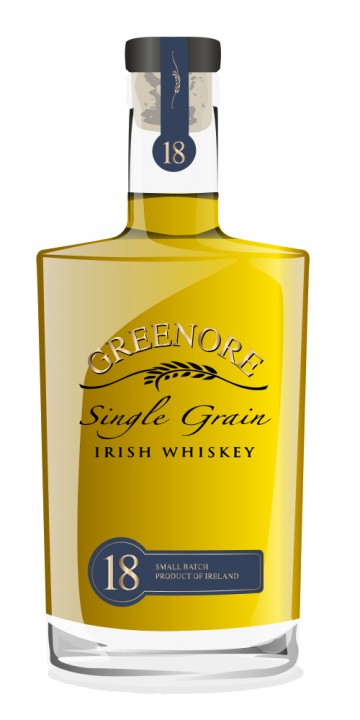 Nose: Vanilla whipped cream, with banana bits. Quite sharp at first, but after some time in the glass, the nose is more approachable. Some zesty notes as well, and hints of fresh cut herbs.

Palate: Sweet vanilla, with a lot of wood. There is wee alcohol bite, then the second wave of flavours reminds me of sweet bubble-gum.

This is a very nice grain whisky. I didnt appreciate the nose at first., but some time in the glass mellowed the alcohol bite, and the nose got quite pleasant with those sweet,sugary and banana notes. The palate is not Over complex, but is nice enough, and it is very drinkable. All in all not a bad dram. I wonder what the price would be. Deducing from the 15 year old, it’s not going to be cheap.

This upcoming release from Cooley is the oldest grain whiskey they have released to date. I bench-marked it against the 8 year old.

Nose: I usually find grain whiskey, even when it's quite tasty, to be somewhat muted on the nose but this has an immediate zingy freshness and lot's of banana. The banana notes start out as green banana skin but develop to very ripe mashed banana. The trademark Greenore corn and milk notes are in evidence but the chemically metallic notes of the younger expression are replaced by a more appealing liveliness.

Taste: Thicker, smoother and more complex than the 8 year old, I can see why they are bottling this at 46%. It's mellowed with age and can cope with the extra ABV. In fact the higher alcohol content really carries the flavours and probably contributes to the more oily mouthfeel.

Younger grain spirit is often harsh and chemically but the 18 years this has spent in the cask have removed all that. Instead we have an abundance of vanilla building to tropical fruit, a touch of menthol then drying out with some grassy notes. Finally creamy sweet notes take us to the finish.

For me the 8 year old is cornflakes and warm milk but the 18 year old is caramelised corn fritters with crème anglaise. If you like Greenore 8 you are going to love this.

@dbk, yes, I do know that liquors are more expensive outside the US. It is hard to say how different the taste profile of Greenore is from a US aged corn whiskey, since it is almost impossible to find a US aged corn whiskey. I have found it impossible thus far to even locate a bottle of J W Korn, 4 year old US corn whiskey and have never seen any other references to corn whiskeys made in the US that were not sold essentially unaged. Perhaps you know some brands and sources that I do not? I want to taste the corn without rye or wheat overpowering its flavour, and to see what a little wood mellowing does to the corn whiskey flavour compared to the unaged version.

@Victor, the taste profile of the Greenore 8 is utterly different from your typical corn whiskey! I'm not saying that the price is commensurate with the value, but I suspect you've been spoiled by all the wonderfully low priced bourbons and ryes of impeccable quality in the US. Everything, including American whiskey, is more expensive outside of the US.