Average score from 2 reviews and 2 ratings 84 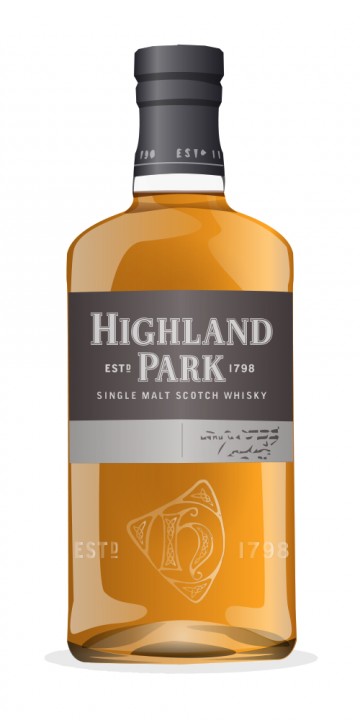 I'm generally a fan of Highland Park. It was one of the first whiskies I had ever tried. Luckily for me it was a bottle of the 18 year old and I remember thinking 'Bloody hell! There is no way whisky can taste THAT good!'

The entry level 12 year old is decent enough, in my opinion, while on the other hand the premium 25 and 30 are in a league of their own. Though, mind you, I have had a fairly ordinary 1998 once as well. Which is fine since there is no way you can hit everything out of the park.

Highland Park recently released six Travel Retail Exclusive NAS expressions named after Viking warriors from the ages. All of which have funny sounding Norse names like Sven, Kristoff and Olaf.

Wait, I think that's from the movie Frozen.

Anyway, this particular one is called Harald, named after the 9th century Norse ruler credited to be the first King of Norway and the one who unified the country. Unfortunately, the only thing this whisky is going to unify is the people who think it's quite average.

Produced using both American & European oak casks 50-50 first fill and refill and 50-50 Euro and American oak sherries it is bottled at a rather weak 40%.

Nose: Musty. Cabbage water. Mushy peas. Coastal sea-salt. Quite briney with a hint of malt balls. A touch of that Orcadian peat. Cherries. Red apples. The mustiness clears after twenty minutes in the glass leaving behind a more crisp sherry influence. It's a decent enough nose.

Palate: Caramel. Cereal. Quite mousy. Mild black peppers. Nuts. Brown bread. Yeasty. Drying oak. The palate is a touch underpowered. I don't know what another 6% could have done. No harm I'm sure.

Finish: So short. Chocolate. Cinnamon. Oak. But so short.

If you're going to name your whiskies after Viking warriors make sure they pack a punch. This one just limply shakes your hand.

Your description sounds quite off-putting. Not sure I want to smell cabbage water or mushy peas in my scotch...

Mark of 85 does suggest a pretty good dram though.

@Nozinan An 85 from me is about 81 for the Connosr average. I am a generous soul... Do try it if you can though I'm not sure you should spend 75 Euros on it.

Coming from the Highland Park Warrior Series (Travel Retail set), I'd say that Harald is the most delicate and uncharacteristic one. Though I've only tasted three out of six.

Harald is part American oak, part European oak cask and named after King Harald, who had a well-known victorious army.

In Highland Park Harald, the army is left short, though it's not a bad dram at all. It's just a wee bit too delicate when compared to it's two "brothers" (Einar and Svein).

Nose: Floral and earthly (smoky) at first, then becomes a bit dried and fruity. Very smooth all the way.

Taste: Very thin but pleasant. Very delicately nutty and spicy with green fruits. Nothing really seems to rise from the palate.

Finish: Floral and warming. Nice length with mild spices. Picks up a notch from the taste when it comes to character.

Balance: Okay in overall and very much like your usual HP's but lacks just a little bit in character. Still good though...