Average score from 2 reviews and 5 ratings 89 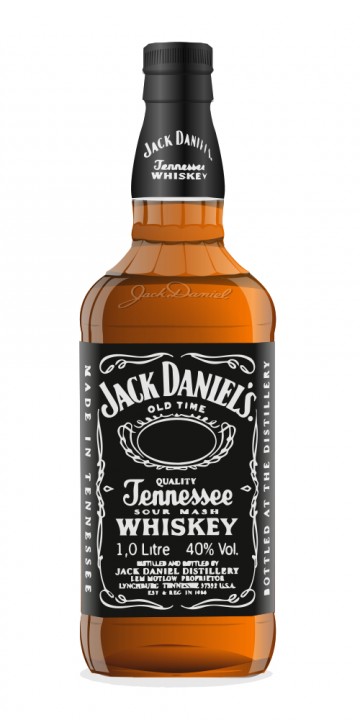 This is by far the best JD I have ever tasted- smooth as the best voice on the planet it's named after. It is 90% proof and different than the regular JD, since a portion of it is aged longer in special, "Sinatra" barrels. The nose is very appealing, honey, butterscotch and some apples; there is definitely some oak there too. The body is rich, full, has vanilla and caramel with hints of orange zest. The finish is long and smooth, packed with vanilla

Overall a superb whisky; the only think that is hard to swallow is the price- $165 a bottle

I am sipping it while writing this and wondering where can I get some more from this wonderful stuff?

Last spring, Jack Daniel’s Sinatra Select was released as a duty-free-only bottling. Last week, Binny’s made a precious few bottles available on their shelves. And just yesterday, a very special friend (who thought he owed me a favor, which he really didn’t) gave me a bottle of Sinatra Select as a gift. What made him an even more special friend was that he also provided me with a sample from his own bottle, as he had the good sense to know that I may never open mine.

To say I’m a huge Frank Sinatra fan would be a bigger understatement than saying Niagara Falls is rather wet. Say what you will about his personal life (and I offer no apologies for that), the man was the greatest popular singer of all time. I own everything The Voice ever recorded, including hundreds of recordings that the law says I'm not supposed to own. I saw him in concert nine times and only regret that I couldn’t have seen him a hundred more times.

Needless to say, I was hugely appreciative of this gift, even if I’ve never been blown away by anything in the JD family since I started taking whisk(e)y seriously. These days, Old No. 7 tastes more like number two to me. (Okay, it’s not that bad; I just couldn’t resist the cheap joke.) But Sinatra lived during a time when Chivas (for which he also shilled) was the epitome of whisky connoisseurship, so I’ll forgive that his favorite libation was JD with a splash. The man was married to Ava Gardner, so shaddap already.

Word is that Sinatra Select was aged at least a year longer than Old No. 7, in barrels with grooves that “go deeper than the charred surface.” It’s also bottled at 45% ABV, “the same strength as when Frank drank it,” according to JD’s marketing department. All I know from my sample is that it’s a decent, straightforward, and bold whiskey that suggests a time when entertainers could indulge in booze and cigarettes on stage and grownups were neither offended nor worried if such vices seduced the youn’uns.

Nose: Wow, wood. The woodiest whisky or whiskey I’ve ever sniffed. Also more smoke than I’m used to in a bourbon (oops, sorry—make that Tennessee Whiskey). Some corn, pepper, and oranges in the background, but it’s the oak (with a bit of its natural vanilla) that overwhelms. A little rough and one-dimensional but not bad.

Palate: Through the arrival, development, and finish, I get caramel, vanilla, and oak wood. Some nice peppery heat on the tongue, followed by a very smooth finish with a nice little citrus tang. Goes back and forth from oranges to limes with each sip. Decent enough, even if the sweetness has to struggle to balance the bitter wood.

I usually have two drams when writing a review, but in this case I did what I could with my wee sample. I found it smooth enough to enjoy neat, so I can’t tell you what a little water does to it. It’s definitely a step up from Old No. 7, although it’s mostly a more intense, yet smoother, version of the same. Before Sinatra Select was released to a few stores, it was commanding ridiculous prices among collectors, which is why I’m choosing to keep my bottle sealed for either future sale or a special occasion. Perhaps I’ll crack it open for Frank’s 100th birthday in 2015.

Finally, here’s Sinatra in his prime singing the greatest of all saloon songs. Enjoy while sipping, but do so with caution if you’re nursing a broken heart: www.youtube.com/watch

Thanks, great and funny review! The charring really makes me want to get this, though I really am not a JD fan. The wood and smoke along with a palate that sounds refreshing like you described...I have to get this bottle.

Here's my favorite "drinking song" by "The Chairman of the Board" www.youtube.com/watch