Average score from 1 reviews and 1 ratings 85 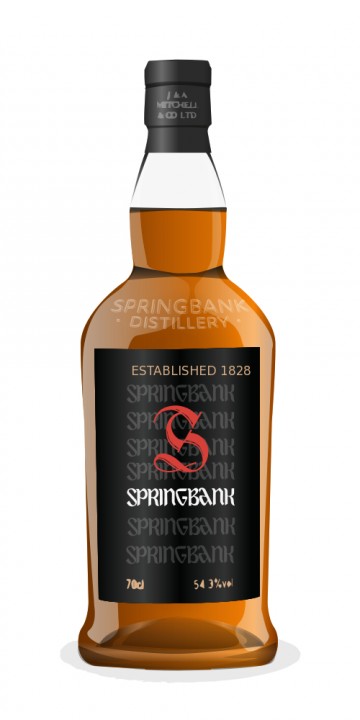 The Springbank 25 Year Old is rather rare (not more than 1.200 bottles in 2014) and contains whisky that spent 25 long years in bourbon casks before getting a finish on port pipes. It has not been on the market long and I encountered it first at the Spirits in the Sky festival.

It is amazingly fruity on raspberries, oranges and baked apples, sprinkled with cinnamon. But some gooseberries, green plums and raisins also show themselves. I get a touch of paraffin with a hint of gyproc and tobacco, but apart from that not much of the traditional Springbank is to be found. It is a bit of a fruit bomb. But what a great nose!

I would not have minded a bit more body. On the palate, the port pipe puts its foor down from the start, making this Springbank show a lot of red fruit. Plums, raspberries, strawberries, caramelized oranges. It flirts with the wine, balancing on that fine line of winey. Spicy as well. Cinnamon, ginger, cloves and liquorice. Good, do not get me wrong, but I had expected more of the Springbank character. Must be me.

The medium long finish offers another boost of sweet and red fruit, but at the death some salt arrives to cross the proverbial t.

Nice whisky, contrary to the ugly packaging. But that is beside the point, obviously. But the price – some 450 EUR – is a showstopper for me.