Average score from 4 reviews and 6 ratings 92 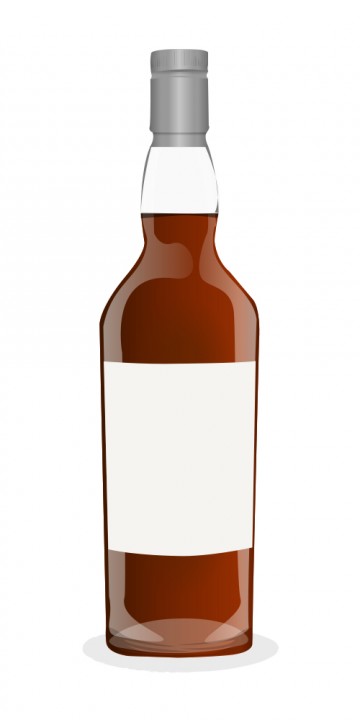 Yes, I am quoting Gerard Manley Hopkins, the immortal poet, in the title of this review. I could not resist. This dram is the achieve of, and the mastery of the thing we call olfactory and gustatory delight in the glass when it comes to the living waters we know as "whisky."

I opened my bottle of Tobermory 15 tonight and was not disappointed. It is everything I remember from the glass I bought at the Highland Stillhouse a month ago, and more.

Now, as for the Sherry Bomb mention, I find that this dram is the perfect compliment to Aberlour A. How? The A'bunadh is fireworks to Tobermory's sophisticated understatement.

Which is better? Well, it depends upon your mood, but the Tobermory is perhaps a little bit closer to perfection for me. The T 15 is utterly dependable, whereas the Aberlour A. depends upon the batch. . . .

Nose: Sherry, sherry of the highest sort, Exquisito Doble Capa cigar tobacco, cream. Would I smoke a Crown David cigar with this dram? Most definitely. The Exquisito Doble Capa is an excellent combination with this dram. I just finished the cigar with two glasses. Beautiful. Just beautiful. Why did I fetch this cigar from my humidor? Because the dram reminded me of it! It called for it! It "spoke" to me, so to speak, and told me to go get this precise cigar, and I answered the calling, fetching it, lighting, it, smoking it, with this dram. . . .

Finish: Long, deep, delightful, hint of cherries, the perfect "burn" not to much not to little, long long long, finally a hint of mocha and Stump Town House Blend coffee.

Color and appearance in the glass? Well, GM Hopkins' poem, "The Windhover," pretty much sums it all up:

This whisky is starting to seem overly sweet to me as time wears on. For instance, I just can't drink this in the same sitting with Ardmore Traditional Cask. I think it is over-priced for a 15 year. For instance, a bottle of Glenfarclas 21 year can be had for about the same price in Oregon, USA. The Farc 21 seems like a much better balanced sherry bomb to me than the Tobermory 15.

Also, the cork diameter in the T15 seems a bit small for the bottle. I have concerns that the whisky inside might go bad over a normally reasonable amount of time for whisky to sit on a shelf even if the level inside the bottle is well over half.

The nose on this whisky is extraordinary, however. One evening, I found myself smelling it as though the nose had some sort of intoxicating effect in and of itself. I just could not stop smelling the nose repeatedly. Delightful.

So, T15 is not the woman you'd marry, but the date was lovely and you won't be throwing out her number just yet.

I did some speed dating tonight, setting the bar high straight out with a dram of Talisker 18 to start, a very short Wasmund's Single Malt Whisky just to double-check my impressions from last night, then a very patient dram with the goddess Highland Park 18 and a circuitous ride home from my gal Longrow 7 Gaja Barolo. It was a good night, but, alas, it ends!

My wife bought me a whisky Advent calender from Master of Malt for Christmas. 24 different whiskies from all around the world, all different styles, all different ages, it's enough to make me giggle!

An Island distillery from the Isle of Mull.

I've never tried Tobermory before, had only heard of it in passing, so I was quite keen to crack open the sample and get into it.

Bottled at 46.3% ABV and a dark golden color this whisky looks so inviting.

The sample was covered with a glencairn cover when I wasn't actually tasting it for the record.

The nose was stupidly complex, starting off oaky and then sweet and fruity, with figs, plums, raisins, all aspects of it's sherry influence, hints of cocoa appear and then it then slowly moves to a slight peaty influence, then spicy, but as time goes by a few wisps of smoked meat appears and then it goes to spicy oranges.

Very sexy. The nose alone makes me want to pick up a bottle of this!

Big strong sexy flavors of the fruits and oak are all over the palate, big enough that I'm taken aback just a little bit. Just a wee bit stronger then 46% and it's got so much flavor, it's so big that I'm blown away. The oak and sweet fruit slowly moves into hints of the cocoa that was on the nose, just a wee bit, at times it's almost like a memory of a memory of the cocoa, then the actual cocoa. The spices are present, at times cinnamon, hints of nutmeg, but it never moves into overpowering.

The finish is spicy, but now is the time when I'm actually saying to myself "I know I'm in the Islands" it goes a little salty with brine and just a hint of that peat rearing up it's little head again.

Holy crap this is an awesome whisky! And so far in all the whiskies out of this advent calender this is the clear winner. Blowing everything else out of the water.

However all this beauty comes at a price, at least in Australia it does. $140 Aussie dollars, but hey quality does cost. And I've had quite a few whiskies that were that expensive or even more so that weren't worth the price. This one is!

If you get a chance to try this whisky, do it!!

Apparently this 15yo bottling by Tobermory is a fairly new addition to their range, since it has not been mentioned too often yet in books / articles. I can't remember really why I ended up buying this bottle, but it turned out to be one of my best buys.

The nose is clearly sherried, but not overly so. It also combines sweet dried fruits: raisins, figs and plums to a faint peaty aroma. You can tell by the nose already, that this'll be something nice.

The body is fairly heavy and almost chewy,very nice indeed. The palate continues with the sherried fruit cake and you can also start picking up the oaky dryness. It has some spicyness also, but not strongly tingling pepper like Talisker for example, but more gentle spices.

In the finish this Tobermory shows it island character the most, in my opinion. The spices continue from the palate, but quickly faint giving way to dry maritime flavors of seaweed, salt and gentle peat.

All in all, I can highly recommend this dram. My first encounter with Tobermory and I'm immediately impressed.

Tried this the other day at the Highland Stillhouse due to this recommendation. The glass cost $23. It sure was good, but was overpowered by the sherry. Still, it was one of the better scotches I've tasted in a while. It changed mercurially with time in the glass. Before it changed permanently and stabilized, the most wonderful flash would hit my palate in the finish. It wasn't there at the start or the end of the whisky's time in my glass (about 25 minutes) but it did emerge after about 15 minutes with no shortage of magic. Great suggestion, even though the sherry felt like a granny's drink at first before it burned off a bit and was subsumed with other delectable flavors.

I have to agree, the sherry here is really dominant but quite to my liking. For some reason I've been very keen on these heavily sherried drams lately. I have a bottle of Aberlour A'bunadh waiting unopened, I'm assuming it'll be even more of a sherry blast.

The first thing about this single malt from Mull is it's absolutely gorgeous wooden packaging. The beauty of the presentation alone is worth acquiring this gem.

The nose is a big white dish of dark purple fruits stewed in the oven and then removed. There's blueberries, blackberries and thick chunks of plum. The fruits are then piled on to a rich, chewy fruit cake with layers and layers of fudge. Finally a light drizzle of spices, a hint of oak and a touch of something floral.

The delivery is a bold smearing of burnt marmalade on toast in tandem with juicy dark berries. Suddenly massive spices explode with a showering of chocolate chips and wood shavings. Adding a drop of water makes the palate a bit dry and definitely more oaky.

This is a fantastic dram with a lot of complex flavors. And funnily enough I love it because of it's massive spices.

I had this Tobermory 15 at Oran Mor, Glasgow, while on holiday and I loved it! Absolutely complex enough and spicy indeed.